Right now, the Australian army is hosting one of its largest military exercises with participants from the US Marine Corps and the French military working side-by-side with Australian forces. The three militaries are practicing how to work with each other as well as how to best incorporate the strengths of each force.

And that gives us a perfect chance to watch the highly mobile, flexible, and lethal Marine artilleryman at work.

For warfighting exercise Koolendong, the 3rd Battalion, 11 Marines brought out their “Triple Sevens.” These are M777 howitzers which fire 155 mm shells. An M777 is capable of sending a 103-pound shell to a target almost 14 miles away and of hitting that target within 54 yards thanks to a GPS-guided fuze.

An extended-range version of the round can go almost 23 miles at maximum range.

But of course, the rounds and the howitzers are only as good as the artillerymen manning them, and the Marines in the video above prove themselves quite capable of using their weapon to maximum effect. 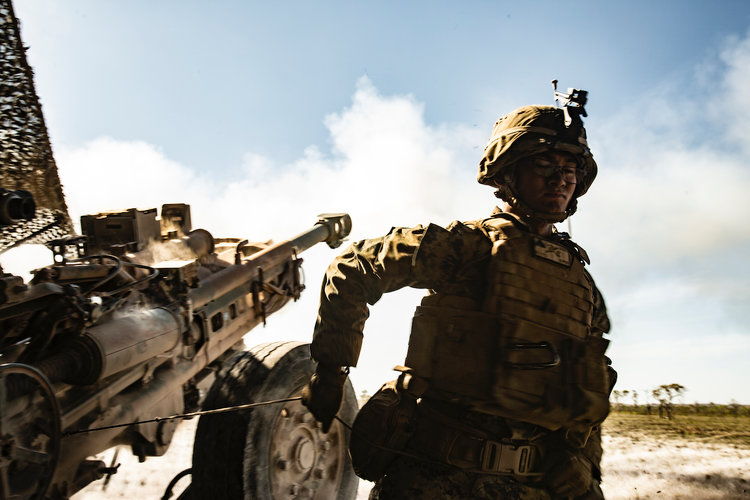 While other troops sometimes make fun of artillerymen with accusations that they’re too weak to walk all the way to the target or too dumb for other work, the fact is that artillery requires a crap-ton of math, even more upper body strength, and an insane level of attention to detail.

And that need for strength and attention to detail only gets greater the larger the gun is. And if artillery is king of the battle, the M777 is a roided-out king who could wrestle a lion.

There’s a Marine who ferries ammunition from the truck or ammo supply point to the weapon, which requires a quick movement of dozens of yards while carrying over 100 pounds every time he does it. 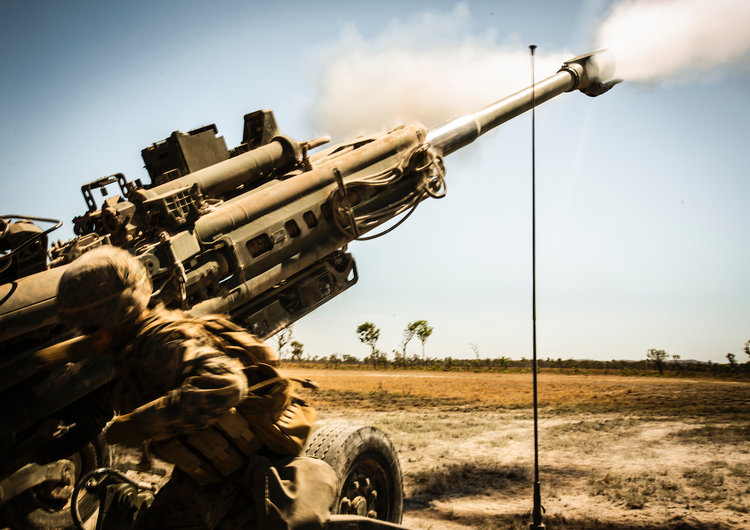 There are two Marines who work together to ram the round from its staged position into the breech, something that is accomplished with a massive, heavy tool that they sprint against.

There’s the gunner who’s trying to make sure his weapon is perfectly aimed after each shot, even though it settles into the dirt differently after every firing. The tiniest mistake in his measurements could send the round hundreds of yards off target.

And while the crew is firing at its sustained rate, of two rounds per minute, it can be tough. But their max firing rate is five rounds per minute, meaning that they have to repeat their physically and mentally challenging jobs every twelve seconds without fail. To see what that looks like, check out the video at top if you haven’t already.