Home » Here's what we know about England's reopening plans

London (CNN)It was only two weeks ago that Boris Johnson looked set for a triumphant spring, as the UK’s rapid vaccine rollout meant his country could put the nightmare of the past year-and-a-half behind it.

What a difference a couple of weeks makes. The British Prime Minister and his government are currently engulfed in numerous grubby scandals, a war of words with Johnson’s former closest ally and a potentially catastrophic allegation that he was happy to let people die to avoid putting England into a second pandemic lockdown.
The latter of these is by far the most immediate and dangerous for Johnson. On Monday, he was forced to deny saying that he would rather “let the bodies pile high in their thousands” than impose another lockdown. The explosive allegation was made in the Conservative-supporting Daily Mail newspaper, citing unnamed sources, claiming that Johnson made the comments in October 2020 after England’s second lockdown was imposed.

Johnson, Downing Street and senior government figures have aggressively denied that these words were used and, not unreasonably, pointed out that the Prime Minister implemented that lockdown and locked down again in January amid rising cases of new variants.

It goes without saying that even the suggestion Johnson used the words would cause enormous offense to a nation that has lost at least 127,000 people to Covid-19, something the opposition Labour Party clearly understands.

Party officials told CNN that they believed the story, while Angela Rayner, deputy leader of the opposition, said Johnson had already “degraded the office he holds with rampant and overwhelming sleaze,” reserving particular scorn for “making light of the more than 127,000 deaths that happened on his watch.” 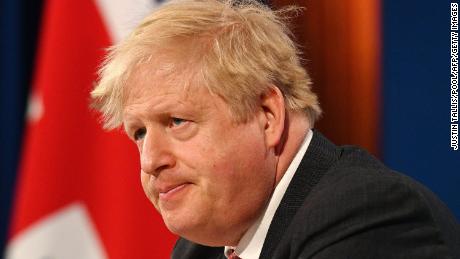 Despite follow-up stories from the BBC and ITV, among others, the facts of what was actually said and how many people heard it remain murky. The Mail and ITV both report sources claiming that Johnson said he would rather “bodies pile high in their thousands” than enforce another lockdown, the latter claiming they were shouted in Johnson’s study with the doors open, meaning a lot of people heard.
The BBC’s initial version of events was slightly different, with unnamed sources who were in that same meeting claiming Johnson suggested that “bodies could pile high” but adding important context that at the time the government was worried about the toll of lockdowns and the impact they had on non-Covid related health issues. Later in the day, an update to the BBC story brought the language closer in line with that of the Mail and ITV.
In the interest of presenting the widest range of views on what happened, CNN spoke with multiple former and current government officials and insiders, including people who worked with and for the Prime Minister during the period in question.
A small number of sources claimed they had been told the Prime Minister had used the words in question, but had not heard them firsthand. A small number of other sources claimed they heard Johnson shouting, but could not be sure exactly what he said or the context in which he said it.
By far the largest group said that they knew certain enemies of the PM were pushing this rumor around Westminster for months since the alleged incident in October. While some believed it was “the sort of thing Johnson might say” and that he “seems at times to forget he is Prime Minister” when talking about sensitive issues, others expressed sympathy that things are often said in government that “look awful on paper” when taken out of the “appropriate context.”
Ultimately, most agreed with the view that Johnson, a man who by his own admission was nearly killed by coronavirus, would not have made comments this callous and point out that we at most know eight words from a sentence of which most people have a shaky memory.
Senior minister Michael Gove, who was in the October meeting in question, defended Johnson in Parliament on Monday. “The idea that he would say any such thing I find incredible. I was in that room, I never heard language of that kind,” Gove said.
The strength of the denial Johnson and his team have issued means that this story can only end in two ways. Either the public moves on, their opinions of Prime Minister largely baked in and little changed, or an audio recording of the comments emerges, which would be devastating for Johnson. 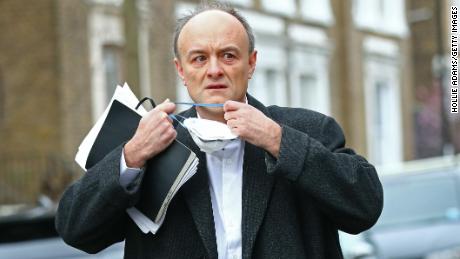 However dramatic that might seem, this spat is taking place amid a nasty — and potentially more damaging — war of words between Johnson’s inner circle and his former chief adviser, Dominic Cummings. Cummings left government in November amid a public power struggle in Downing Street.
On Friday night, Cummings published an extraordinary blog post, refuting claims that he was behind a series of leaks that could damage Johnson.
In the blog post, Cummings denied leaking text messages between Johnson and the inventor James Dyson. In the messages, Johnson says he would “fix” concerns Dyson had about a change in tax status for his Singapore-based staff if they came to the UK to make ventilators, according to a BBC report.
He also denied leaking the PM’s decision to put the nation into lockdown in October, claiming he’d been informed another member of Johnson’s staff was the most likely leak. Cummings added that Johnson wanted to end an investigation into this leak because the individual in question was close friends with Johnson’s fiancée, Carrie Symonds.
Cummings also made a damaging allegation that Johnson and Symonds had used Conservative donor money to renovate their living quarters in Downing Street. He said that he believed the PM’s plans were “unethical, foolish, possibly illegal and almost certainly broke the rules on proper disclosure of political donations.”
Finally, he claimed that Johnson’s director of communications “made a number of false accusations to the media” at the PM’s request. Downing Street has denied this.
The clear animosity means that most suspect Cummings was behind the “bodies” leak, an allegation he denies. They also fear he will continue to attack the government both on and off the record in the coming weeks. CNN has reached out to Cummings for comment.
This would be hard enough in normal times, but it comes as Johnson and his team are fighting off allegations of corruption over the scandals mentioned above and a lobbying row surrounding Johnson’s former boss, former Prime Minister David Cameron. Cameron has admitted directly communicating with Rishi Sunak, Chancellor of the Exchequer, and leaning on him to provide Covid relief funds for a bank he worked for. Sunak said he would “push” his team.
Potentially worse for Johnson, he is fighting local elections on May 6, along with a by-election for an empty seat in the former Labour stronghold of Hartlepool in northeast England. Winning the seat would cement the narrative that Johnson is a different type of Conservative who has transformed his party from one led by out-of-touch elites to the party of normal people. 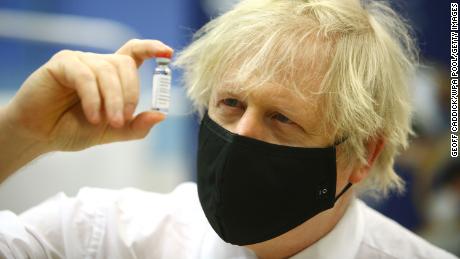 Naturally, scandals accusing he and his team of grubby behavior, especially concerning money, somewhat undermine this claim.
To some extent, Johnson is an unusual politician who manages to ride through difficult times. He has emerged from a pandemic in which he made clear mistakes leading polls.
Historically, he has benefited from the public’s general sense of distrust in politics.
“The public is in generally skeptical of politicians and assume they are up to something,” says Will Jennings, professor of political science at Southampton University. “Polling can be misleading in this sense: if you ask people if they trust Johnson, they might say no, but that doesn’t mean they won’t prefer him to be PM over his opposite number.”
Ipsos MORI’s Ben Page says that Conservative polling numbers have dropped in recent days, but “on the fundamental question of whether the public would rather have Johnson in power, he still seems to be winning.” However, Page adds that “in three months, a lot of scandals, poorer than expected local election results and any disruption to the road out of lockdown could take off some of Johnson’s sheen.”
That seems to be the real problem facing Johnson. Scandals, spats with former advisers questioning his judgment and a general sense of the wind being taken out of his sails could weigh down a man who was sprinting not long ago.

The public had been able to overlook a lot of Johnson’s shortcomings in recent months because of the vaccine success. However, if all of this mud starts to stick, those who previously gave him the benefit of the doubt might have a change of heart.
And when political momentum moves away from you, the reality of what you say or do in private stops to matter if the public at large feels it cannot trust you.
Source: Read Full Article