Just like many aging Tinseltown thespians and institutions over the years, the Hollywood sign is about to get another new face.

Thanks to 400 gallons of paint, to be precise.

In anticipation of the hillside landmark’s 100th anniversary in 2023, an eight-week long refurbishment of the sign is set to start on September, 19, announced the Hollywood Sign Trust and paint retailer Sherwin-Williams today.

“The sign is the pride of Los Angeles and we are excited for fans all around the world to see this makeover for a very special 100th anniversary,” said Hollywood Sign Trust boss Jeff Zarrinnam on Thursday. “The opportunity to partner again with Sherwin-Williams on this extensive project will help continue the legacy of the sign, a symbol of a place where magic is possible and where dreams can come true,” he added of the near perfectly timed endeavor between the Emmys and the Oscars.

With each letter on the sign running 45 feet high and 31 to 39 feet across, a crew of 10 workers will prep, pressure wash, prime and paint the nine-letter display. Weather permitting, the plan is that equipment setup by LA-based commercial painting outlet Duggan and Associates will start next Monday to be followed by painting preparation from September 26 to September 30. Once that portion of the job is completed, priming and actual painting with the dirt, mildew and other hazards resistant High Reflective White SW 7757 in Emerald Exterior will kick off on around October 3.

This is actually the second time in a decade that the Trust and Sherwin-Williams have teamed up. Back in 2012, the sign received a spruce-up very similar to what it will begin to have next week.

A beacon of the City of Angeles and the industry of dreams, the Hollywood sign in 2022 remains a favorite photo backdrop for tourists and a hiking destination for sometimes obtrusive locals and out-of-towners alike. First erected in 1923 with an accompanying searchlight to spotlight real estate opportunities in and around the hills up the road from Hollywood Boulevard, the sign was trimmed from Hollywoodland to simply Hollywood in 1948. 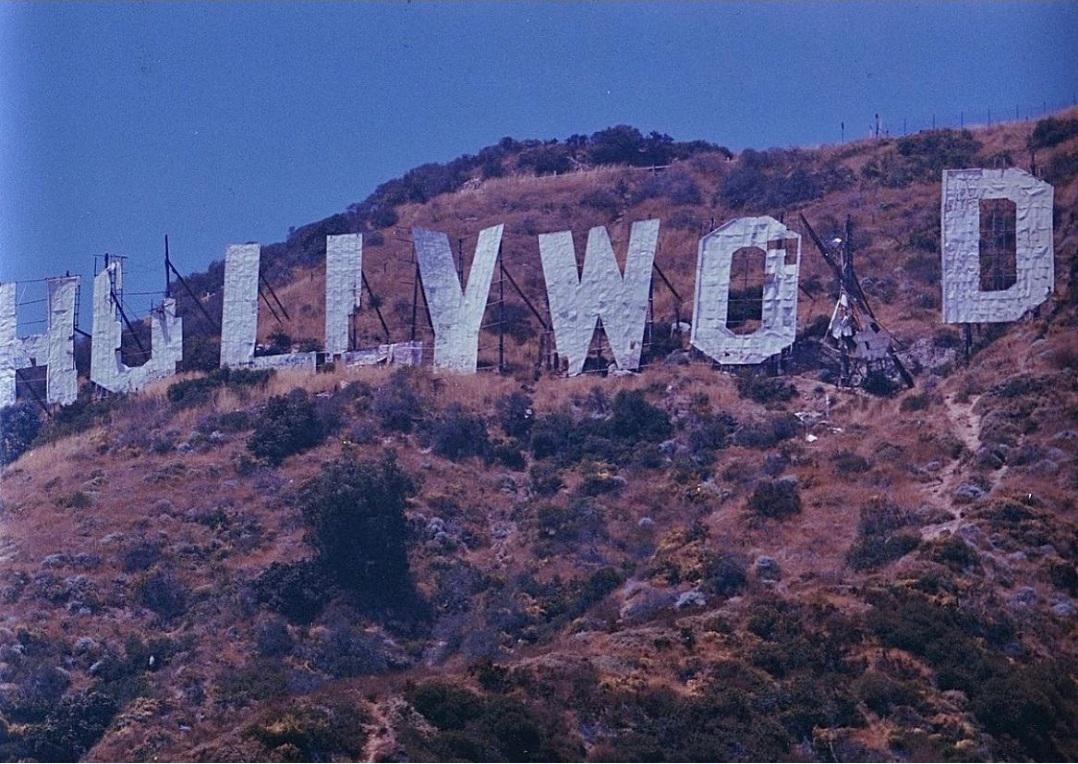 Originally only intended to last a couple of years, the sign increasingly became an eyesore over the decades. First gussied up in 1949 after the H letter tumbled over, the sign was once again brought back to gleaming glory in the late 1970s thanks to nine well-heeled donors. Alice Cooper, Hugh Hefner, the shock rocker’s Warner Bros Records label, crooner Andy Williams, Panaria Film co-founder producer Giovanni Mazza, Gene Autry and another trio forked over $27,777.77 each for one letter respectively in 1978. In celebration, the unveiling of the new now steel letters was featured in a CBS special in November of that year.

Subsequently, under the governance of the 1978 established Hollywood Sign Trust, the looming. letters have been painted, secured, vandalized, fenced in and transformed for local commemorations like championship sports wins But don’t worry about any fences or arduous hikes over the coming days, you can virtually watch the work on the soon-to-be centennial sign starting next week here