Home » Business » How resurrected DLF is planning its tryst with Mumbai

Being a predominant player with a track record spanning decades in the NCR market, DLF will have an advantage in monetising its inventory faster at a better price point. 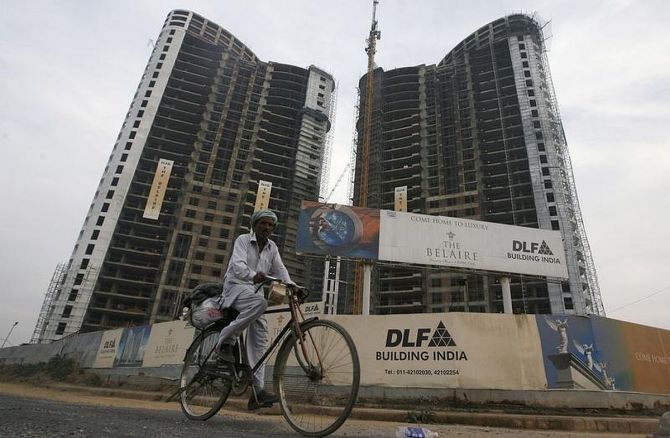 In mid-2020, when Kushal Pal Singh, the undisputed king of India’s vast real estate market, relinquished the top post at the country’s largest realtor, he left behind an empire that is best compared to the Greek myth of the Phoenix.

Once the leader of Delhi’s organised real estate market, DLF’s steep decline in the 1970s and its majestic rise since has often been cited as a business resurrection story.

Now, a year after his departure from the helm of affairs, history seems to be repeating itself at the real estate major.

In the 1970s, it was the government prohibitions that had forced DLF to venture into uncharted territory; some five decades later, the Delhi-headquartered firm has set its eyes on another growth trajectory that holds immense potential.

After concentrating on its home-turf — the national capital region of Delhi — for over seven decades, DLF has finally decided to aggressively venture into the country’s largest residential real estate market — the Mumbai Metropolitan Region (MMR) — and the fifth largest market, Chennai.

To tap the new-found vigour in the Lucknow market, DLF plans to venture into the capital of Uttar Pradesh, too.

Together, these three markets account for roughly half of India’s total housing demand.

According to Ashok Tyagi, joint-CEO and whole-time director at DLF, the group has already completed and delivered projects in Chennai, Bengaluru, Kolkata, Kochi, Indore, Lucknow, and Chandigarh Tricity.

“We are in the process of evaluating the best development plans for the residual land parcels in some of these cities and will work out launches accordingly, in addition to reinforcing the sale of residual inventories,” he said.

DLF’s tryst with the MMR market is not completely new.

It has had smaller joint ventures and land ownership projects in the region earlier.

In 2012, DLF sold 17 acres of prime land in Mumbai to Lodha Developers for about Rs 2,700 crore, nearly four times the price at which the company had bought this parcel in 2005.

It owns another land parcel in Mumbai.

However, like the last time, the business environment has probably provided a greater impetus.

The opp­o­rtunities in Guru­gram, once its play­ground, are shrinking on the back of the rapid development of the Delhi-Mumbai industrial corridor that passes through the Sohna region, the entry of aff­o­rdable housing developers such as Signature Global and the Haryana government’s active backing of plot developers.

“The real estate sector has gone through a tough patch in the past few years and we have strengthened our internal organisation and processes, and excelled in all the geographies we operate in. We have fixed our balance sheet and believe we are at the start of the next buildout cycle,” Tyagi said.

The latest endeavour is no less in comparison to its last massive transformation drive.

Founded by Singh’s father-in-law, Chaudhary Raghvender Singh, as Delhi Land & Finance in 1946, by the mid-1970s DLF was facing an existential crisis when the Delhi Development Board was set up and urban land reforms were introduced in the capital.

Despite developing some of the capital’s upmarket residential neighbourhoods such as Greater Kailash, South Extension, Kailash Colony and Hauz Khas, by 1976 DLF’s business was close to extinction.

Amid talk of selling off the business at some Rs 25 lakh, Singh took over the baton in 1979 as managing director.

With the Delhi market closed for any large-scale development, Singh turned his attention towards neighbouring Gurugram (then Gurgaon) in Haryana.

The absence of urban land ceiling rules and abundance of agricultural land in the area boosted his fortunes as he began buying and consolidating land parcels from farmers — at least 5,000 acres by the mid-1980s.

The plan was to renovate the region and build a satellite city to New Delhi, where internat­ional firms would set up offices.

“The whole idea was, when you plan, plan not for one decade but for centuries.

With this aim, the idea of DLF City was adopted and executed during the 1980s that, after the liberalisation of the economy in 1992, began attracting firms in business process outsourcing (BPO) and information technology.

To strengthen DLF’s position, Singh brought General Electric into the country in 1989, a move that became the nucleus of Gurugram’s development as a hub of India’s BPO industry.

Since then, DLF has grown manifold and attained the stature of a leading real estate group in the country.

Its $2 billion initial public offer (IPO) in 2007 recorded as India’s biggest IPO at the time.

In spite of the rude Covid-19 shock that saw the real estate market collapse, DLF has managed to deliver strong financial performance during the April-June 2021 quarter.

According to analysts at Yes Securities, being a predominant player with a track record spanning decades in the NCR market, DLF will have an advantage in monetising its inventory faster at a better price point.