After the government backtracked on its plan to impose Customs duty on pricier components, Samsung has decided to begin production of key mobile parts in Noida from April. 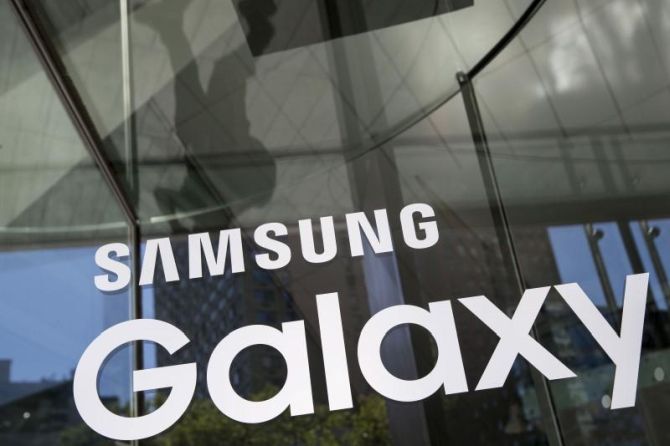 The move is significant as it comes after the government backtracked on its plan to impose Customs duty on those pricier components from February 1.

According to sources, the withdrawal of the February 1 deadline came as a breather for the company that had in the past one and a half years struggled to improve its share in the local smartphone market.

After it lost the top slot to Xiaomi in September 2017, it charted a comeback plan.

It heavily focused on India specific innovations and increased the scope of local value addition in handset production by moving towards complete-knocked down (CKD) manufacturing.

For the first time since 2012, Samsung finished the calendar year 2018 at the second spot with 24 per cent share, behind Xiaomi (28 per cent).

Following the government’s earlier notification that had advanced the deadline for local production – from FY19-20 to February 1, 2019 – Samsung, in a letter to the prime minister’s office expressed deep concerns over sustainability of the local manufacturing unit.

The firm had said that the advancement of the deadline would hamper its production and export plans from the India unit.

Further, Samsung might have to stop production of some of its flagship models like Galaxy S9 and Note9, apart from a cut in export from India to 15 per cent of its total production from 40 per cent planned earlier, the letter said.

The firm is now set to manufacture those components at its Noida facility.

In July, the Korean manufacturer had announced a mega-expansion plan for the Noida facility in an extravagant ceremony with Prime Minister Narendra Modi as its chief guest.

It planned to develop the plant as the world’s largest mobile manufacturing facility by expanding its production capacity to 120 million units of handsets a year by 2020 from 68 million.

Further, Samsung said it would increase exports from India and would invest Rs 4,915 crore.

But sources say the Centre may extend the deadline to April 1, 2020.

Industry bodies like India Cellular and Electronics Association and Consumer Elect­ronics and Appliances Manufac­turers Association had been lobbying for an extension in the original deadline, given many handset makers are yet to meet the previous deadline of 2017-18 and 2018-19.

Samsung is not resuming production of television in India.

Early last year, it had stopped producing TVs locally after the government imposed a 5 per cent import duty on panels.

Since then, the firm is importing fully-finished TV sets from its Vietnam facilities.

The firm imports from Vietnam without paying any import duty due to a free-trade agreement.

“Until the government makes local TV production competitive, it is unlikely that Samsung India would resume production,” said a senior executive with knowledge of the developments.

Mobile phone makers Oppo and Vivo, both from Guanzhou-based BBK Electronics, are likely to follow their South Korean rival Samsung in making key components locally in the next one year.

The move comes as the Centre deferred the imposition of duties on crucial parts, sources told Business Standard.

Companies, it is learnt, had lobbied hard for the postponement of the import duty to April 1, 2020, instead of it being implemented on February 1, 2019.

Samsung will begin making components from April 2020, once the duty kicks in. Production will start at its Noida facility, which is also its largest mobile phone manufacturing plant in the world.

While mails sent to Oppo and Vivo elicited no response till the time of going to press, sources said the firms, like Samsung, had been pushing for the import duty deferment, saying it would hamper investment in a local ecosystem they were building.

Oppo and Vivo, too, have manufacturing units in Noida.

According to industry leaders, the postponement of the duty levy would give handset makers time to align their production plans with suppliers.

“Many would also have to find suppliers of those components while others may have to put up a plan in co-ordination with their existing suppliers, who would have to start producing parts. It is a step in the right direction,” a senior executive from a smartphone company said.

Vikas Agarwal, country head, India, OnePlus, said the next phase of manufacturing in the country would require a local base from where components would have to be sourced.

“All brands, including OnePlus, are looking at localisation seriously. We are talking with our suppliers and plan to increase the level of local value addition,” Agarwal said.

To put things in perspective, the government had decided to advance the phased manufacturing programme (PMP) for FY20 by two months, saying it would give ‘Make in India’ a boost.

PMP envisages converting India into an electronics manufacturing hub by making imports dearer. Since 2017, the government has increased Customs duty on mobile components, encouraging firms to manufacture these products locally.

While the government claimed that the PMP schedule for FY20 was being advanced to coincide with the interim Budget, mobile phone makers had argued that they were unprepared to manufacture these components quickly, since they were expecting the levies to kick in from April 1, 2020.

Pankaj Mohindroo, chairman of industry body India Cellular & Electronics Association, said that the focus should be on manufacturing components that were part of previous PMP programmes rather than adding new items to the list.

Samsung had written to the Prime Minister’s Office last month, saying that the advancement of the FY20 PMP deadline to February would hamper its local production and export from India.

The firm also said it would have to stop production of some of its flagship models if the government went ahead with its move.

Also, it would have to cut exports from India to 15 per cent of its total production from 40 per cent planned earlier.