(CNN)Texas’ ban on abortion beyond six weeks — before many women even know they have conceived — has widened the reproductive health gap between the United States and other leading democracies.

The US Supreme Court formally denied a request from Texas abortion providers to freeze the new law on Wednesday, even though it violates Roe v. Wade, which legalized abortion across the US prior to viability, which happens at around 24 weeks of pregnancy.

One of the most restrictive in the US and the entire developed world, the law also allows private citizens to bring civil suits against anyone who assists a pregnant person seeking an abortion in violation of the ban.

The move by Texas opens the door for other Republican-led states seeking to pass similar legislation and puts Roe further at risk. 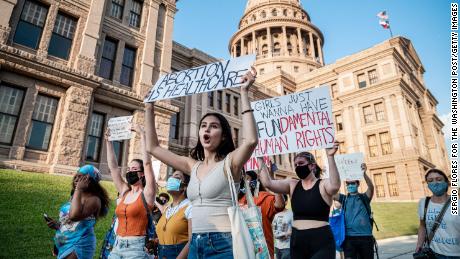 The United States is among 55 countries where abortion is legal at the request of the person who is pregnant with no requirement for justification, according to the World Health Organization.

But restrictions on abortion at the state level mean that accessing an abortion is far more difficult in some places than others.
Here’s how the US state of Texas compares to several other countries around the world.

Key US allies have far greater access to abortion

In developed countries where abortion is legal, none have set a gestation limit as early as six weeks, according to the Center for Reproductive Rights (CRR), which campaigns for improved access to abortion.
The US’ northern neighbor, Canada, is one of the few countries which allows abortion at any point during pregnancy. Prime Minister Justin Trudeau has criticized moves in US states to make abortions more difficult to access. Abortions are available at hospitals and private clinics; in most cases the procedure is covered by provincial government health insurance plans, which means they are essentially free. But the lack of a national abortion law in Canada has left access to services across the country patchy. 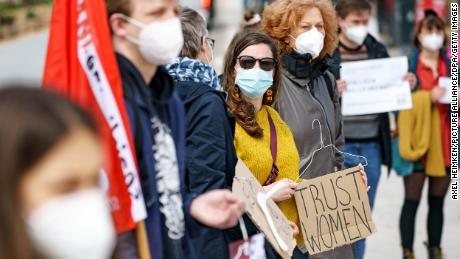 Most European Union nations — including those in the G7 — allow abortion with gestation limits, the most common being 12 weeks, according to monitoring charities including CRR. Exceptions after that period are usually permitted on certain grounds, such as if the pregnancy or birth poses a risk to the mother’s health.
Opposition to the procedure is generally less widespread in those countries than in the US.
But anti-abortion protests occasionally take place in countries including the UK, where some councils have responded by reducing protesters’ ability to interact with people entering clinics.
Activists around the EU have also called for loosening restrictions in their countries; in Germany for instance, abortion is permitted up to 12 weeks of pregnancy, but people seeking the procedure are required to attend a compulsory counseling session, which is followed by a mandatory three-day waiting period. Doctors there have also been prosecuted for sharing details about the abortion services they offer because any “advertising” of abortions is outlawed. 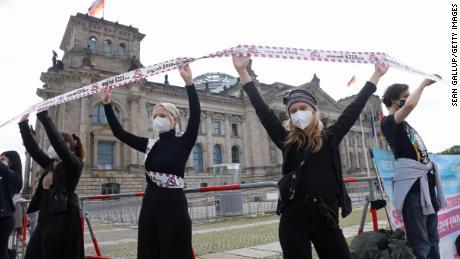 Japan, alongside countries like Finland and India, makes provisions for abortion in cases of rape or risk to the woman’s health, but also on wider socioeconomic grounds.
Among comparative democracies to the US, Australia’s laws have been among the most similar. As in the US, access to abortion varies in each Australian state and territory — and until recently, some regions criminalized the procedure.
But while some American states have gradually restricted their abortion laws, Australia has moved in the opposite direction. Since 2018 the procedure has been decriminalized in both Queensland and New South Wales; both states allow access to abortion up to 22 weeks. South Australia became the final state to decriminalize abortion this year.

The United States is not the only nation where abortion rights are under threat; in other, more socially conservative pockets of the world, populist and authoritarian governments have similarly moved to restrict access to the procedure.
Among the most notable in this regard is Poland, where a ban on abortions due to fetal defects took effect in January — essentially ending all abortions in the country. 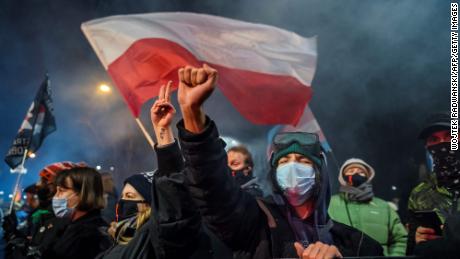 Abortion is now only allowed in Poland in cases of rape or incest or when the pregnancy threatens the life of the mother.
The Polish government has made abortion a wedge issue since coming to power in 2015, appealing to social conservatives in the overwhelmingly Catholic nation, but sparking massive protests in the country’s more liberal cities.
Slovakia tried to follow Poland’s lead, but the country’s parliament has rejected several bills proposing restrictions on reproductive rights in the past two years.
And Croatia and Italy have seen extensive use of the “conscience clause,” which allows providers to opt out of offering terminations because of moral objections, Hillary Margolis, senior researcher in the women’s rights division at Human Rights Watch (HRW) said last year.
Several Mexican states also outlaw most abortions. And in Central and South America, abortion laws are generally strict. In Brazil, for instance, the procedure is illegal except for certain circumstances, such as fetal defects or if the abortion is a result of rape, according to HRW. Women and girls who end their pregnancies under other circumstances can face up to three years behind bars, HRW says. 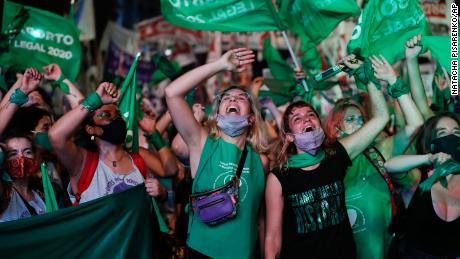 In Nicaragua and El Salvador, abortion is completely illegal in every circumstance and prison sentences in the latter country can stretch up to 40 years. “Such laws effectively amount to torture, discrimination and the denial of some of the most basic human rights to life and to dignity,” human rights group Amnesty International said last year, in relation to El Salvador. In recent years some rulings there have been reversed, with several women released from jail after serving parts of their long sentences.
But other South American states have moved towards allowing abortion. Argentina passed a law allowing the procedure in December, while in Chile, where abortion was banned entirely until 2017, a debate is underway about decriminalization.
Source: Read Full Article