The sharp increase in commodity prices on account of the Russia-Ukraine war has put automakers in a fix. 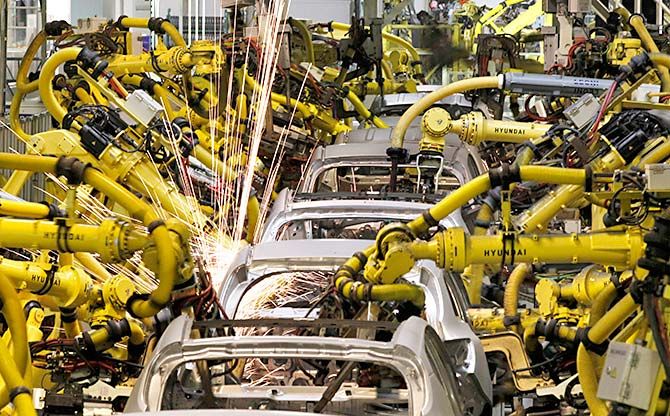 After the frequent price hikes in the current fiscal, manufacturers fear that any more price increases may further dent the already weak demand in certain segments.

“We have taken several hikes and cannot immediately do it again.

“We will have to closely watch the situation and act accordingly,” said an official at an auto firm, declining to be identified.

Even for companies like Tata Motors Passenger Vehicles, which has had a strong volume run and a robust order book, passing on the entire costs has been tough.

“We have been able to pass on only about 50 per cent of this impact to the market,” he said.

Tata Motors has offered price protection to those waiting for the delivery of their vehicles.

The company continues to focus on internal cost reduction actions to offset the residual impact of commodity cost increases, which could not be passed on to the market, said Chandra.

However, despite commodity and fuel price headwinds, demand has been strong, owing to customer’s continued shift towards personal mobility, he added.

Mitul Shah, head of research at Reliance Securities expects margins of auto companies to be under pressure in Q4 of FY22 and Q1 of FY23.

“Most companies have already taken price hikes in the past few quarters taking overall pricing to an elevated level.

“Therefore, they are unlikely to do so in the current month and next.

“They would rather wait for demand revival. By that time commodity prices are also expected to stabilise” said Shah.

This will have an adverse impact on their margins. It will particularly hurt the two wheeler manufacturers which are also seeing a slowdown in rural sales, he added.

Commercial vehicle (CV) makers, too, have been battling the headwinds.

Tata Motors’ CV business has taken a price increase of around 2 per cent every quarter in FY22.

The increase varies based on the model and the variant of the vehicles.

“The commodity price increase, especially of steel and precious metals, necessitated that the company passes on a part of it through an increase in the price of its products,” said Girish Wagh, executive director, Tata Motors.

The CV industry witnessed a decline of 30 per cent and 20 per cent in FY20 and FY21, respectively. But with the Omicron wave having abated now, and the increased capital expenditure announced in the budget, Wagh expects CV sales to revive in the coming quarters.

The constant increase in input costs, in addition to the rise in logistics costs, have been exerting significant pressure on the overall costs for the company, it said.

Martin Schwenk, managing director and chief executive, Mercedes-Benz India, said that to run a sustainable business, price corrections are necessary to offset the continuous rise in input and operational costs.

“The new price range of our vehicles will ensure the brand’s premium price positioning, enabling seamless continuation of best-in-segment ownership experiences for our discerning customers,” he said.

“Automakers have been taking price hikes despite muted demand due to a limited ability to completely absorb the commodity price increase,” said Shruti Saboo, associate director at India Ratings & Research.

“Still, passenger vehicle makers are better positioned to raise prices, given their strong order books and the relatively better purchasing power of consumers in the segment, Saboo said.

“However, for two-wheeler manufacturers, who have been reeling under the impact of a slowdown for three years, any price hike would be a tightrope walk,”  she added.

Steel and aluminium prices have shot up by 47 per cent and 43 per cent, respectively, in the first 11 months of the current fiscal compared to the same period a year ago.

However, the average realisation at scooter and motorcycle makers in the first nine months of FY22 rose by only 10-12 per cent, indicating an under recovery.

To a great extent, this was evident in their December quarter earnings, said Saboo.

“There has recently been a sharp spike in commodities on account of various factors.

“We are closely monitoring the situation and will take judicious price hikes as and when necessary, ensuring equal focus on cost savings so that there is minimum impact on the customers,” said a spokesperson at Hero MotoCorp.