The International Documentary Association has formally granted voluntary recognition to a union formed by rank-and-file employees, eliminating a bone of contention between workers and management.

The IDA’s board had for weeks signaled support for the unionization effort by employees calling themselves Documentary Workers United, but until this week it had not signed a formal document acknowledging the DWU, affiliated with Communications Workers of America Local 9003, as the official bargaining representative of workers below the level of senior director.

“A group of IDA staff has successfully formed a union – one that has been recognized with historic speed,” IDA executive director Rick Pérez said in a statement. “The IDA believes this is a positive step forward that will help forge a new direction for the organization and its staff.”

DWU issued a separate press release, calling the recognition of the union a “victory.”

“This is a historic day for the IDA workers who worked tirelessly to get a union at our organization,” said Hansen Bursic, a member of DWU’s organizing committee. “We are excited to get to work to accomplish the goals laid out in our mission statement and fight for a contract that benefits staff.”

Employees, expressing displeasure over what they called delaying tactics by management, last month notified the National Labor Relations Board of their intention to hold a vote on unionizing. The signing of the voluntary recognition letter obviates the need for that vote, and the next move for management and the DWU will be to embark on contract negotiations.

“The IDA is committed to working with the union on next steps,” Pérez said in his statement, “that include the collective bargaining process, further articulating our respective roles and responsibilities, and establishing processes that enable us to strengthen the IDA, grow our shared vision for a more equitable and inclusive documentary community and fulfill the organization’s essential obligations to the field.”

“Some important items on the agenda include workplace protections for IDA staffers,” DWU said, “ratifying the existing employee handbook, and giving staff a voice in hiring.”

The union drive comes amid a period of strife for the 40-year-old IDA, an organization that provides grants to nonfiction filmmakers and advocates on behalf of the independent documentary community. In a Medium post last month, the IDA board’s newly-elected executive committee described the IDA as “grappling with an existential crisis. Over the last year, we have experienced internal conflicts and multiple transitions at the staff, executive and board level, including sadly, a number of resignations.” 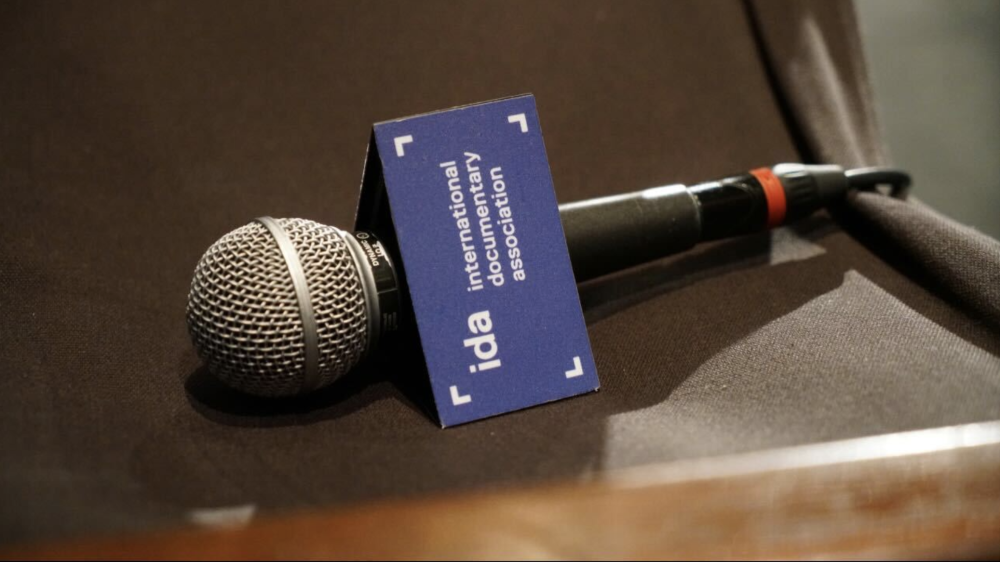 Nearly half the staff has departed the organization since December 2021, according to a tally by employees, with some citing displeasure with the leadership of executive director Rick Pérez, who took the reins of the organization last May. In assuming the top job at the IDA, Pérez became the group’s first BIPOC and openly gay leader.

Four senior staffers resigned in early January after they filed a complaint with the board against Pérez, objecting to what they called “workplace conduct.” The complaint also criticized actions by the board which the four staffers considered antithetical to the IDA’s values of fostering greater diversity, equity and inclusion in the documentary field. At the end of January, the IDA board released a statement saying that an independent investigator it hired to look into the allegations found nothing to substantiate the complaint.

On Saturday, a group of documentary filmmakers and representatives of arts organizations sent a letter to the IDA board expressing concern about disparagement of Pérez. The letter read, in part, “When power shifts, change can take the form of interpersonal conflict. In the context of racial discrimination and criminalization of BIPOC men, it is alarming to see Rick Pérez apparently being assumed ‘guilty until proven innocent,’ even after an independent investigation cleared him of any wrongdoing. Many of those who have known Rick Pérez personally for years, either as friends, colleagues, or filmmakers… have found him to be a thoughtful, generous and equitable leader of impeccable character. The IDA Board hired him after an exhaustive search for his values of fairness, inclusion, and excellence, and embraced his vision for the future of the IDA.”

The letter praised the IDA for recently electing an entirely BIPOC executive committee and it welcomed employee unionization efforts.

“It appears from this controversy that processes at the IDA need to change in an organization that has been in operation for forty years. We are not privy to the internal workings at the IDA but it seems clear mistakes were made,” the letter said. “We stand with staff and workers, generally, and we unequivocally support the IDA union. We support the Board’s election of a new Executive Committee of all BIPOC leaders. We hope these steps help move the IDA in a positive direction and that Rick Pérez and the IDA staff can work together to strengthen the organization.”

LeBrecht was among a select number of field leaders who participated in a virtual meeting last month convened by the IDA to discuss its plans to move forward amid the staff unrest. The signatories of Saturday’s letter asked for a wider discussion of where the IDA is heading.

“We hope the IDA can rebuild stronger than before. We understand that despite social media and press articles, we have only parts of this larger story,” the letter said. “That’s why, in addition to the already scheduled smaller forums the IDA has announced, we request a Town Hall, open to all IDA members and interested parties, to allow for deeper and transparent discussion about the present and future of the IDA.”

Documentary Workers United comprises roughly 11 employees at the IDA, including DWU organizing committee members Bedatri D. Choudhury and Eddie Hustleby. They hailed the formal recognition of their union by the IDA.

“It is not lost on us that this victory comes at a crucial time in labor movements across the country,” Choudhury noted. “We stand in solidarity with our colleagues at the Anthology Film Workers Union and celebrate the formation of the Amazon Labor Union last week.”

“The support we’ve received from the members of our community, our unionized colleagues in other media organizations, and industry leaders have kept us going,” said Hustleby. “We look forward to the continued support of the community as we embark on this next step of bargaining for a fair contract—as resilient as ever.”

On March 24, the IDA announced the hiring of two senior directors and a senior consultant in what it termed “a major step forward.” Keisha Knight came aboard as director of IDA Funds and Enterprise Program, while Abby Sun was hired as director of artist programs; Louise Rosen joined in the consulting role. In a statement accompanying that announcement, newly-elected board co-chairs Chris Pérez (no relation to Rick Pérez) and Grace Lee noted, “We are excited to welcome our newest colleagues as we continue to reflect on how we can best serve the documentary filmmaking community and a more equitable IDA.”