Those who have been advised not to take the shot on medical grounds are exempted from the policy. 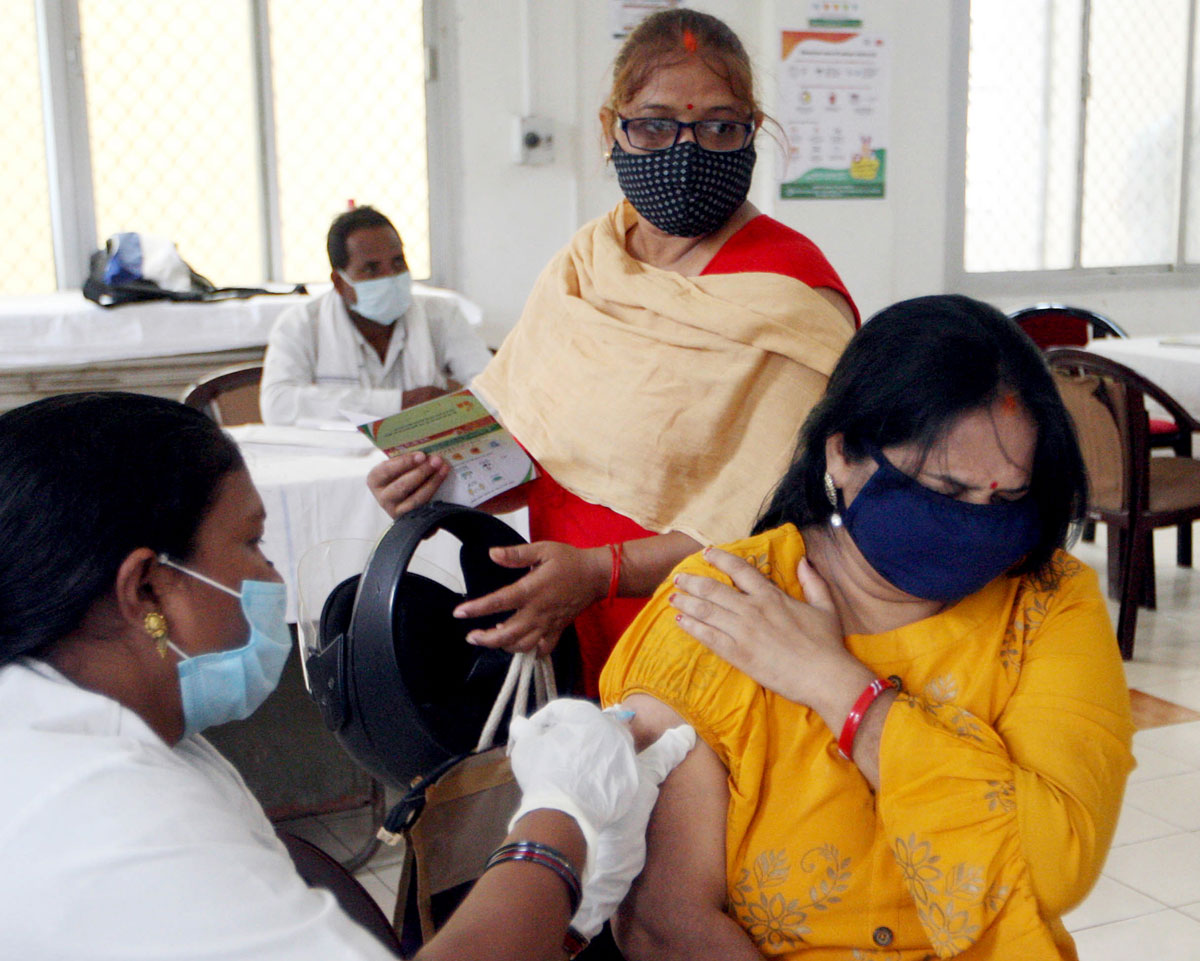 With the threat of a third Covid-19 wave looming large, companies are scrambling to protect employees and keep operations safe-–from a no-jab-no-entry-at-workplace policy to ramping up vaccination, it’s an all-out effort to prevent the scale of devastation seen in the first two waves.

AM/NS India, a joint venture between world’s leading steelmaker, ArcelorMittal, and Japan’s Nippon Steel, is set to make vaccination the certificate a requirement from July 1.

Anil Matoo, head HR Operation, IR & Administration, AM/NS India, said, “As we are all gradually overcoming the challenges of the second wave, we are taking utmost precaution to protect our employees and their families.”

“In that direction, we would introduce a strict measure from July 1–a mandatory vaccine certificate-–to enter any of our work premises,” he added.

Those who have been advised not to take the shot on medical grounds are exempted from the policy.

But more than 95 per cent of AM/NS employees have been vaccinated, so far.

The policy, however, holds for anyone entering AM/NS premises.

Across Tata Steel’s plants and offices, the vaccination certificate is set to become a requirement for entry into work premises from August.

Advisories have been sent to employees, vendors and suppliers to complete the first dose by July 15.

Around 80 per cent of Tata Steel employees have got, at least, the first dose.

Not every company is looking to make the vaccination certificate a requirement, though.

There is an issue with availability also.

An India Cements spokesperson, for instance, pointed out that there was shortage of vaccines in Tamil Nadu and the company was in the process of getting employees vaccinated depending on availability.

“If we find that employees are vaccine-hesitant, then we may consider having the certificate,” he said.

The company has 10 plants across five states.

The priority for many companies right now is to step up the vaccination drive.

Pankaj Lochan, chief human resources officer, JSPL, said, the target is to have 100 per cent employees covered by the first jab by August 15 and 50 per cent with second dose by then.

Many companies have already covered a large chunk of employees since vaccinations were allowed by the government at the workplace.

At Sajjan Jindal-led JSW, 55,000 employees across the group have received at least the first shot; the second dose will be given as per eligibility.

India’s largest carmaker Maruti Suzuki has vaccinated almost 100 per cent of its factory workforce with the first dosage while it has also collaborated with its primary suppliers to vaccinate their staff too.

“Almost 100 per cent of our staff have gotten their first dose.

“The status is updated on the app into which we have to report daily about our current physical health status,” said Kuldeep Janghu, general secretary of Maruti Udyog Kamgar Union.

For its employees, Maruti has developed an in-house developed Wellness Mitra App.

It complements the Aarogya Setu App, which has been made mandatory for all employees across the value chain, requiring them to update their health status, including close family members, on the app every day, according to the company.

Maruti shut its factory for over two weeks in May due to the surge of the pandemic.

Hyundai – the second largest carmaker – has also given the first dosage of Covid vaccine to its frontline factory workers.

In addition, a limited number of employees are attending duties adhering to all safety protocols, distancing norms and hygiene standards.

Hyundai along with automakers like Renault Nissan and Ford – based out of Chennai – faced the wrath of labour unions for continuing production despite a resurgent wave of the pandemic.

Renault-Nissan had to shut down its manufacturing unit after workers threatened to boycott work, saying social distancing norms were being flouted.

But mandated testing and a robust screening system has been put in place since.