Engineers based in India are estimated to be writing roughly 35 per cent of the 100 million lines of codes required to develop one fully driverless car for global vehicle makers.

Quietly but steadily, India is playing a growing role in the global quest for autonomous electric vehicles.

Engineers based in India are estimated to be writing roughly 35 per cent of the 100 million lines of codes required to develop one fully driverless car for global vehicle makers.

On the key role being played by India, Karthikeyan Natarajan, engineering R&D council chair of Nasscom and chief operating officer of Cyient, says global auto Tier-1 companies already have 50,000-55,000 software engineers working in India while OEMs have another 25,000.

“Service providers to these companies have also hired 40,000 software engineers only for the requirement of automotive software,” says Natarajan.

“At least 35 per cent of the 100 million lines of code for making an autonomous car is being done by Indian engineers in the country,” Natarajan adds.

Of this software work, Natarajan says 50-60 per cent is on safety and on car features at different stages from L2 to L5, namely, from partial driving automation to full automation.

Apart from Cyient, the service providers who are helping in this endeavour include companies such as KPIT Technologies, Tata ELXSI, TCS, Tech Mahindra and HCL Technologies, Natarajan points out.

An HCL Technologies spokesperson says it has an advanced autonomous vehicle and connected automobiles technology programme which is working with global clients.

“We do work extensively on AD and ADAS, and also have invested in some solutions that customers have licensed — including one who is running public road trials in Europe with our stack,” points out Nitin Pai, CMO and chief strategy officer, Tata ELXSI. 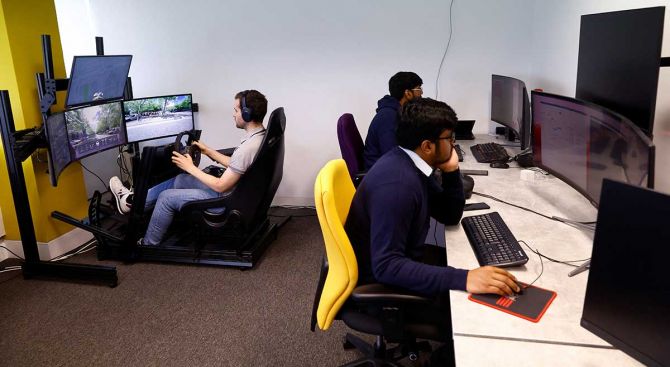 Building driverless cars is complex, says Natarajan, requiring deep knowledge and technology. Even Tesla, after having 1,000 engineers working on it for 10 years has still not got the final product.

In fact, Natarajan believes it could take over ten years before the world gets a fully autonomous car and on that long road to success, many changes will happen.

An electric car, for instance, has between 60-70 electronic controllers for managing the windows, seats, and brakes independently.

In the next stage, engineers are moving towards ‘domain controllers’ which entails integrating 10-20 independent controllers into one, so that only four or five domain controllers can control functions such as the entire chassis or the braking system.

At the end stage, there will be a central computer or a server architecture as in data centres.

Natarajan also points out that the overall demand for software engineers, across segments, required globally is expected to go up from 11 million currently to 14 million by 2030. At least 1.5 million-2 million will have to come from India.

“Surely not from China or the US?

Natarajan’s company provides automotive software solutions to major German auto-makers. A million or so German baby boomers will retire between now and 2028, leading to a labour shortage.

“This cannot be compensated by migration or immigration and we see our customers starting to realise that there will be a large talent shortage in 5-7 years and that there is no short cut but to partner with companies like us,” he says.

By working for global companies, Natarajan says Indian software engineers will gain an understanding of global standards, making it easier for many Indian companies to leverage what can be done in India.

On the growing importance of India for semiconductor design, Natrajan calls the ‘Outer Ring Road in Bangalore’ the centre of gravity.

The total number of semiconductor design engineers globally is 600,000-700,000 and they are spread across several countries. On the Outer Ring Road of Bangalore, however, you find a huge concentration.

“You cannot find any other place in the world,” he says, where 50,000-70,000 engineers are concentrated in five square kilometres designing for top names such as Intel, Qualcomm and Samsung and others.” 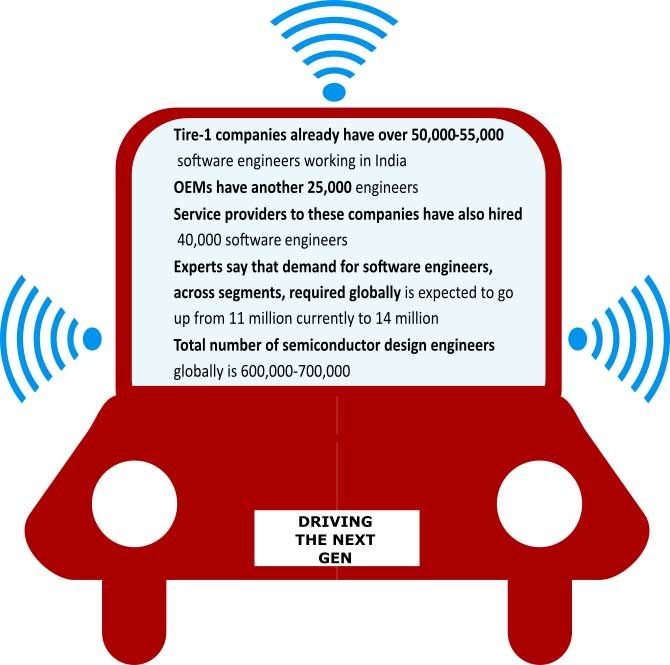 *Kindly note the image has been posted only for representational purposes.