For India to become a fuel export powerhouse, and diversify its supply sources, New Delhi must stand up to western pressure, and let private refiners pump products overseas. 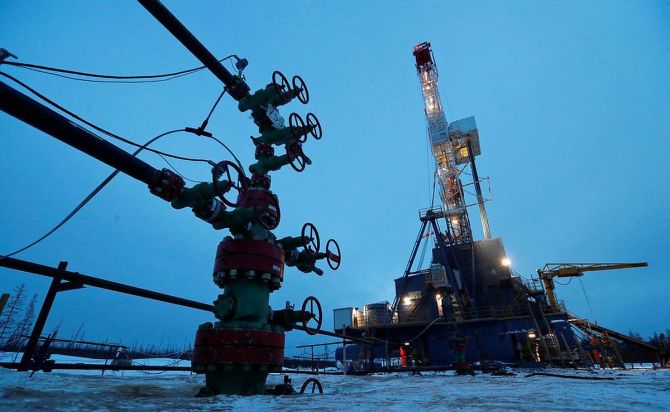 The unexpected surge in supplies of Russian crude in the last few months, unthinkable until the war in Ukraine, may also deliver other unforeseen gains such as boosting exports of refined fuels to Europe, which historically has counted on Russian shipments.

India has jumped on to the bandwagon of opportunistic buying of Russian crude but if calibrated carefully, Urals crude can be a long-term asset for India refiners.

The crude, slightly inferior to Arab Medium grades because of higher sulphur and nitrogen, suits most Indian refineries, which have upgraded their plants by adding desulphurising equipment.

Indian refiners are realising $15-$18 a barrel now after paying $8 a barrel for shipping and accounting for yield inferiorities in processing Urals compared to, say, Arab Mix, an official from a state-run refiner said.

That compares to $7-$8 a barrel in March and April when traders captured a bigger chunk of the discounts offered by Russia, the official added.

“If the crude discounts continue, the buying will be there,’’ Prashant Vashisht, vice president and co-group head, ICRA, said.

He expects the price cuts to be in place for a couple of years because Russia will need to find a home in China and India for much of its European exports.

Run rates at Indian refiners averaged 5.27 million barrels a day in April, 5 per cent higher than nameplate capacity and 8 per cent more from a year earlier, according to oil ministry data.

Complex refineries like Paradip, Bina and Kochi are making $5 a barrel more in margins compared to other plants from processing cheaper Russian grades, a state-run refinery official said.

Initially, when Russia entered Ukraine in late February and faced sanctions from western powers, India was buying only around 100,000 barrels a day.

Volumes jumped after private refiners like Reliance Industries, and Russian Rosneft-controlled Nayara Energy boosted purchases after clarifying the consequences of the sanctions.

Purchases also rose after Indian refiners got more on the table from traders selling these Russian cargoes, Vashisht said.

Such buying is unprecedented, and unsettling for India’s traditional suppliers in West Asia and the US.

Competitors are worried because Russia is displacing Saudi, US and West African volumes.

Iraq, India’s biggest supplier of oil, supplied one million barrels a day of crude in the 2021-22 fiscal ending March, followed by Saudi Arabia at 690,000 barrels a day.

Saudi Aramco lowered official selling prices for June deliveries, with Asia-bound barrels seeing the largest decreases of between $4.95 and $5.10 a barrel from record highs in May, US ratings agency S&P Global said.

The US is applying diplomatic pressure on India to refrain from buying Russian oil.

Direct purchases may, however, fail because India lacks large tankers, insurance coverage and adequate tankages to buy crude directly from Russia, said an official from a state refiner.

China, on the other hand, can capture Russian volumes because of its proximity, easy logistics, storage and an “I don’t care attitude” towards the US and Europe, he added.

The EU plans to ban purchases of seaborne crude oil and refined products from Russia by early 2023.

India may then have to circumvent a crucial ban on insurance related to Russia shipping oil to third countries to maintain imports as a huge majority of oil shipments are insured by European companies.

The EU ban will back out 1.2 million to 1.5 million barrels a day of Russian exports, which will have to find a home elsewhere, particularly Asia.

Sanctions are unlikely to hinder Russian players from exporting oil over the coming months more than they already do, said Vortexa’s chief economist David Welch in a note.

“India’s new role as a product exporter comes as it loads up on discounted Russian crude, which it has been refining at a torrid pace and then exporting refined products,” Michael Tran, global energy strategist at RBC Capital Markets, said in a note this week.

“As the EU weans from Russian refined product, we have a growing suspicion that India is becoming the de facto refining hub for Europe,” Tran said.

Of course it is unclear if the US and EU will ban imports of oil products made from Russian crudes, or if such bans can be enforced.

Diesel exports from India rebounded to 730,000 barrels a day in the first three weeks of May, shy of record volumes seen in March, Vortexa said. Indian fuel exports rose by 15 per cent this year from a year earlier, according to data analytics firm Kpler.

India’s fuel export prospects are rosy, because Europe could face shortages of diesel, petrol and kerosene this summer due to squeezed oil markets, head of the International Energy Agency Fatih Birol has said.

Birol said the current energy crisis was “much bigger” than the oil shocks of the 1970s and that it would also last longer because there is an oil crisis, a gas crisis and an electricity crisis simultaneously.”

But for India to become a fuel export powerhouse, and diversify its supply sources, New Delhi must stand up to western pressure, and let private refiners pump products overseas.