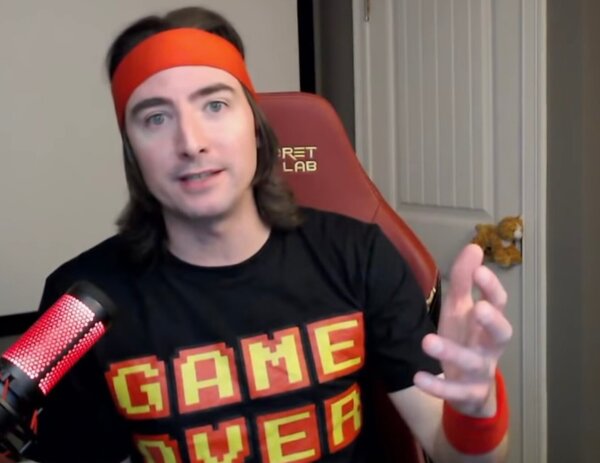 Keith Gill’s cheerleading of GameStop stock made him an icon among Reddit-based traders during the recent meme-stock rally, and may have minted him a fortune — on paper at least. But Massachusetts authorities are now looking at whether he broke securities rules, The Times’s Matthew Goldstein reports, as regulators there and at the federal level investigate possible market manipulation in the trading frenzy.

At issue is Mr. Gill’s side gig as a stock commentator. Until last week, he worked in marketing at the insurer MassMutual and he’s a registered securities broker. But he was better known to the outside world for his Roaring Kitty YouTube channel and his posts on Reddit’s WallStreetBets under a profane name unprintable here, in which he talked up GameStop stock. (His YouTube videos contained a disclaimer that viewers should consult a financial adviser before investing.) He hadn’t disclosed all that to MassMutual or to the financial authority Finra, a failure that Massachusetts’ securities regulator, William Galvin, is examining.

MassMutual told Mr. Galvin’s office that, had it known about Mr. Gill’s activities, it would have asked him to stop or fired him.

Representative Maxine Waters, the head of the House Financial Services Committee, wants Mr. Gill to testify at a Feb. 18 hearing on the meme-stock trading, which will also feature the Robinhood chief Vlad Tenev.

Mr. Gill himself hasn’t posted a YouTube video since Jan. 22, and wrote on Reddit yesterday that he would “back off the daily updates” of his GameStop trading position “for now.”

Meanwhile, the S.E.C. is reportedly combing through social media posts for fraud. The commission is looking for misinformation that may have spurred the market frenzy, while also examining trading data to see if messages and transactions match up, Bloomberg reports. Reddit has also said that its content filters blocked a “large amount” of posts by bots, adding to concerns about manipulation.

In more meme-stock news: Among the biggest winners from the GameStop rally were a Morgan Stanley mutual fund and the hedge fund Senvest Management. A book about the trading mania by Ben Mezrich, whose “The Accidental Billionaires” was the basis for the movie “The Social Network,” was sold to Hachette. And here’s Robinhood’s forthcoming Super Bowl ad, with the pitch, “We are all investors.”

McKinsey will pay $573 million to settle investigations into its role in the opioid crisis. The consultancy reached an agreement with 47 states and others over its role in helping to “turbocharge” opioid sales, though it didn’t admit wrongdoing. The settlement amount is more than it earned from opioid makers, and mostly has to be paid within 60 days.

Ken Frazier will retire as Merck’s C.E.O. Mr. Frazier, who led the pharmaceutical giant for a decade, drew headlines for standing up to President Donald Trump over the violent Charlottesville demonstrations. He is one of just four Black C.E.O.s of Fortune 500 companies, including Roz Brewer, who will take over at Walgreens next month. Mr. Frazier will shift to executive chairman in June.

Apple nears a deal to produce an autonomous electric vehicle. The tech giant is finalizing an agreement with Hyundai-Kia to make an Apple-branded car in Georgia, CNBC reports. Shares in Apple rose 2 percent in after-hours trading.

Apollo reports bumper earnings despite controversy around Leon Black. The investment giant’s fourth-quarter profit more than doubled from the same time a year ago. But a bigger test of whether it can move on from questions about Mr. Black’s ties to Jeffrey Epstein will come when it tries to raise money for new investment funds.

Exclusive: NetJets invests in fuel made from waste

The private jets charter company plans to announce today that it is buying a stake in a business that converts landfill waste into so-called sustainable aviation fuel, or S.A.F., as criticism grows about the environmental impact of private charter flights, which have boomed during the pandemic.

NetJets will take a 20 percent stake in WasteFuel. The companies will collaborate on building a plant in Manila that will convert landfill-bound garbage into aviation-grade fuel. WasteFuel claims that its fuel represents an 80 percent reduction in carbon over its lifecycle compared with traditional fossil fuels.

At full capacity, the Manila refinery is expected to convert 1 million tons of waste into 30 million gallons of fuel each year.

NetJets plans to buy at least 100 million gallons of fuel from WasteFuel over a decade. It’ll be shipped from the Manila plant to Los Angeles and then distributed across NetJet’s network. (For context, the NetJets fleet burns more than 120 million gallons of aviation fuel each year, according to a spokeswoman.)

The investment builds on NetJets’ previous commitments to reduce its climate impact. In October, the company announced that it would buy more carbon offsets and rely on more S.A.F. Such news follows a rise in private jet travel as the coronavirus depressed commercial flight activity — and ongoing concerns that chartered flights are worse for the environment.

“Everyone’s a genius in a bull market until they’re not.”

— Mark Cuban, the billionaire investor, spoke about the GameStop mania, Bitcoin markets and echoes of the dot-com bubble in the latest “Sway” podcast with Kara Swisher.

Getting to know Andy Jassy

Andy Jassy joined Amazon in 1997, directly out of Harvard Business School. He helped start Amazon Web Services, the cloud-computing unit that has transformed the e-commerce giant’s fortunes in recent years. Although he was already well known to Amazon watchers, now that Mr. Jassy is set to take over from Jeff Bezos as C.E.O., the interest in him has reached a new level.

A few things we’ve learned from all the profiles:

He’s a “brain double” for Mr. Bezos, based on a stint he spent shadowing the company’s founder early in his career, a former executive assistant to Mr. Bezos told The Times.

He sweats the details, and is “known for his curiosity and respect for data,” insiders told The Wall Street Journal. His typical mode is to start with customer problems and work backward to find solutions.

He thinks companies should be “reinventing all the time,” according to remarks he gave at a recent company forum, according to Reuters. His role pushing Amazon away from its bookseller roots reflected what he called a “maniacal and relentless and tenacious” pursuit of “what’s working and what’s not working.”

A congressman bets on cannabis

Representative Brian Mast, Republican of Florida, has been buying stocks, like everyone else these days. But he is a lawmaker, so his picks are scrutinized more closely. The database Congress Trading flagged one recent transaction to DealBook that shows how trading by lawmakers, even if legal, comes with a need for transparency. (See our related coverage of Nancy Pelosi, Mo Brooks and Gerald Connolly.)

Mr. Mast bought stock in Tilray, the Canadian cannabis company, on Nov. 6, spending between $15,000 and $50,000. That was days after the election, when measures to legalize recreational marijuana passed in four states. On Dec. 1, Mr. Mast certified the trade in a required disclosure, and three days later he voted for a bill, the MORE Act, which would downgrade cannabis as a controlled substance and decriminalize its production and use in other ways. The bill passed the House mostly along party lines, with Mr. Mast one of five Republicans to vote in favor. Tilray’s stock is up by more than 170 percent since early November, when Mr. Mast bought the shares.

Mr. Mast represents a district in southeastern Florida which went for Donald Trump in 2016 and 2020, and he is among the representatives who refused to certify the presidential election results even after the Capitol riot halted the process, though he condemned the violence.

A veteran, Mr. Mast has a record of supporting medical marijuana in Florida. He served in the army for 12 years, including in Afghanistan, where he lost his legs. The congressman advocates for vets, was considered to lead the Department of Veterans Affairs and generally supports exploring alternative medical treatments. In other words, his position on supporting cannabis legislation and companies is consistent. And it’s this consistency — the timing of the stock purchase and the vote — that could be seen as awkward, undermining trust.

A spokesman for Mr. Mast said that he “has bought and sold this stock a few times over the past few years.” He added: “The price of this stock has dropped substantially over the years. When he bought the stock in 2019, for example, it was at $77 per share. It hit a low of about $10 and today it is still at less than $30.”

23andMe, the consumer DNA testing company, will go public by merging with a SPAC backed by Richard Branson and his Virgin Group at a $3.5 billion valuation. (23andMe)

Retail traders’ latest obsession may be a blank-check fund run by the veteran banker Michael Klein that’s in talks to merge with the electric car company Lucid — the SPAC’s shares have more than tripled in the past month. (WSJ)

Mario Draghi, the former president of the European Central Bank, accepted a mandate to form Italy’s next government as prime minister. (NYT)

The Justice Department dropped a lawsuit accusing Yale of discriminating against white and Asian applicants, a legal fight started by the Trump administration. (NYT)

The C.E.O. of the conservative social network Parler said he was fired after a dispute with is financial backer, Rebekah Mercer, over limits on user postings. (NYT)

Canadian authorities declared the facial recognition app Clearview AI illegal, though their demand of scrubbing Canadian faces from its database may be hard to enforce. (NYT)

Myanmar’s military has blocked Facebook, a primary source of news for its citizens, after seizing power in a coup. (FT)

How the billionaire financier Robert Smith avoided a criminal indictment in a tax case. (Bloomberg)

Former President Donald Trump’s top banker at Deutsche Bank, Rosemary Vrablic, was pushed out after failing to disclose a side transaction with a client. (NYT)

Buyers paid millions for apartments in the supertall 432 Park tower in Manhattan’s “Billionaire’s Row” — and ended up with costly leaks, creaky walls and huge hikes in common charges. (NYT)