Jamie Foxx vampire movie Day Shift, in its second week of availability on Netflix, topped a subdued field on Nielsen’s streaming chart for the week of August 15-21.

While no title cracked the 1 billion mark in terms of minutes of viewing, total streaming continued its precedent-setting dominance as a portion of the overall viewing pie. In its monthly snapshot, The Gauge, Nielsen said streaming accounted for 35% of all viewing in August. It held an edge over broadcast and cable TV for the second straight month after having reached that tipping point in July for the first time in history. (See the full Gauge chart below.)

The weekly rankings were the first since April without a single title north of 1 billion. At 957 million minutes of viewing, Day Shift surpassed The Sandman (No. 2 with 946 million) and Stranger Things (in third with 919 million). Starring Jamie Foxx, Dave Franco and Snoop Dogg, Day Shift drew an audience that was 55% multicultural, Nielsen said, with 25% of it African-American, the biggest such share for any title this week.

Only a tiny fraction of House of the Dragon‘s premiere on HBO Max on August 21 got tallied because of the format of the Nielsen chart, which measures streaming from Monday through Sunday. That cutoff meant that only the three hours of streaming in the Eastern time zone were captured. Even so, the Game of Thrones prequel racked up 327 million minutes of viewing over that short period. In a release accompanying the numbers, Nielsen said it expects the show to “settle in as a regular over the coming weeks.”

Aside from Bluey on Disney+, which finished No. 8, Netflix controlled the entire top 10. Newer entries included new seasons of coming-of-age drama Never Have I Ever and sports docuseries Untold. The latter featured a buzzy episode centering on the catfishing scandal involving former Notre Dame and NFL football player Manti Te’o.

Below is the full top 10. Unless otherwise noted, all titles are on Netflix.

And here is the August snapshot from The Gauge: 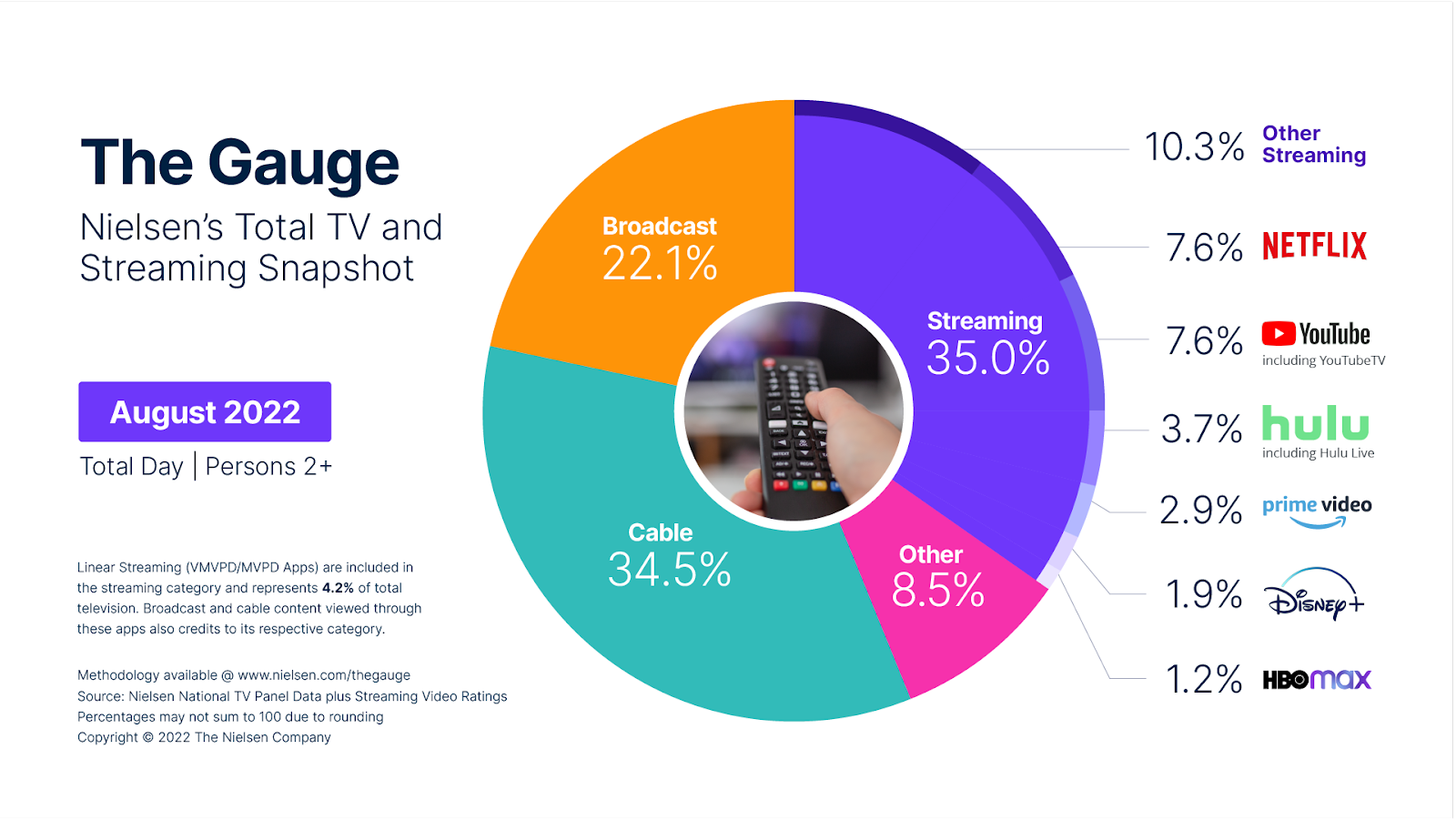