Kellogg announced Tuesday that it is splitting into three separate companies, spinning off its US, Canadian and Caribbean cereal businesses into one group and its plant-based food businesses, including Morningstar Farms, into another. The remaining, largest business includes Kellogg’s global snacking products, like Pringles, Cheez-It and Pop-Tarts, as well as international cereals and noodles and North American frozen breakfast products.
The snacking business -— not its calling-card cereal company — is the crown jewel. It is the largest of the three new companies by far, and it will retain current Kellogg CEO Steve Cahillane as chief executive.

“Cereal is Kellogg’s legacy business,” said Emilie Feldman, management professor at Wharton business school. But that doesn’t mean it’s the most promising part of the company.

“Cereal is fine,” she said. “Cereal is stable, and there’s a market for it.” But “other parts of [Kellogg’s] portfolio … have better future prospects,” she added. 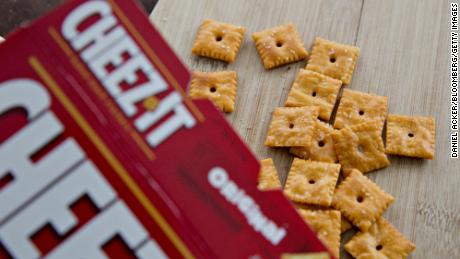 Kellogg’s (K) approach is not unusual.
Kraft (KHC) made a similar move when it spun off its North American grocery business, creating a company we now know as Mondelez (MDLZ). And Johnson & Johnson (JNJ), Toshiba (TOSBF) and GE (GE) announced similar plans last year. It’s a way to clarify each entity’s goals and, hopefully, allow each to flourish.

In a statement discussing the three new businesses on Tuesday, Callihane said that they will be stronger on their own.
“These businesses all have significant standalone potential, and an enhanced focus will enable them to better direct their resources toward their distinct strategic priorities,” he said. “In turn, each business is expected to create more value for all stakeholders, and each is well positioned to build a new era of innovation and growth.”
But there are risks to breaking apart a company of Kellogg’s size, and some warn that the plan could backfire.

The cereal category has been flat for years (apart from a spike early in the pandemic, when consumers sought out nostalgic treats and ate breakfast at home).
US retail cereal sales fell from about $10.7 billion in 2016 to roughly $10.3 billion in 2021, according to Euromonitor International.
Kellogg’s cereal business has also faced other problems. Last year, a strike and a fire at its US cereal plants reduced production and bit into margins.
The roughly three-month long strike ended with a five-year deal which includes a prohibition on any plant closings during the life of the contract and a cost-of-living increase in pay to protect workers from rising prices.
In a statement Tuesday, Kellogg said that the cereal business “is expected to generate stable net sales over time.” 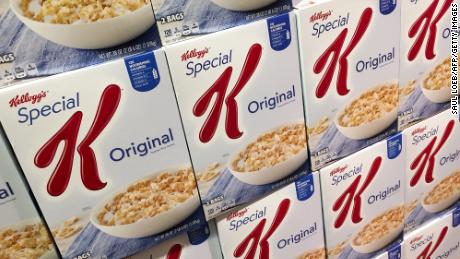 Snacks, on the other hand, have been flying off shelves.
In the United States in the first quarter, Pringles retail sales grew 8%, Cheez-It sales spiked 14%, Pop-Tarts jumped 11% and Rice Krispies Treats increased by 10%, according to the company.
Kellogg has been building up its snack business for years. It acquired Pringles in 2012, and bought RXBAR about five years ago.
In February, Cahillane summarized the company’s evolution at the CAGNY conference. Kellogg’s “transformation over the past decade has been dramatic,” he said. The company has gone from having “a cereal-oriented portfolio to one today that is decidedly weighted to snacks,” he said.
In a statement Tuesday, Kellogg said that the new global snacking business, which has $11.4 billion in net sales, will be a higher-growth firm than Kellogg as it exists today, with better profit margins.
Some experts cheered the news. Others are more skeptical.

The decision to split into three companies “is a logical move,” said Nidhi Chauhan, senior analyst of food and grocery at GlobalData, in a statement, adding that it could stimulate growth for each of the separate businesses that may not have been possible under one umbrella. “Restructuring such as this is one way of finding growth opportunities as economies have slowed down and consumers are tightening their purse strings,” she added.
But others were concerned that splitting up the company could be a mistake.
“We don’t think this strategic action stands to enhance Kellogg’s competitive position or financial prospects,” wrote Erin Lash, a director of consumer sector equity research for Morningstar (the financial services and research firm, not Kellogg’s veggie burger brand) in a note on the news. 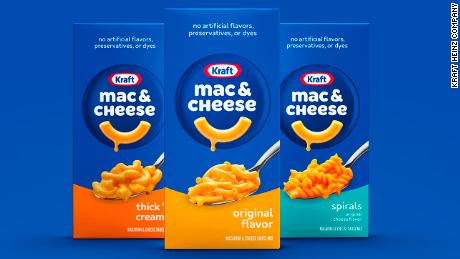 With its focus on snacks, Kellogg was “already pursuing a playbook that stood to unlock value,” Lash told CNN Business. “Management has talked about the fact that splitting the business affords the opportunities to focus,” she added. “But we’re a bit skeptical that that couldn’t have been achieved as a combined organization.”
Wharton’s Feldman noted that when large companies split up, they could lose some economies of scale.
“Now each of these entities has to start doing everything on its own,” she said, “ranging from the mundane, like production and shelf space and distribution, to much more complex things.”

But, she noted, if Kellogg pulls it off it can add value for shareholders. “Investors tend to respond very favorably to these kinds of announcements,” she said. “They see clarity coming.”
— CNN Business’ Jordan Valinsky and Chris Isidore contributed to this report.
Source: Read Full Article