New York (CNN Business)Inflation jitters are at a fever pitch, and some investing experts and economists are making comparisons to the 1970s and early 1980s.

But could today’s surging prices really be as serious as the prolonged inflation shock of 40 years ago? (For those who didn’t live through it: It was really bad.)
Some fund managers and strategists are still holding on to the notion that inflation will soon peak and that the economy is not about to tip into recession.

Yes, inflation is a pain. But the job market is still in good shape. The unemployment rate remains low and wages are still growing, admittedly not as quickly as prices.

Supply chain constraints could finally begin to abate, which would relieve a lot of the pressure on prices. No one is suggesting that people embrace Federal Reserve Chair Jerome Powell’s old line about inflation being “transitory.” But perhaps inflation is transitory-ish.

Many economists and investors feel that the Fed took too long to take inflation threats seriously and is now playing catch up.
Higher prices could lead to a phenomenon known as stagflation, the combination of stagnant growth and runaway inflation. The Fed is raising rates aggressively to counter this, which in of itself could cause a sharp slowdown in economic growth, or even a recession. 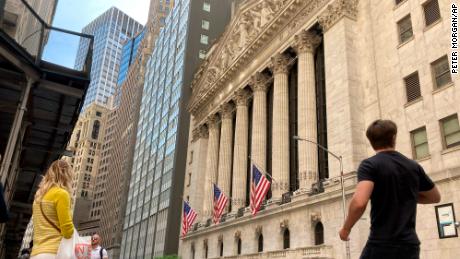 “What once seemed like transitory inflation has become persistent, and consumers have begun expecting higher rates of inflation for the coming years,” said economists for the UCLA Anderson Forecast, which was released Wednesday.
The economists said although “a recession is not expected in the next two years, the risk of one has certainly grown,” adding that “the concern that inflation expectations could become unanchored has begun to materialize.”
That could be problematic because the UCLA economists believe the Fed will need to “significantly increase interest rates this year, which will slow consumer demand, especially for housing and…also slow business investment.”
Still, some hope that the worst will soon be over on the inflation front. Kit Juckes, a macro strategist with Societe Generale, wrote in a recent report that “a peak in inflation is likely in the next month or two.”
Juckes argued that a drift lower in the core inflation rate to about “3% or so…seems far more likely than the series of higher lows and higher highs that defined the 1970s.” (American prices have recently been growing at an 8% clip.) But he added that “markets will be anxious, opinions split, and policymakers terrified of losing control over expectations.”
The Fed knows that it can’t sit tight, even as investors debate the question of how much longer high inflation will last.

Inflation has been worse before, but that’s small consolation now

Consumers are already adjusting their behavior. Retail giants Walmart (WMT) and Target (TGT) recently issued weak outlooks because customers are cutting back on nonessential purchases.
“The current inflation pressures are painful for many and are part of the reason recession risks are rising. We could all agree the weekly gas station trip is nauseating,” said Megan Horneman, chief investment officer at Verdence Capital Advisors, in a recent report.
Horneman also thinks that “the peak growth rate of inflation is near,” but that “investors should accept that we will eventually settle into a period of higher inflation than we have been accustomed to over the past decade.” 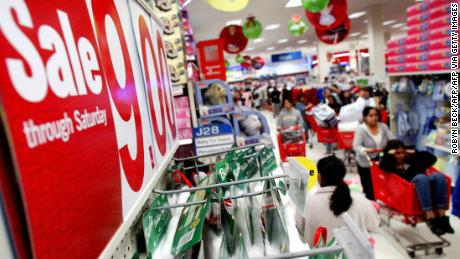 “The Fed can only fix so much with rate hikes. The supply chain will need to improve and the demand side must slow,” she added.
But there is some small consolation for those who lived through the inflation shock of four to five decades ago. The increase in prices then for gas and other energy costs, housing, clothing, college tuition and medical care were all higher in the 12 months ending in April 1980 than they were for the 12 months ending this past April.
“When looking at the pain seen in the 1980s. It may not feel like it, but we are in a better situation than the 80s,” Horneman wrote, pointing out that “some of the biggest drivers of inflation are in supply chain related components,” namely food, furniture and autos, and that “this can begin improving as the supply chain recovers.”
Of course, it’s little solace to consumers paying higher prices for any of these goods right now that inflation might have been worse in the 1970s and 1980s.

“We haven’t had this much inflation in a long time,” said Kathy Jones, chief fixed income strategist at the Schwab Center for Financial Research. “This may not be the same as the early 1980s but the risk of recession is rising. The problem we have is that much of the inflation is supply driven and monetary policy can really only influence demand.”
Jones is concerned “about a bumpy landing” for the economy. “Soft landings are not the norm,” she said. “The Fed would have to be very, very lucky to get out of this with a soft landing.”
Source: Read Full Article