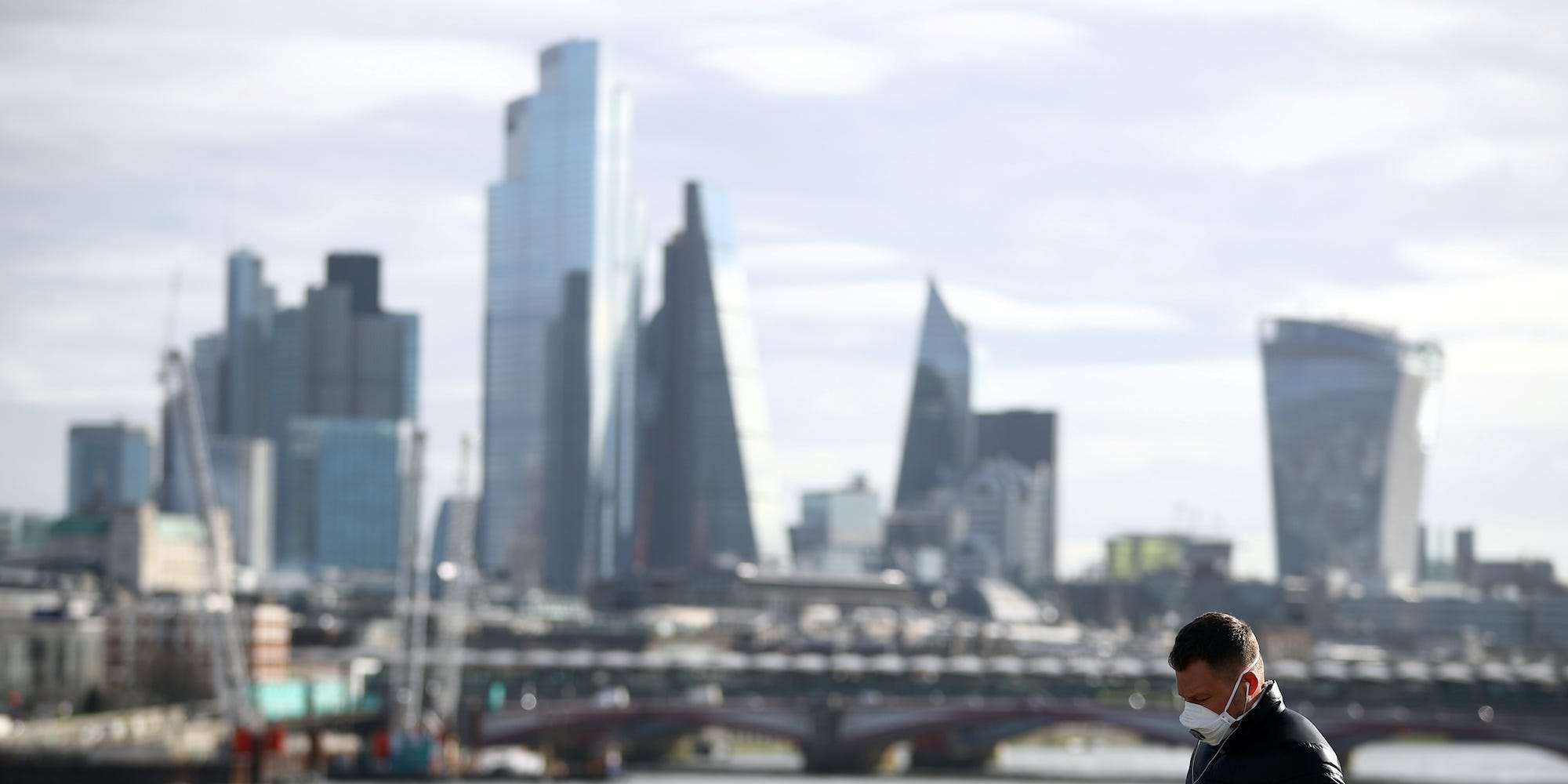 London is catching up with New York as the world’s biggest financial center, and the British capital only needs four more points to beat New York, according to a survey released on Friday.

The most recent edition of the Global Financial Centres Index (GFCI), compiled by consultancy firm Z/Yen, and the China Development Institute, showed London held on to the number two spot, showing no change since March, but its rating increased by 24 points.

Read More: Europe is heading back into lockdown, but when travel resumes, these are the 3 European airline stocks to own, Morgan Stanley says

The fact the gap between London and New York is shrinking is likely to be a major win for the British capital which was ranked the world’s top financial centre as recently as March 2018, in the 23rd edition of the report and is looking to retain its crown status in a post-Brexit world.

Overall the average rating of the cities in the index dropped by 6%, which the report’s authors said  “may indicate a more general lack of confidence in finance during a time of continuing uncertainty around international trade and the impact of the Covid-19 pandemic.”

Read More: Legendary investor Mark Mobius told us his process for finding the most exciting bargains in far-flung markets around the world amid the COVID-19 crisis – and shared his 5 top stock picks right now

The authors said this was likely the result of  investors flocking to centers that they perceived to be more stable, during unprecedented financial-market volatility and uncertainty earlier this year.

Hong Kong overtook Singapore as the fifth largest hub, but by only one rating point.

Analysts have previously told Business Insider the imposition of a Draconian security law in late May that increases China’s grip over Hong Kong may widen the gap between Singapore and Hong Kong’s financial ranking and could prove to be a major boost for Singapore. The latest results show confidence in Hong Kong’s financial hub may not necessarily be waning despite the security law and it’s ranking has in fact increased from March before the law was introduced.

The report, which measured the competitiveness of 111 financial hubs, also noted that infrastructure and advances in its financial systems had played a role in Shanghai moving up to third place.

“As far as physical space is concerned, commercial buildings in Shanghai Lujiazui Financial and Trade Zone rivaled those on the Wall Street and in the City of London 10 years ago,” the authors said, referring to the area known as the “Wall Street” of China.

” The progress made by Shanghai International Financial Center in recent years is built not on visible skyscrapers, but on intangible innovations in financial systems and mechanisms,” they added.