MILAN — It looks like Prada is going to have new neighbors soon.

LVMH Italia has signed a pre-letting agreement with real estate company Covivio for a 10-year lease of offices in the Symbiosis business district, which is located next to Fondazione Prada in the southern part of Milan.

The deal is for offices and large terraces covering a total surface of 43,055 square feet across two floors in Building D of the Symbiosis multitenant complex. The building is slated to be completed by the end of the year and will host LVMH Italia’s headquarters and 170 employees starting in early 2022.

Financial details of the operation have not been disclosed.

With the addition of this new leasing deal, 72 percent of the building is pre-let. The structure will host the offices of other firms hailing from different industries, including leading pharmaceutical player Boehringer Ingelheim and several companies of the Mars-Royal Canin Italia group operating animal care services.

“We are very proud that another large international company such as LVMH has chosen Symbiosis, which is once again confirmed as an attractive, strategic business district for the entire city of Milan,” said Covivio Italy’s chief executive officer Alexei Dal Pastro, who also underscored that the goal of the real estate player is to “to support companies in rising to the challenge of redesigning the working experience of their employees.”

All the Looks at the 2021 Cannes Film Festival 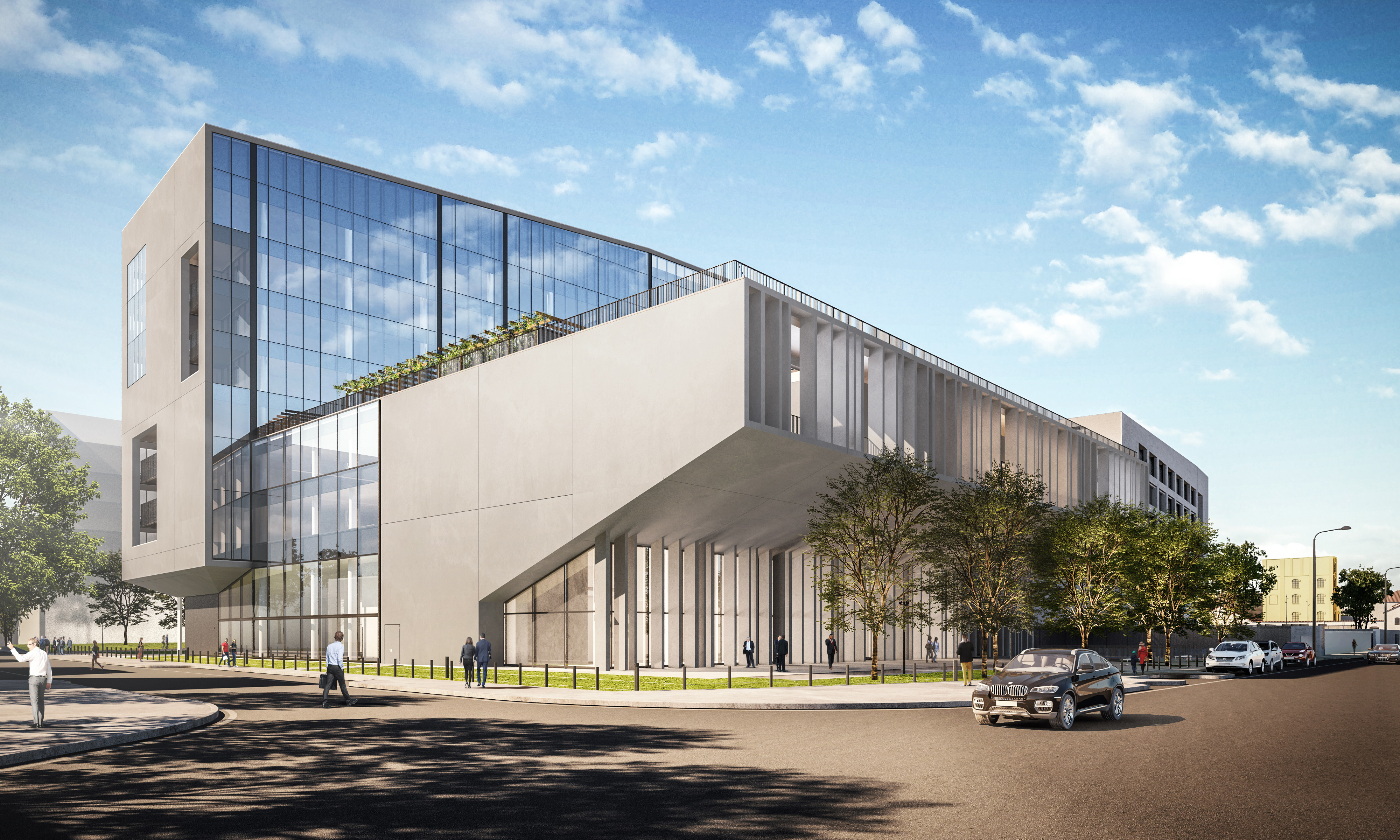 A rendering of Building D housed at the Symbiosis business district in Milan. Courtesy of Covivio

But Symbiosis is not the only project Covivio has implemented in the area. As reported, last year the company teamed up with real estate firm Coima SGR and Prada Holding SpA — which controls the Prada fashion group — to acquire the Scalo Porta Romana former railway yard with an offer of 180 million euros.

Also located next to Fondazione Prada, the strategic area covering 20 hectares — or almost 50 acres — is to undergo a major revamp that will potentially include a highline crossing the area from west to east.

Presented earlier this year, the winning master plan for the project will combine green areas, residential buildings, offices, social and student housing and community services, in addition to accommodations for the Olympic and Paralympic athletes competing in the 2026 Winter Olympic Games to be held in Milan and Cortina d’Ampezzo. After the Games, the village will be reconverted into social housing structures and accommodation for university students.

While mainly overseeing the re-qualification of a public park, Prada Holding will also establish a building housing laboratories and offices to extend its existing activities in this part of the city, which under its influence has been experiencing a significant relaunch.

The opening of Fondazione Prada in 2015 paved the way not only for real estate construction and co-working venues but also exhibition spaces, restaurants and music events, which helped rev up the district and draw locals and tourists in what was once known for being an industrial zone. The addition of LVMH Italia’s headquarters adds critical mass and might now encourage other fashion players to join the flux and head South, too.

Milan Might Have Its Own Highline Courtesy of Prada Holding, Among Others