The bottles that Francisco Ibaibarriaga ordered from France to fill at his small Betolaza winery in La Rioja are just not going to arrive in time for Christmas.

“They have told us it’s impossible, that they won’t be able to manufacture it until May. Everything is sold out. You cannot do anything about it,” he said.
Among the vineyards of Spain’s wine country, now colored fiery orange in the late autumn, winemakers are working as fast as they can to fill up bottles in time for next month’s peak holiday season. But it’s not looking easy in the world’s third-largest wine producer nation.

“The Christmas campaign is extremely important,” said Santiago Frias, president of Bodegas Riojanas, speaking in front of huge racks of wooden barrels of aging wine. “If we don’t have the materials we need to dress and assemble our bottles, we won’t be able to deliver to our customers.” 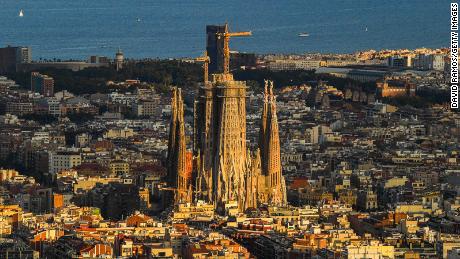 With restaurants and bars back open and getting ready for their first big holiday season since the pandemic shut-down, demand for wine has soared. But like other industries around the world, producers are facing rising prices and shortages of supplies. Inflation in Spain has hit a 29-year high. And some supplies are simply unavailable.

Spain’s Wine Producers Federation said supply chain disruptions should work themselves out in coming months, and there were enough bottles to ensure that Spaniards would not face a wine shortage at Christmas. But exports are being slowed by a shortage of shipping capacity.

The country’s glass producers association acknowledged bottle shortages in some areas but said it also expected the peak of demand to be mostly resolved by year-end.
“Now that they (bars and restaurants) have re-opened, we have a peak of demand so they are asking for different kind of models of glass bottles at the same time when we would normally have a very ordinary demand,” said secretary general Karen Davies.
Source: Read Full Article