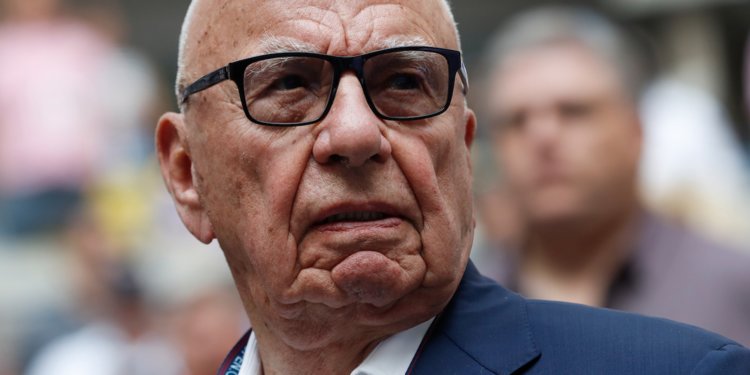 
LONDON (Reuters) – Rupert Murdoch’s 21st Century Fox said it had agreed to buy Britain’s Sky in a deal valuing the pay-TV group at $32.5 billion, trumping a rival offer from US group Comcast.

The battle for Britain’s leading pay-TV group reflects major shifts in the global entertainment industry as the world’s biggest media giants battle each other for multi-billion dollar deals to be able to compete with Netflix and Amazon.

Fox, which owns 39% of Sky and is due to gain British regulatory clearance for the deal this week, upped its offer to £14 per share, from its earlier £10.75 per share.

The agreed price represents an 82% premium to Sky’s shares in December 2016, before it struck its original deal to buy Sky, and a multiple of 21 times 2017 earnings per share.

Murdoch’s Fox said the performance of Sky since December 2016, including the renewal of the right to show English Premier League matches at a lower price than expected, justified its higher offer.

Fox could face further competition from US cable giant Comcast however after it forced Sky’s independent directors to drop their previous backing for Fox with an unexpected £12.50 per share bid for the group in February.

The world’s biggest entertainment company and owner of NBC and Universal Pictures gate crashed Murdoch’s bid for Sky in February. Sky’s shares closed at £15.01 on Tuesday, implying shareholders think the battle is not yet over.

In order to secure regulatory approval, Fox has agreed to sell Sky’s award-winning news channel to Disney to prevent Murdoch from owning too much of the British media.

Disney and Comcast are also locked in a separate $70 billion-plus battle to buy most of Fox’s assets, which include the 39% stake of Sky it already owns and the rest of the company if it emerges triumphant in Britain.

Fox said it had secured the agreement of the independent committee of Sky for the deal.