On that note, 314 new cases were reported in the county on Thursday. That is the largest daily number of new cases in the county since May 15. Los Angeles County is reporting another 10 COVID-19 deaths, raising the cumulative total to 24,465.

More concerning, however is the prevalence of the more infectious Delta (and related Kappa) variants, which have overrun much of India and the U.K. Ferrer announced on Thursday that currently “nearly 48% of all samples sequenced” were related to Delta.” The total was 124 cases. Between late April and early June, just 64 cases of Delta-related infections were identified among residents of Los Angeles County. That would indicate a rapidly increasing prevalence of the variant. 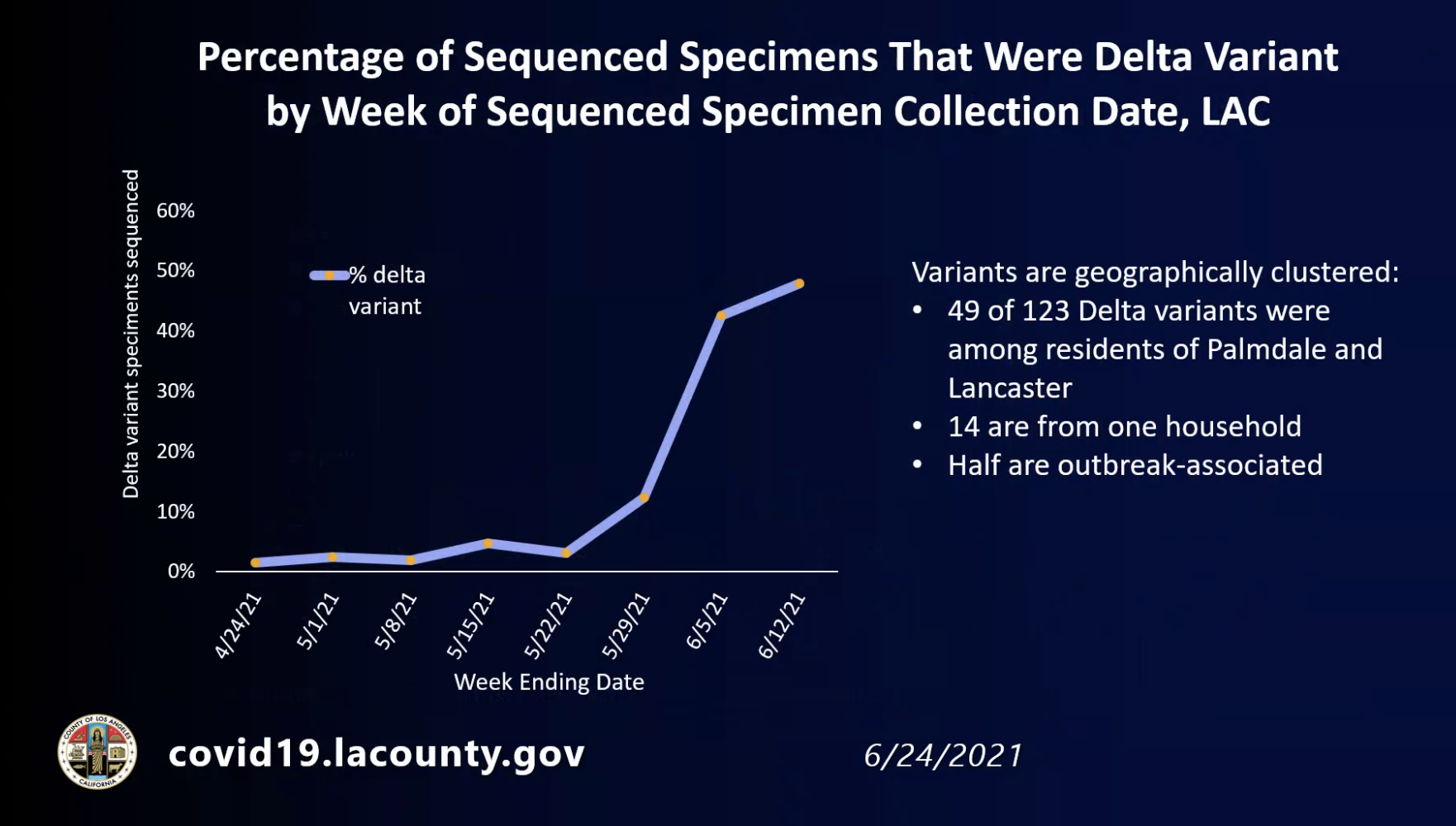 Ferrer cautioned however, “It’s important not to generalize from this data to the general population.” She noted that the 48% number was not of the total Covid tests count, but merely those flagged as suspicious and then given the much more expensive genomic sequencing that determines the causal variant. She said that there had been 6,732 specimens genomically sequenced, though it was unclear whether that was a pandemic total or just in the past week. Given the rarity of such sequencing, it is likely the former.

Data shows that half of the Delta cases are outbreak related. Many of them are geographically clustered, with many of them centered in the Palmdale and Lancaster area – 43 of the 123 cases identified as Delta. Fourteen instances of the variant were traced to just one household, said Ferrer.

California reported on Thursday that, since May 21, the percentage of Delta variants found in samples genomically sequenced statewide had grown from 5% to about 15%. That’s a tripling in four weeks.

Nationwide, the CDC estimates the Delta variant accounted for about 10% of new cases in the U.S. last week. On May 22, the variant made up only 2.7% of new cases, according to the CDC. This past week, that percentage rose to 20%.