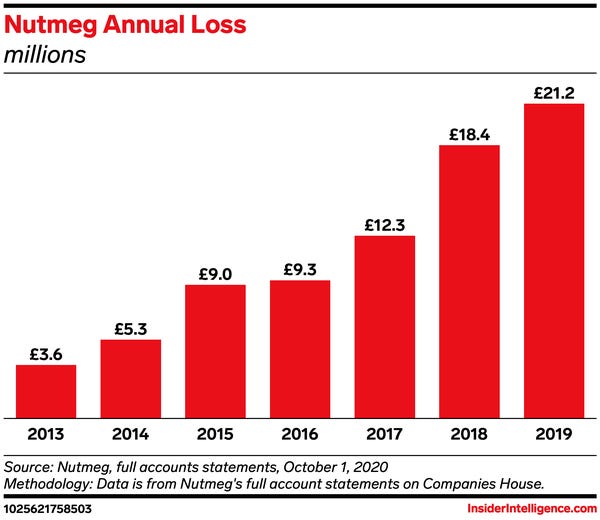 Nutmeg scored strategic partnerships to drive AUM growth over the past year, likely improving its margins.

To reach the necessary AUM to break even, we expect Nutmeg to double down on its open banking capabilities to enable automatic transfers to its investment accounts. Despite Nutmeg’s AUM milestone, it still faces tough competition ahead since UK consumers have access to a range of robo-advisors, including Moneybox and Wealthsimple. In addition, personal finance management apps like Plum and Chip are also adding robo-advisory offerings.

The open banking capability could be expanded to let users automatically transfer funds from their bank accounts to Nutmeg based on a threshold they set in the robo-advisory app. In the US, for instance, Wealthfront users can set the feature to transfer excess cash between in-app accounts.