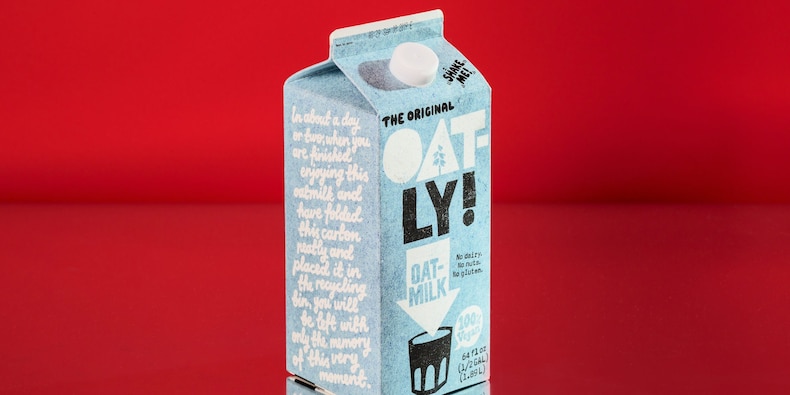 Oatly AB, the vegan milk company with backers including Oprah Winfrey and Jay-Z, has confidentially filed for an initial public offering with US regulators, according to a statement from the company on Tuesday.

The planned listing will take place after a review process by the Securities and Exchange Commission. The filing offered no additional details.

The vegan food and drink company, whose parent company is Malmo, Sweden-based Havre Global AB, has grown in popularity in recent years thanks to strong demand, particularly from millennial and Generation Z consumers.

Before the pandemic, consumption of dairy milk had already been falling, as the preference for alternative milk options rose. Once the lockdowns began in the US, sales of oat milk spiked 347.3% the first week of March, according to Nielsen. Consumers stocked their pantries with the alternative plant-based milk known to have a longer shelf-life.

Oatly, which entered the US in 2017, has also partnered with Starbucks as well as other cafes throughout the US. The popular brand, which also makes ice cream and yogurt, can be found grocery stores as well.

In July 2020, the company received a $200 million investment from a group of investors led by Blackstone, Oprah Winfrey, Natalie Portman, and former Starbucks CEO Howard Schultz at a valuation of $2 billion. The company earlier this month has been speculated to go public this year, CNBC first reported.