Mark Zuckerberg, founder and CEO of Meta, summed it up well as he explained the reason for the company sacking 13 per cent of its employees. 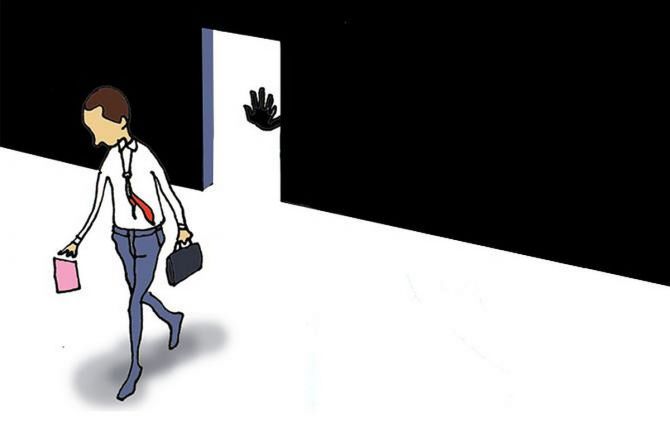 He said no one predicted that the boom for digital services during the Covid pandemic would die out.

“Many people predicted this would be a permanent acceleration that would continue even after the pandemic ended.

“I did too, so I made the decision to significantly increase our investments.

“Unfortunately, this did not play out the way I expected,” he wrote to his employees.

Zuckerberg further explained: “Not only has online commerce returned to prior trends, but the macroeconomic downturn, increased competition, and ads signal loss have caused our revenue to be much lower than I’d expected.

“I got this wrong, and I take responsibility for that.”

This is the base reason for recent layoffs at many tech firms.

Companies went on a hiring spree as the first few months of the pandemic made everyone realise that digital adoption is here to stay and hence there was a rise in spending to capture that opportunity.

But all that changed as rising inflation, increasing interest rates, and an unforgiving stock market made companies look for efficiency.

It is not just Meta that is looking at becoming capital efficient.

Alphabet, the parent company of Google, and Microsoft have already sent messages that focus will be on increasing productivity.

Sundar Pichai, CEO Alphabet and Google, during the Q3 results said that the firm’s Q4 headcount additions will be significantly lower than Q3.

“And as we plan for 2023, we’ll continue to make important trade-offs where needed, and are focused on moderating operating expense growth,” he added.

Alphabet added 12,765 people in Q3 this calendar year, including the increase in the headcount due to the acquisition of Mandiant.

“In the fourth quarter, we expect headcount additions will slow down to less than half the number added in Q3,” said Ruth Porat, CFO Alphabet and Google.

Microsoft during the company’s Q1 results said that headcount addition from Q1 to Q2 would be minimal.

“We’ve added a lot of headcount over the past 12 months, and we want to make sure we use that headcount in the most productive way possible.

“And we’re going to do that,” said Amy Hood, CFO, Microsoft, during the earnings call.

“This is one of the highest addition that Microsoft has done over the last three years.

HR experts are of the view that the scale of layoffs that the tech industry is witnessing is unprecedented.

“Layoffs and hiring are more sentimental.

“So yes layoffs happen as and when business cycles go down.

“But the scale that we are hearing is certainly not seen before,” said Shiv Agarwal of ABC Consultants.

He said that in India while the impact may not be as much as in the US when it comes to Big Tech, the general intent of hiring has come down.

“Start-ups are not hiring much due to the funding freeze. The Indian IT industry’s hiring intent has come down because it works with global players.

“Also, attrition is coming down. But India is still in a better position than other regions,” he added.

A R Ramesh, director, Adecco India said that the next six months will be full of uncertainty.

“Demand for hiring among Big Tech has shrunk by 70-80 per cent.

“Also with recessionary trends increasing, companies are being cost-conscious and are looking at their cost structures closely,” he added.

Ramesh underscored that companies saying they will invest only in their focus areas translates into muted and very targeted hiring.

Besides Big Tech, the Indian start-up ecosystem is facing its own challenges amid a slowdown in funding.

Over 23,000 employees in start-ups have lost their jobs since the pandemic began in 2020, according to the staffing firm TeamLease.

It said amid the funding winter this year, 15,216 employees have been laid off by 44 start-ups, including unicorns.

With 14 education technology start-ups laying off 6,898 employees in 2022, the edtech sector has sacked most workers, followed by consumer services and e-commerce.

The sacking of employees has happened in multiple tranches this year.