A strong start-up ecosystem can propel investment, jobs, and demand creation, and for that, substantial growth capital is required. 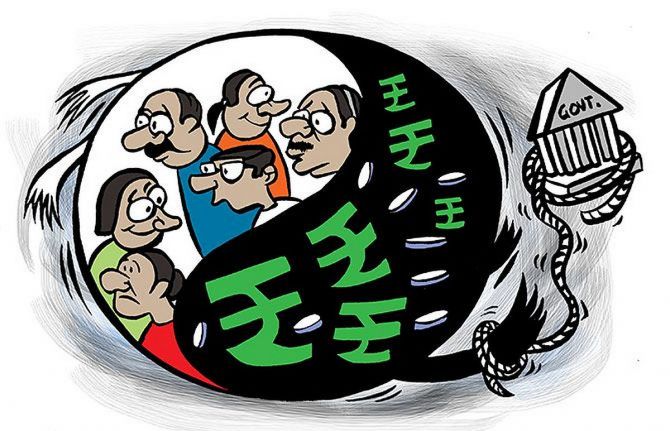 A Parliamentary panel has “strongly recommended” abo­lition of long-term capital gains (LTCG) tax for investment in start-ups, besides other tax inc­entives, to drive a sharp post-pandemic revival.

This should apply to investments made through collective investment vehicles such as angel funds, alternate investment funds and investment LLPs, it said.

The Parliamentary Standi­ng Committee on Finance, headed by former minister of state for finance Jayant Sinha, said a strong start-up ecosystem can propel investment, jobs, and demand creation, and for that, substantial growth capital is required.

It also pitched for self-reliance in capital funding of unicorns to cut dependence on funding from China and US.

The committee also suggested that companies and LLPs should be allowed to invest in start-ups without being classified as non-banking financial companies by the Reserve Bank of India (RBI) to expand capital sources for start-ups.

“The Committee would like to strongly recommend that tax on LTCG be abolished for all investments in start-up firms (as designated by DPIIT) which are made through collective investment vehicles (CIVs) such as angel funds, AIFs, and investment LLPs,” said the report titled Financing the startup ecosystem.

This was submitted to the Lok Sabha Speaker last week.

At a minimum, this should be done for at least the next two years to encourage investments during the pandemic period.

After this two-year period, the Securities Tra­nsaction Tax (STT) may be ap­plied to CIVs to maintain revenue neutrality.

Since, inve­stments by CIVs are transparent and at fair market value, it is easy to calculate STT associated with these investments.

Thus, it can be done in lieu of imposing LTCG on these CIVs, it noted.

It also recommended that the exemption for income on investments made before March 31, 2024, subject to the investment being held for a period of at least 36 months as incentivised in the Finance Act, 2020, should be provided to long-term capital invested across all sectors.

“With adequate risk capital backing them, start-ups can provide innovative new services which can have a multiplier effect on the economy,” said the panel.

It pressed for adopting a more pragmatic approach on applying fair market value principles in transactions between independent parties as businesses are stressed for liquidity in the current environment and valuations of businesses have softened.

The pricing guidelines prescribed under the various laws should be made more consistent to provide a simple framework for facilitating large-scale investments, it said.

The panel also batted for self-reliance in capital funding for unicorns, which now mainly comes from US and China.

It said that the Small Industries Development Bank of India Fund-of-Funds vehicle should be expanded and fully operationalised or utilised to play an anchor investment role.

The term unicorn is used to describe a privately held start-up company with a value of over $1 billion.

“Unicorns initially require seed capital of hundreds of crores, and then as they grow they need thousands of crores to build global scale businesses.

“The Committee note in this regard thatcapital going into India’s unicorns comes mainly from foreign sources such as US and China.

“The Committee believe that this dependence be reduced so thatIndia becomes self-reliant by having several large domestic growth Funds powered by domestic capital to support India’s unicorns,” it said.