Home » Paytm plans mother of all IPOs, to raise $3 billion

If successful, this could be the biggest IPO by an Indian company, breaking Coal India’s 2010 record of Rs 15,475 crore. 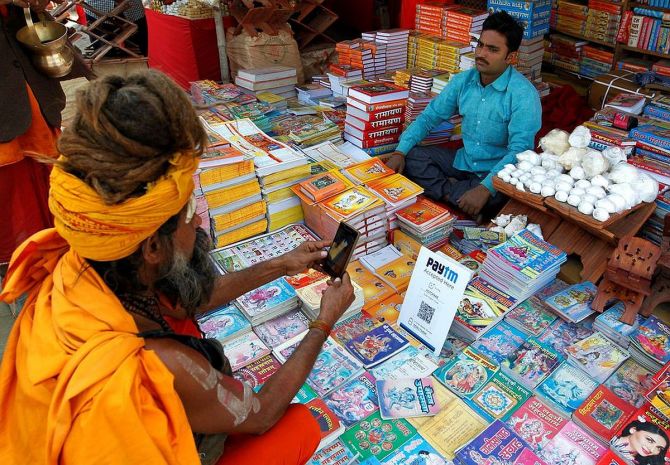 Digital payments provider Paytm is all set to make its market debut as early as this year, with an aim to raise $3 billion (around Rs 22,000 crore).

If successful, this could be the biggest initial public offering (IPO) by an Indian company, breaking Coal India’s 2010 record of Rs 15,475 crore.

According to media reports, the board of One97, parent company of Paytm, is all set to meet this Friday to formally approve the IPO plan.

Paytm — backed by investors like SoftBank Group, Ant Group and Berkshire Hathaway — is targeting a valuation of $25 billion to $30 billion, 1.5-1.8 times the current valuation of $16 billion.

Paytm has emerged as one of the largest digital payments players in the country and ranks third in terms of UPI payments with a market share of around 12 per cent.

This growth was driven by offline and financial services, said the company.

According to the firm, it continues to register, on average, 15 per cent month-on-month growth.

The fintech firm, of late, has been focused on increasing its reach in the market and working on top-line numbers.

The company recently launched a slew of products and services aimed at helping seasoned, as well as new-to-investment users.

It aims to achieve over 10 million users and 75 million yearly transactions for Paytm Money, its stocks and mutual fund investment platform, in the financial year 2021-2022, with the majority of users from small cities and towns.

According to a recent report by Bernstein on Paytm, the company is ready to evolve into a full-fledged fintech platform from a payments business.

“Paytm has over 350 million installed base, 50 million active user base, and over 20 million merchant base.

“Around 100 million of those users are KYC compliant.

“It is aggressively working to monetise across multiple verticals to break even in 12-18 months,” said the report.

The company has also been rewarding its employees with stock options.

Besides Paytm, foodtech start-up – Zomato – is planning to raise Rs 8,000 crore through an IPO this year and has already filed its draft red herring prospectus (DRHP).

PolicyBazaar, India’s largest online insurance company, has stated that it is gearing up for an IPO.

According to reports, the company is looking to raise Rs 4,000 crore via IPO, while seeking a valuation of $3.5 billion.