Take a high street in the throes of structural upheaval. Add a large dollop of Brexit uncertainty, a pinch of unusually warm weather and what do you get? The sort of dish that will turn the stomach of even the toughest retailer.

This is the crunch time for shops and online shopping outlets. Christmas is when consumers tend to spend more freely and many retailers make their profits. Last year, November and December accounted for more than 21% of all goods sold.

What’s more, the retail sector had every reason to be cautiously optimistic about the prospects for 2018. The proportion of Britons in work has never been higher, while unemployment is at levels last seen in the mid-1970s.

Employers are struggling to fill vacancies, which means they have to offer workers higher wages. In a contrast to 2017, pay packets are growing faster than inflation – and rising incomes normally lead to higher consumer spending.

John Lewis says sales fell 5.1% in the week to 8 December, after it failed to build on momentum generated by the Black Friday sales event.

Ted Baker reports a 3% drop in sales at established stores.

Primark, the UK’s third-largest clothing retailer, behind Next and M&S, warns of “challenging” trading conditions after like-for-like sales turned negative in November.

Dixons Carphone slumps to half-year loss of £440m after writing down the value of its unprofitable mobile retailing brand.

The Sports Direct founder, Mike Ashley, warns that “November was the worst on record, unbelievably bad” for retailers, sending his company’s share price down nearly 15%.

The no-frills womenswear retailer Bonmarché issues a stark profit warning, saying trading is “significantly worse even than during the recession of 2008-09”.

Laura Ashley is to close 40 stores, a quarter of its UK outlets, putting hundreds of jobs at risk. Julia Kollewe

However, reports from retailers for November have been downbeat. Mike Ashley, the founder of Sports Direct, said the start of the Christmas period was “unbelievably bad”. The monthly report from the payment company Visa found that spending in November was down for a second month. The online clothing firm, Asos sent share prices of the entire UK retail sector lower on Monday when it issued a profits warning after much worse than expected November sales.

In truth, retailers have been hit by a number of disparate factors simultaneously. Factor number one is that during a period when budgets have been squeezed, consumers have put a higher priority on going out than they have on buying things, leading to speculation that the UK might have reached “peak stuff”. 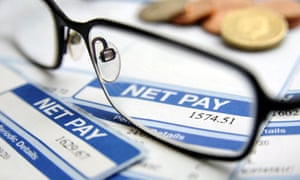 Factor number two is the increased tendency for people to shop online, where the prices tend to be lower and parking is not a problem. Bricks-and-mortar retailers are having a really tough time, with footfall down and costs up.

The profits warning from Asos shows, however, that online retailers are also suffering. Clothing retailers are always at the mercy of the weather and they find it difficult to shift winter stock until the temperatures drop. So, factor number three has been a warmer than usual November.

There is more to poor pre-Christmas trading than that, though. Factor number four is that interest rates have started to rise from the exceptionally low levels of the past decade. As yet, the increases have been modest but there will be more to come.

Rising house prices tend to generate a feelgood factor among consumers but the property market is in the doldrums. That’s factor number five.

Finally, the newspapers, TV and radio have been awash with Brexit gloom for the past couple of months and that has had an impact on consumer confidence. A year ago households were prepared to borrow more to fund their spending, even though their real incomes were falling. Autumn’s prolonged political uncertainty has made them a lot less willing to take financial risks.