Home » Pennsylvania has a new crop, thanks to the growth of e-commerce. 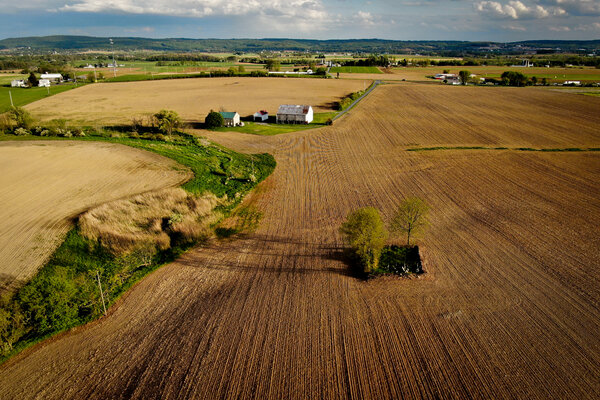 In recent decades, the area in and around Pennsylvania’s Lehigh Valley has evolved from its agricultural and manufacturing roots to also become a health care and higher education hub.

Huge warehouses are sprouting up like mushrooms along local highways, on country roads and in farm fields. The boom is being driven, in large part, by the astonishing growth of Amazon and other e-commerce retailers and the area’s proximity to New York, the nation’s largest concentration of online shoppers, roughly 80 miles away.

But the warehouses are being built at such a dizzying pace that many residents worry the area’s landscape, quality of life and long-term economic well-being are at risk.

E-commerce is fueling job growth, but the work is physically taxing, does not pay as well as manufacturing and could eventually be phased out by automation. Yet the warehouses are leaving a permanent mark. There are proposals to widen local roads to accommodate the thousands of additional trucks ferrying goods from the hulking structures.

Developers are confident in the industry’s growth, however, particularly after the pandemic. Big warehouse companies like Prologis and Duke Realty are investing billions in local properties. Many of the warehouses are being built before tenants have signed up, making some wonder whether there is a bubble and if some of these giant buildings will ever be filled.

“People are calling it warehouse fatigue,” said Dr. Christopher R. Amato, a member of the regional planning commission. “It feels like we are just being inundated.”

But some, like David Jaindl, a third-generation farmer, said the concerns in the area about warehouses were unwarranted.

“They are certainly good for our area,” said Mr. Jaindl, who is developing land for several new warehouses. “They add a nice tax base and good employment.”

Manufacturing jobs in the Lehigh Valley pay, on average, $71,400 a year, compared with $46,700 working in a warehouse or driving a truck. The region is still home to large manufacturing plants that produce Crayola crayons and marshmallow Peeps candies.