Every day since February 25, Brazil has recorded more than 50,000 new cases of the coronavirus — even reaching as high as 100,000 daily cases. It's the country's highest surge since the pandemic began, and it doesn't show signs of letting up. 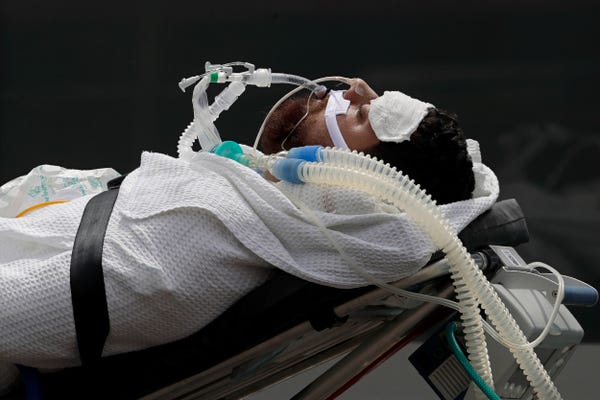 A contagious variant of the virus known as P.1 is thought to be driving the surge, and more young people are getting infected. The majority of COVID-19 patients in ICUs last week were under 40. 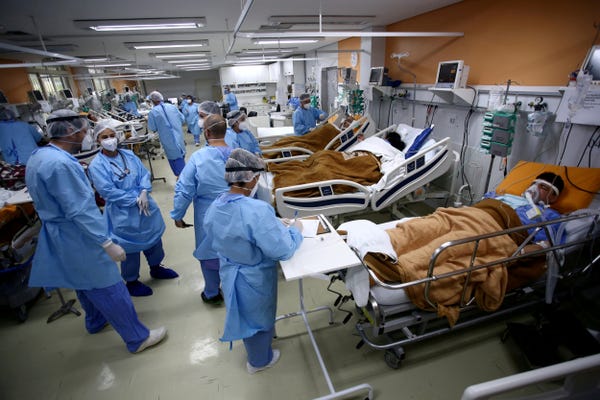 One nurse in Sao Paulo told CBS News she's seeing more patients in their 20s, 30s, and 40s, and that most of them don't survive once they're brought to the overcrowded ICU. 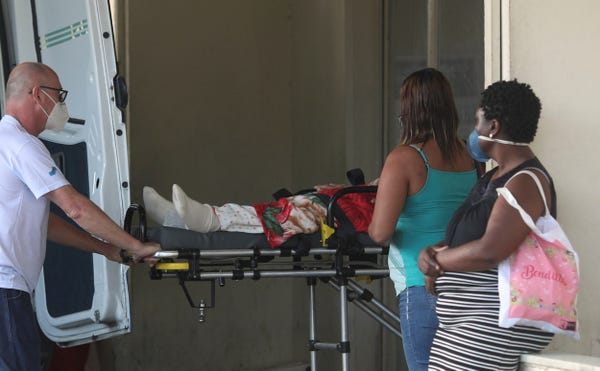 Although 32 million vaccine doses have been administered, Brazil has a population of 212 million. Only 11.8% of people have received at least one dose, and only 3.8% of the population is fully vaccinated. 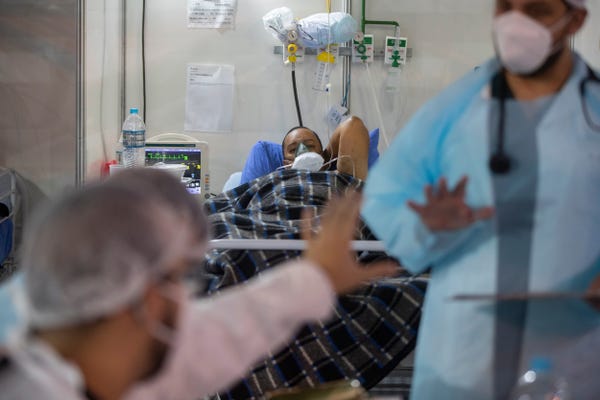 Deaths are higher than they've been at any point during the pandemic. Another 3,560 people were reported dead from the disease or complications from it on Thursday. 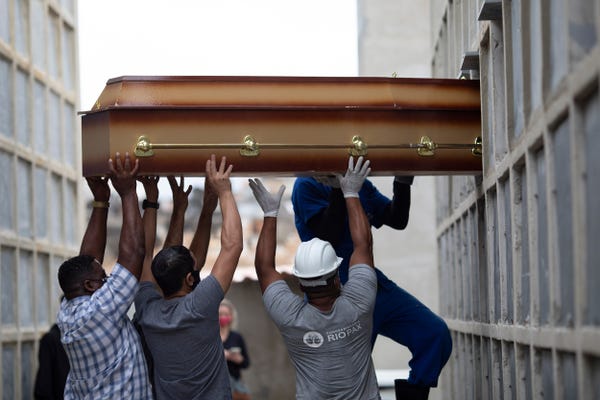 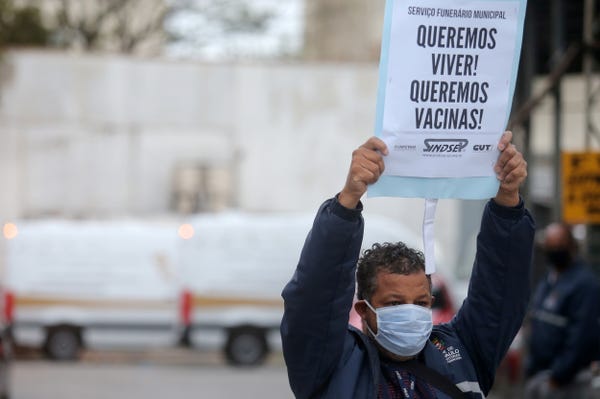 Funerals are an all-too-common sight. Only the US has recorded more deaths throughout the pandemic, but deaths in the US have been declining as more Americans are vaccinated. 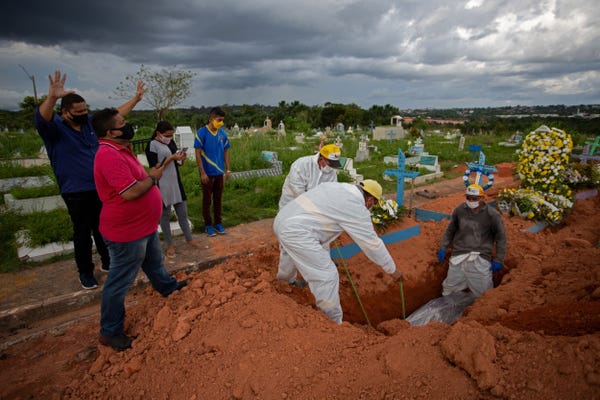 The sheer scale of graves in the city of Manaus is staggering. 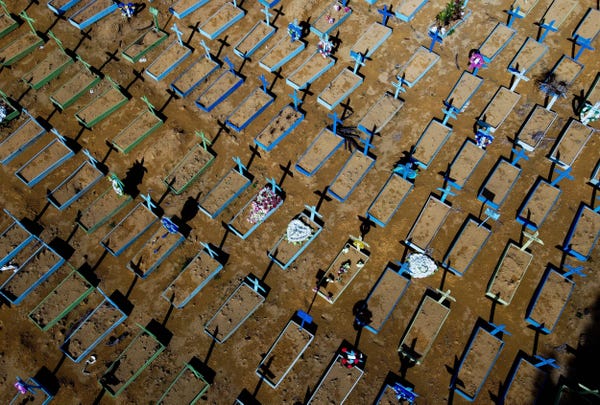 It's hard to conceptualize what 365,444 deaths may look like, but these aerial photos help provide a glimpse. 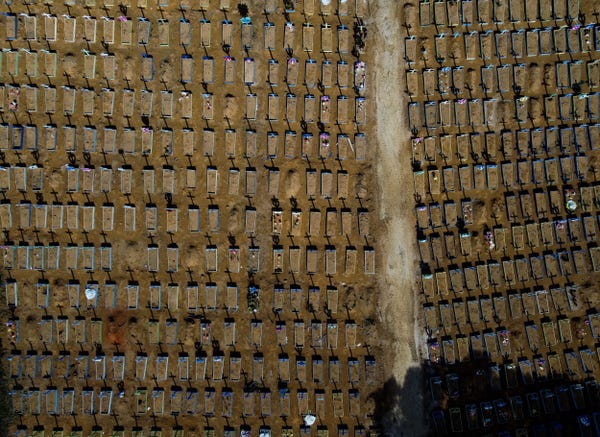 Yet some are still trying to bring some joy amid the heartbreak. Military police officer Everaldo Pinto donned a Captain America costume to hand out face masks and teach children how to avoid contracting COVID-19 in a city north of Rio de Janeiro this week. 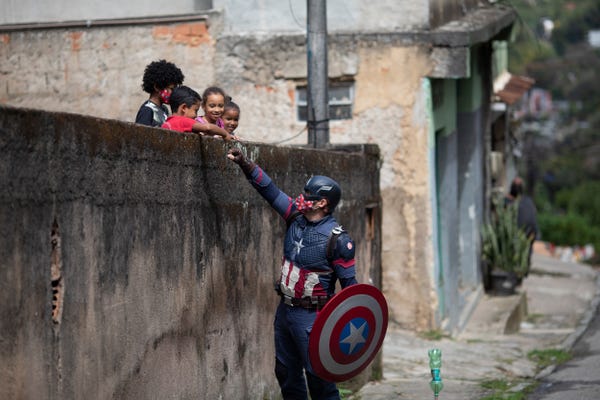