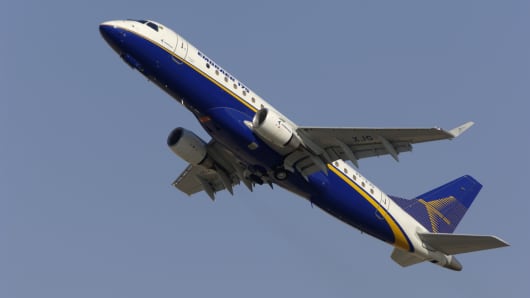 The cabins of the 25 regional Embraer E-175 jets that United agreed to buy this week, an order worth more than $1.1 billion at list prices, are seven inches wider with ceilings that are almost five inches higher than the old Bombardier regional jets they’ll replace, according the companies. United said they will have 70 seats aboard, even though 76 seats could fit.

The roomier ride isn’t due to passenger complaints about smashed knees and fights over arm rests. A United pilot union rule that caps seating capacity on outsourced regional airlines, which operate these jets, prevents United from adding more seats aboard the new planes, said Frank Benenati, a spokesman for United. The issue presents a dilemma for airlines that are trying to grow while keeping costs down and maintaining good relationships with their pilots, among their largest employee groups.

United and other carriers outsource their shorter routes to smaller airlines that pay their pilots significantly less. First officers with five years’ experience at a regional U.S. airline are paid about $45,000 a year to fly mid-size regional planes, compared with close to $72,000 in annual pay to fly the smallest aircraft at a large U.S. airline after just one year of experience there, according to Kit Darby, a consultant on airline hiring and pay and a former United captain. Regional flights brought in about 18 percent of United’s more than $32 billion in passenger revenue last year, according to a company filing.

Union officials say increasing seating capacity on the smaller regional jets takes work away from United’s own pilots, who are more highly compensated.

Airline passengers don’t have too much to be excited about if they’re taking longer flights. Airlines including United, are finding ways to cram more seats on some of their other planes. Their aim is to increase profits with more travelers on board, and to please skeptical investors.

United recently reconfigured some of its Boeing 777s, which it uses on some of its longest flights, to have 10 seats across (four in the middle) from nine. Rival Delta Air Lines recently took a jab on Twitter at competitors that squeeze an extra seat in the center economy section, to tout its 777s with nine seats across.

But the more spacious regional jets could be a welcome respite for some passengers. 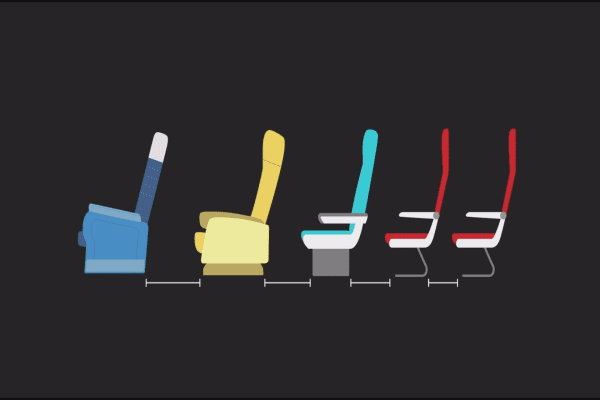