Portland is bracing for a possibly violent showdown on Saturday between the far-right and left-wing anti-fascists, known as Antifa — the latest in a series of clashes that have gripped the city over the past year.

Saturday’s protests follow similar rallies held in June and last summer that turned violent. Portland leaders have already called for a major law enforcement presence in anticipation of what may play out on Saturday.

In anearly morning Saturday tweet, President Donald Trump drew further attention on Portland, writing “Major consideration is being given to naming ANTIFA an ‘organization of terror.’ Portland is being watched very closely. Hopefully the mayor will be able to properly do his job!” 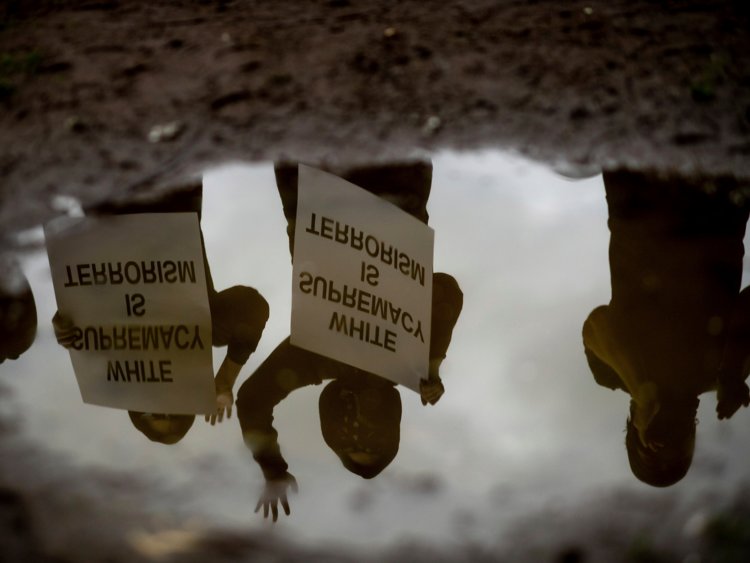 The president’s remarks quickly drew scrutiny for siding with the far-right. Saturday’s event is being organized by a member of the Proud Boys, which has been designated a hate group by the Southern Poverty Law Center (SPLC), and is expected to also feature members from groups including the American Guard, the Three Percenters, and the Daily Stormers. The SPLC describes the American Guard as a white nationalist group, the Three Percenters as an anti-government militia, and the Daily Stormers as a neo-Nazi group.

“This is exactly what the Proud Boys want: Permission to fight, and assurance that all of their previous assaults will be forgiven as long as an anti-fascist is filmed punching someone in the face. The president just gave them his endorsement,” Andy Campbell, a reporter at HuffPost,wrote on Twitter in response to Trump’s comment.

“Our president is literally doing PR for a hate group today,”added Alex Kotch, a reporter and editor at Sludge. “Trump preemptively calls ANTI-fascists, who will show up to protest, the actual terrorists.”

Why are they fighting? 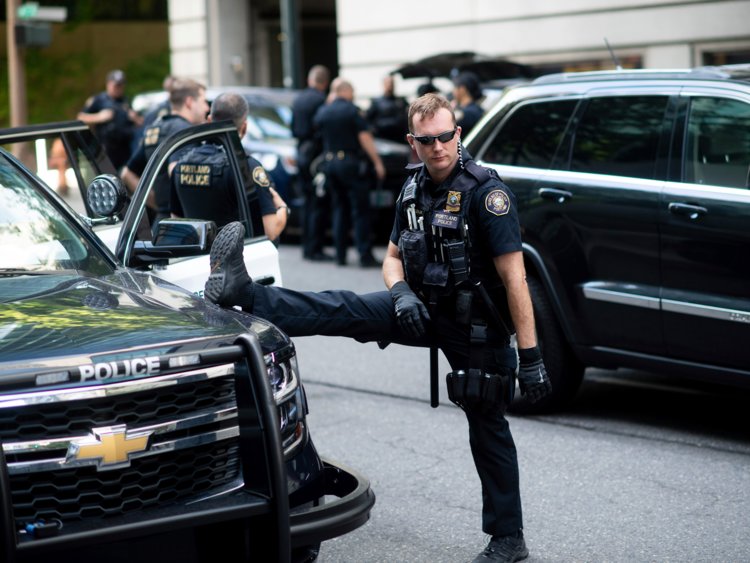 Portland police officer Bonczijk stretches before the start of a protest in Portland, Ore., on Saturday, Aug. 17, 2019. Police have mobilized to prevent clashes between conservative groups and counter-protesters who plan to converge in the city.AP Photo/Noah Berger

Portland is preparing forSaturday’s planned right-wing rally, called the “End Domestic Terrorism” rally, which could see as many as 1,000 people come together against Antifa. In response, Rose City Antifa, Portland’s group of anti-fascist activists, called for their own left-wing counterprotest.

The “End Domestic Terrorism” rally, organized by Enrique Tarrio, of the Proud Boys, and Joe Biggs, who used to work for fringe media company Infowars and is known for inflammatory rhetoric against Antifa members, comes afterconservative blogger Andy Ngo was attacked while filming at a Patriot Prayer rally in late June. Antifa protesters were blamed for Ngo’s attack, with a video showing him being punched, kicked, and hit with silly string and milkshakes.

According to CNN, Biggs said that Saturday’s rally was organized to counter Antifa and specifically mentioned the June attack against Ngo.

Joey Gibson, a member of the far-right Patriot Prayer who is not involved in Saturday’s rally but organized similar gatherings over the past two years, surrendered on Friday on an arrest warrant related to felony rioting. In a video he livestreamed on Facebook, he accused the police of falling prey to politics for arresting him but not the masked people who attacked Ngo. 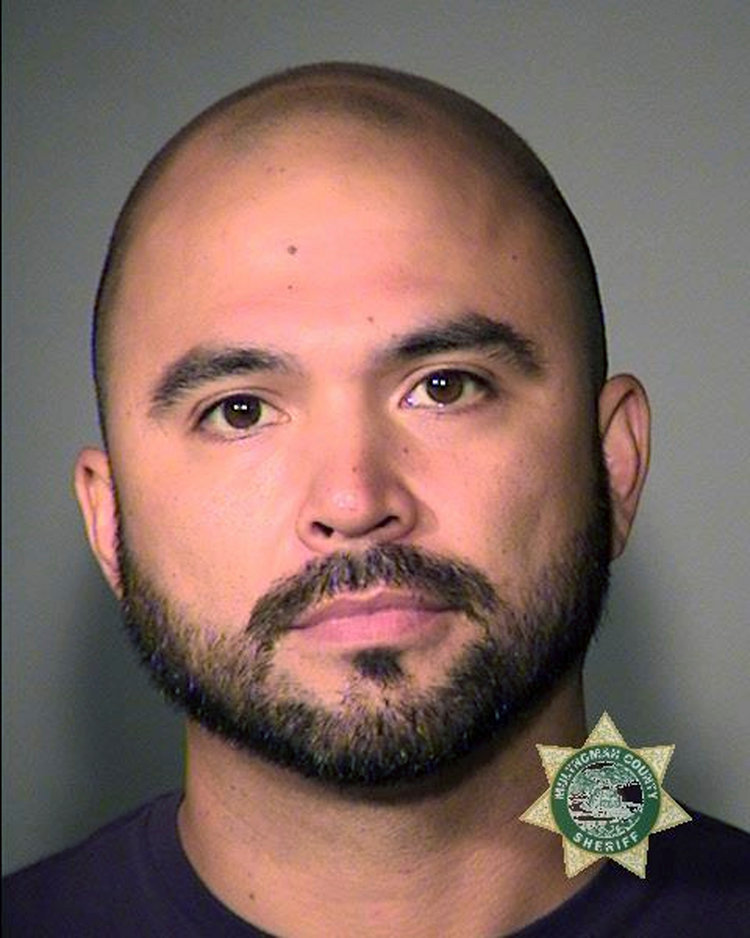 This booking photo provided by the Multnomah County Sheriff’s Office shows Patriot Prayer leader Joey Gibson on Friday, Aug. 16, 2019. Authorities arrested Gibson, the leader of the right-wing group, on the eve of a far-right rally that’s expected to draw people from around the U.S. to Portland, Ore., on Saturday, Aug. 17 prompting Gibson to urge his followers to “show up one hundred-fold” in response.Multnomah County Sheriff's Office via AP

In response to the rally and counterprotest, Portland Mayor Ted Wheelerwrote in a tweet: “A message to anyone who plans on using Portland on August 17th to commit violence and spread hate: We. Don’t. Want. You. Here. Stop using our beautiful city and our home to spread fear and disrupt our lives.”

Portland, considered a liberal beacon known more for food trucks and man buns than brash violence, has slowly found itself in the crosshairs of far-right violence. The state of Oregon has adisproportionate number of hate-based groups and militias, and the city of Portland is77% white and less than 6% black, making it America’s whitest city.

“It’s Portlandia, and in the public mind it represents everything these (far-right) groups are against,” Heidi Beirich, director of the Intelligence Project at the Southern Poverty Law Center, which tracks hate groups, told the Associated Press. “It’s progressive, and even more offensive to them, it’s progressive white people who should be on these guys’ side.”