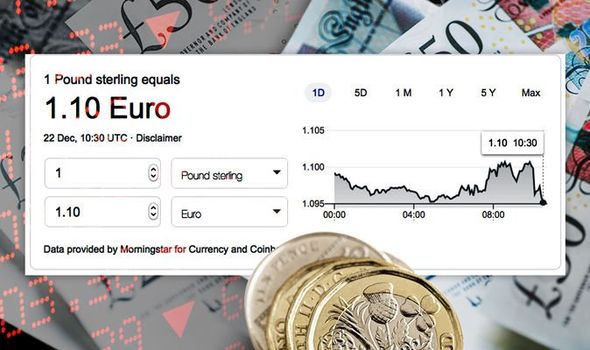 Yesterday, the UK offered the EU a compromise on fisheries in a bid to break the current Brexit impasse. It is believed the offer is a 35 percent reduction in the catch value with a five-year phase-in period.

This offer was much closer to the EU’s original demand of a 25 percent reduction.

But the EU has rejected the conceessions on fishing, according to two officials.

With days to the end of a Brexit transition period on December 31, the pound had fallen below $1.32 on Monday as much of the world closed borders to the UK after London identified a highly infectious coronavirus strain.

Jane Foley, head of FX strategy at Rabobank, said: “While a Brexit deal would be a huge move forward, any relief rally in the pound is likely to be tempered by the reality that many sectors will remain outside the reach of any deal and by the concerns over the impact on the economy of the current tier 4 restrictions and border closures.”

Michel Barnier will update the bloc’s 27 national envoys on the latest on Brexit at 3pm today, with disagreements over fishing rights the key obstacle to a new trade deal, Brussels sources said.

EU officials said Mr Barnier would also speak to the European Parliament’s Brexit group, adding that cutting the value of the bloc’s catch in UK waters by 35 percent from 2021 would be too high.