Home » Business » Prices are going up on almost everything. Here's why

New York (CNN Business)Want to attract employees? Try raising wages and promising a path to a promotion. For Chipotle, those tactics appear to be working.

Across the country, restaurants are struggling to hire staff as they try to return to normal and employees quit at elevated levels. In a bid to woo workers, Chipotle has increased the pay of its restaurant workers by about $2 per hour to an average of $15.
The higher wages and other efforts have “worked very well,” said CEO Brian Niccol during a Tuesday analyst call discussing the company’s second quarter results.

“We’re in a really good labor spot,” Niccol said. “We’ve made tremendous progress on what was really a difficult situation,” in February and March, he said. “But now our hiring is caught up.” 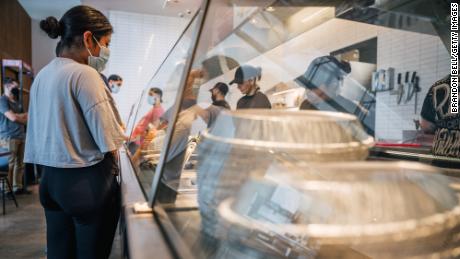 Chipotle explained in May that the pay bump means workers earn between $11 and $18 an hour. That still leaves some workers below the $15 minimum supported by labor advocates and the President.

Chipotle may also have to do some damage control when it comes to its reputation as an employer: In April, New York City accused the company of hundreds of thousands of violations of a law that requires fast food chains to give their employees more predictable, less hectic schedules. The chain said at the time that it will defend itself.
Other chains, including Olive Garden and McDonald’s, have also tried to lure employees with higher wages. Chipotle is trying to further attract talent with unconventional hiring practices, like accepting resumes on TikTok.

Higher prices on the menu

Last month, the company’s Chief Financial Officer John Hartung said Chipotle raised menu prices by about 3.5% to 4% to cover the cost of higher wages for employees. So far, customers have shrugged off the higher prices, Niccol said during Tuesday’s call, noting that “we saw very little resistance to the price increase.” In the second quarter, revenue grew 39% to $1.9 billion. Sales at restaurants open at least 13 months spiked 31%.
The company has been especially pleased to see lunch sales start to rise. “Probably the best piece of news that I’ve seen in our data is … that our lunch business is coming back,” said Niccol, pointing to it as a sign that people going back to offices are resuming their Chipotle lunch habits.
But customers may not always be so accepting of higher prices, said Peter Saleh, restaurant analyst at BTIG, a financial services firm that specializes in research.
“There is a possibility that consumers say, ‘Hey, this is too much,’ and they push back,” he said. Generally, restaurants raise prices by about 2.5% each year, Saleh said, noting that the figure could be higher this year. Restaurants that go above the industry norm tend to get punished with lower customer traffic, he said.