Senator Markey is the junior senator from Massachusetts and co-author of the Green New Deal congressional resolution. He is chair of the Climate Change, Clean Air, and Nuclear Safety Subcommittee of the Senate Environment and Public Works Committee. Mark Wolfe is an energy economist and serves as the executive director of the National Energy Assistance Directors’ Association (NEADA), representing the state directors of the Low Income Home Energy Assistance Program. He specializes in energy, climate, housing and related consumer finance issues. The opinions expressed in this commentary are their own.

The surging and volatile oil and gas prices created by Russian President Vladimir Putin’s war on Ukraine highlights the urgent need for the US to reduce its dependence on foreign oil and natural gas and accelerate its move to cleaner energy sources. Never before has it been this clear that fossil fuels are not only harming our environment, but our economy as well.

Rising oil, gasoline and natural gas prices are particularly harmful for small businesses and low-income households. Over the past year, the compounding effects of supply chain issues, ballooning demand and Russia’s war in Ukraine has increased the price of gasoline from $2.85 to $4.23 a gallon. For low- and middle-income families, this increase is significant because they have less discretionary income to absorb rising prices. And volatile energy prices create challenges beyond what these households pay at the pump or on their utility bills. For example, unexpected spikes in the price of energy increase the odds that a low-income household will have to reduce purchases of other essential goods, including food, because they cannot easily reduce their consumption of gasoline in the short term.

A transition to clean energy is a transition to cheaper energy. By powering our families with green energy made in America, we can create jobs, lower monthly bills, improve reliability and insulate working Americans from price hikes.

Both Republicans and Democrats have argued that the US should drill more, rather than end its dependence once and for all on a volatile product that is harmful to the environment and the economy. Ramping up domestic fossil fuel production would take years and would have no significant impact on short-term gasoline prices. Instead of wasting time and harming the climate, the US should make a generational investment in electric vehicles, heat pumps and energy-efficient appliances that would transition the economy from globalized fossil fuels to clean energy.
For too long, we have viewed addressing climate change and strengthening our economic security as two separate problems with distinct solutions, rather than as connected issues that need to be addressed together. Policy proposals such as the Green New Deal would bring a single lens to strengthen the US’s energy independence and families’ economic security while helping the nation mitigate the damaging and dangerous impacts of climate change.

The goals of the Green New Deal are as relevant today as when the bill was introduced more than three years ago, namely to reduce greenhouse gas emissions through the use of clean, renewable energy sources. It leverages federal funding to help communities affected by climate change through investing in renewable power sources and building or upgrading to smart power grids that provide affordable electricity. 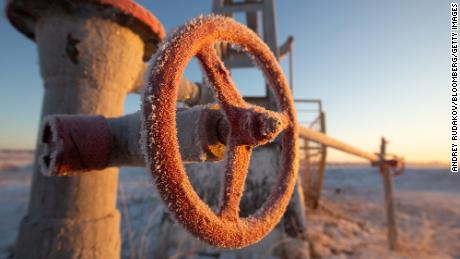 I have been working with my colleagues in Congress to address the immediate short-term impact on the economy from Russia’s invasion and to implement longer-term strategies to end our dependence on fossil fuels. In addition to the Green New Deal, I have introduced specific legislation, the SAVE Consumers Act, which would allow the administration to advance the release of 265 million barrels of oil into the US market by the end of 2023. Already, Congress has approved the release of oil by the end of 2031. My legislation speeds up this timeline to ease the price spikes families are facing at the pump today, while giving us time to take significant steps to transition to cleaner energy sources.
The SAVE Act would also get us closer to meeting the administration’s goal of net-zero emissions energy production by 2050.

Further, we must also help low-income families as they struggle to pay high energy bills to heat and cool their homes during the transition to a clean energy economy. To that end, I have introduced the Heating and Cooling Relief Act to help families pay their energy bills, as well as establish a grant program to ensure low-income households do not get left behind by helping them move away from fossil fuels through home retrofits, decarbonization and renewable energy.
We can and must end our dependence on fossil fuels. It’s the right thing for the environment and the right thing for our economy.
Source: Read Full Article