The Middle East is enduring one of its hottest summers ever, but Iraqis have had it especially tough.

In Baghdad last week, the temperature reached 52° Celsius (125° Fahrenheit), the highest figure ever measured for the capital. Basra, a southern oil hub, reached 53°C, just one degree shy of the overall heat record for the country set in 2016. While things cooled down before the weekend celebration of Eid-al-Adha, temperatures remained well above their historical averages.

The stifling heat has forced many people indoors during the day, while others have set up showers in the streets to cool off.

Thenear breakdown of Iraq’s electricity grid has made matters far worse, as regular blackouts cut off air conditioning. Those who can afford them use diesel generators to power cooling equipment, but these pump out small particulate matter and createunhealthy levels of air pollution. 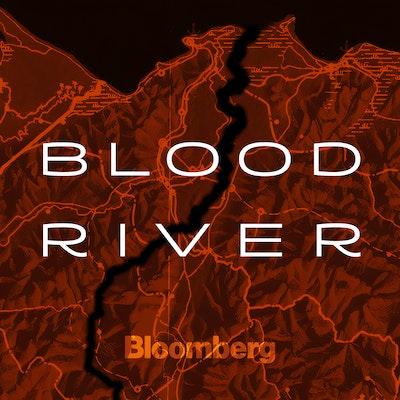 ShareSubscribeCookie PolicyDescriptionShare Blood RiverShare this episode with your friends“>Subscribe to Blood RiverKeep up to date by subscribing to this podcastCookie PolicyThis player is hosted by Megaphone, a podcast publishing platform. By using Megaphone‘s player you are consenting to our use of cookies, which we use to improve user experience. Please refer to our privacy policy to learn more.Description

The killers of Berta Caceres had every reason to believe they’d get away with murder. More than 100 other environmental activists in Honduras had been killed in the previous five years, yet almost no one had been punished for the crimes. Bloomberg’s Blood River follows a four-year quest to find her killers – a twisting trail that leads into the country’s circles of power.

Read More: Life and Death in Our Hot Future Will Be Shaped by Today’s Income Inequality

The government used to declare public holidays when temperatures hit 50°C, said Mahmoud Abdul Latif, a senior meteorologist at the Iraqi Meteorological Organization. But with the country already under varying levels of lockdown to contain the spread of the coronavirus, that hasn’t happened this time. Almost 132,000 people in Iraq have tested positive, more than anywhere in the Middle East aside from Iran and Saudi Arabia.

While recent extreme heat events in Iraqand elsewhere aren’t yet directly attributable to climate change, they’re consistent with what humanity can expect from a warming planet. Iraq is OPEC’s second-biggest oil producer, but Latif called on the government to invest more in renewable energy and remove generators. Without such actions, he said, “in 10 years’ time, we will not be able to live in Iraq—there will be no life.”