The report, sent by the White House to the Senate Judiciary Committee in the middle of the night, was denounced by Democrats as a whitewash that was too narrow in scope and ignored critical witnesses.

Thousands of anti-Kavanaugh protesters rallied outside the Supreme Court and entered a Senate office building, holding signs such as “Believe Survivors” and “Kava-Nope.” Hundreds of demonstrators were arrested, including actress Amy Schumer.

But Republicans moved forward with plans for a key procedural vote on Friday and a final vote on Saturday on confirming the conservative federal appeals judge for a lifetime job on the top U.S. court.

The timing of the vote could be complicated by Republican Senator Steve Daines, whose office said on Thursday he planned to attend his daughter’s wedding in Montana on Saturday, making him unavailable to cast his vote.

Republicans control the Senate by a 51-49 margin. With Daines out of the picture, the party would need every other Republican to vote for Kavanaugh for him to be confirmed in a Saturday vote in the event all Democrats oppose him.

No Republicans have said they will vote against Kavanaugh, although four have not committed to supporting him.

Comments by two of them – Jeff Flake and Susan Collins – indicated the FBI report, which was the latest twist in the pitched political battle over Kavanaugh, may have allayed their concerns about him. Flake, a frequent Trump critic, was instrumental in getting the president to order the FBI investigation last Friday.

Trump, himself accused by numerous women during the 2016 presidential race of sexual misconduct, wrote on Twitter that the FBI report showed that the allegations against Kavanaugh were “totally uncorroborated.”

Collins said the FBI investigation appeared to be thorough. Flake said he saw no additional corroborating information against Kavanaugh, although he was “still reading” it. Another undecided Republican, Senator Lisa Murkowski, did not offer her view on the FBI report.

Cory Gardner, a Republican from Colorado, wants to finish reading the report before he makes a decision, his spokesman Casey Contres told the Denver Post. Gardner’s spokesman did not respond to a request for comment from Reuters.

While the comments by Flake and Collins were positive, neither explicitly announced support for Kavanaugh.

A previously undecided Democratic senator, Heidi Heitkamp, said she would vote against Kavanaugh, citing “concerns about his past conduct” and questions about his “temperament, honesty and impartiality” after his angry, defiant testimony a week ago to the Senate Judiciary Committee.

Senator Joe Manchin, the only remaining undecided Democrat, said he would finish reading the report on Friday morning.

Democratic Senator Dianne Feinstein noted that the FBI did not interview Kavanaugh himself or Christine Blasey Ford, a university professor from California who has accused Kavanaugh of sexual assault in 1982.

“It smacks of a whitewash,” Democratic Senator Richard Blumenthal told reporters, saying the report should not give political cover for Republicans to vote for Kavanaugh because “it is blatantly incomplete.”

Most Democrats opposed Trump’s nomination of Kavanaugh from the outset. If confirmed, he would deepen conservative control of the court. The sharply partisan battle became an intense political drama when Ford and two other women emerged to accuse Kavanaugh of sexual misconduct in the 1980s when he was in high school and college.

‘I KNOW MY TONE WAS SHARP’

Ford testified last week at a dramatic Judiciary Committee hearing that when she was 15, a drunken 17-year-old Kavanaugh pinned her down, tried to remove her clothing and covered her mouth after she screamed. Kavanaugh denied the allegation in testimony following Ford’s, painting himself as the victim of a “political hit.”

In a Wall Street Journal op-ed on Thursday, Kavanaugh said he “might have been too emotional at times” in his testimony.

Kavanaugh wrote that his testimony “reflected my overwhelming frustration at being wrongly accused.”

“I know that my tone was sharp,” he wrote, “and I said a few things I should not have said.”

On Thursday afternoon, retired Supreme Court Justice John Paul Stevens told a small gathering in Boca Raton, Florida, that Kavanaugh should not be confirmed. Video of his remarks was shown by the C-SPAN television network. 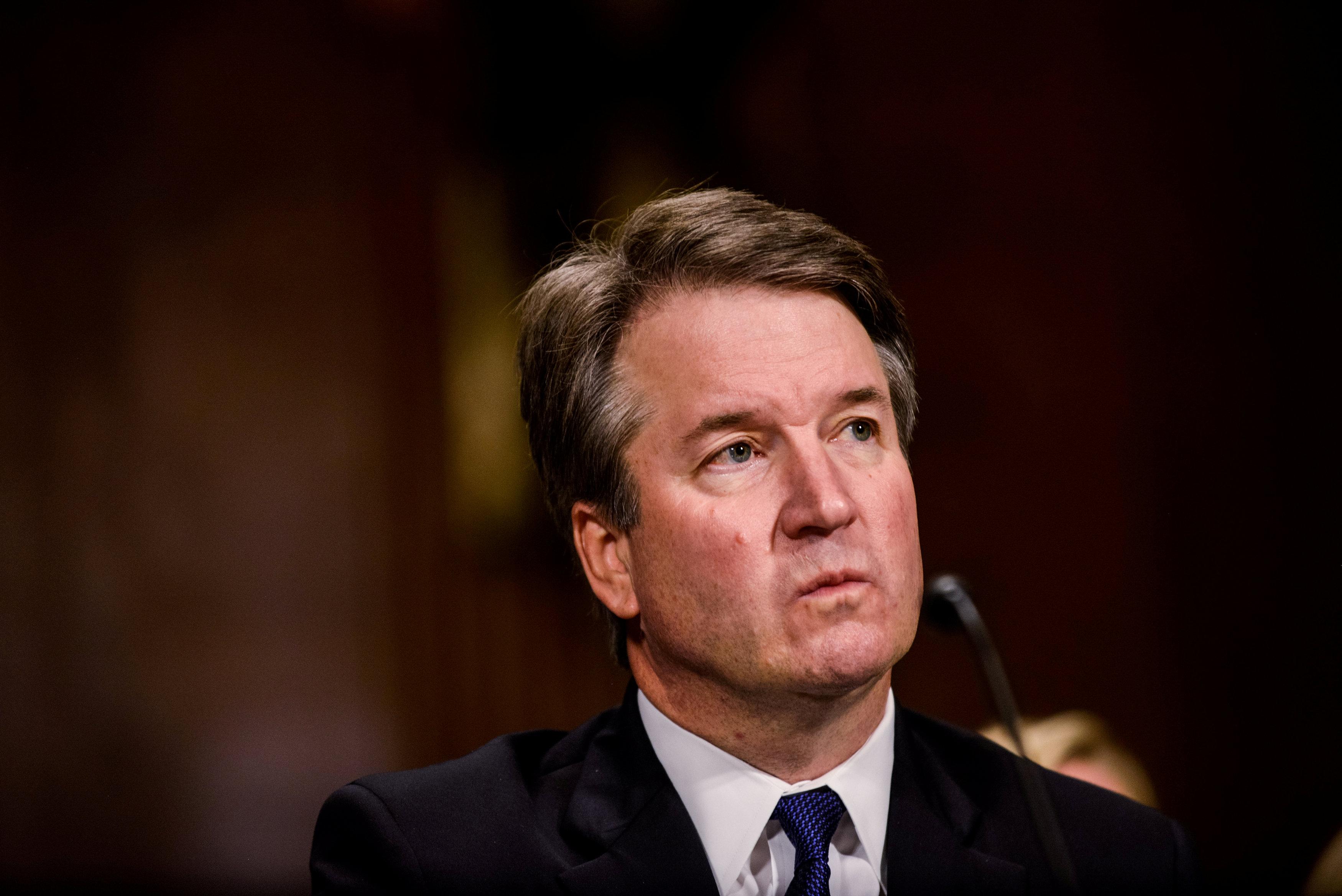 Stevens, who was appointed by Republican President Gerald Ford and who often sided with liberal justices on key rulings, said he initially thought Kavanaugh was qualified, but his “performance during the hearings caused me to change my mind.”

The Kavanaugh fight has riveted Americans weeks before Nov. 6 elections in which Democrats are trying to take control of Congress from the Republicans.

Kavanaugh’s nomination has become a flashpoint in the #MeToo movement against sexual harassment and assault. The nomination battle boiled down to a “he said, she said” conflict requiring senators to decide between diametrically opposed accounts offered by Kavanaugh and Ford.

Trump mocked Ford on Tuesday during a political rally in Mississippi.

The FBI report was not released to the public. Senators were allowed to read it behind closed doors in a secure location in the Capitol, without taking notes or making copies.

A senior Senate Republican aide said there was growing confidence that Collins, Flake and Manchin – all swing votes – would support Kavanaugh. If so, that could be enough for a Trump victory.

Some protesters, many dressed in black, crowded into the Hart Senate Office Building after rallying in front of the Supreme Court on a sunny, warm autumn day.

“I’m sick and tired of seeing women’s experiences not be given weight,” demonstrator Christine Zagrobelny, 29, a software engineer from New York City, said outside the Supreme Court.

“When the noise fades, when the uncorroborated mud washes away, what’s left is the distinguished nominee who stands before us,” Senate Majority Leader Mitch McConnell said on the Senate floor. 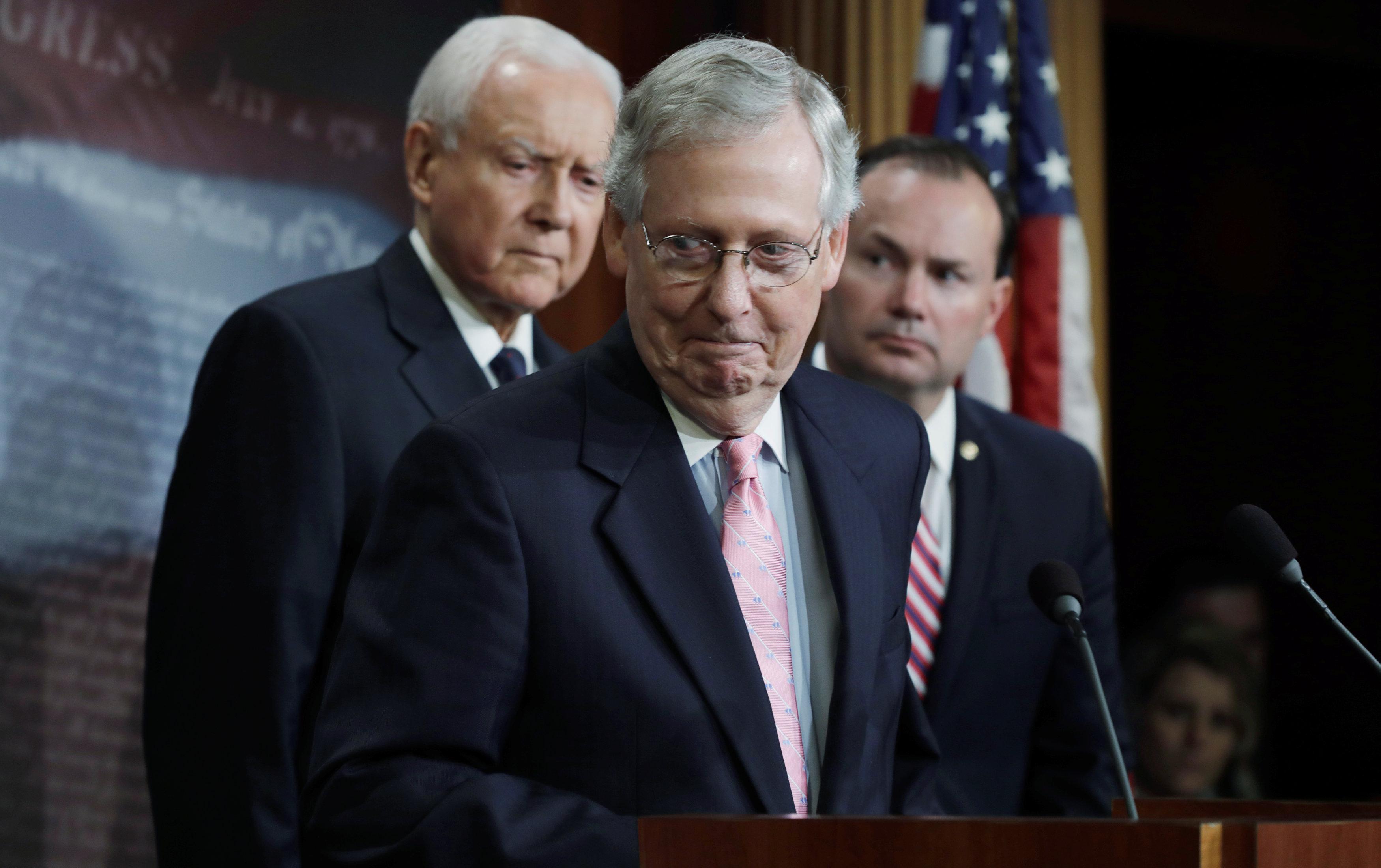