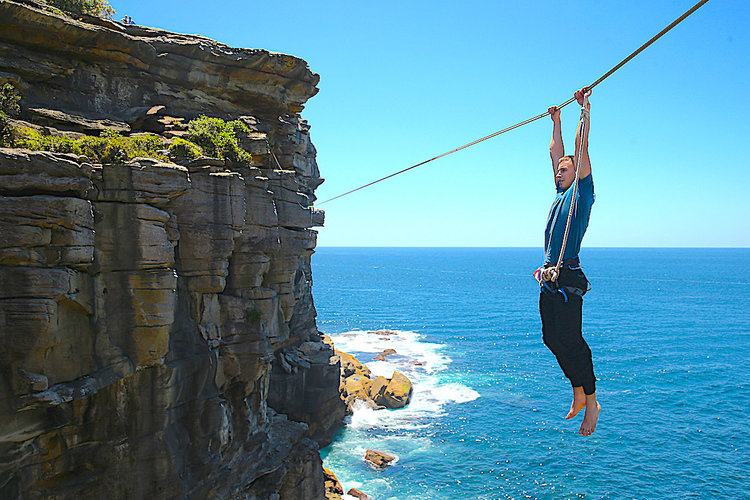 
LONDON — For decades, managers of pension funds, mutual funds, and retirement asset portfolios have used a “seven percent” rule to judge returns: Most savings plans, in most years, expect to return about 7% per year.

Over the past 90 years, the average return of the S&P 500 stock index— a proxy index for the global market — is about 9.8%. The 7% rule is lower because retirement savers ought to be hedging their exposure to stocks with a package of interest-paying bonds, where the gains and risks are lower. You’ve probably heard of the 60/40 stocks-to-bonds rule that is often recommended for people with 401(k)s or private pension plans.

Seven percent is an important number, because if your personal retirement savings get less than that annually over the long haul you will not have saved enough for retirement. At large, institutional pension funds — like BT or California’s CalPERS — failing to increase assets by 7% per year can trigger unfunded deficits, risking the future livelihoods of hundreds of thousands of current and retired employees (and perhaps even bankrupting an entire company, as BHS discovered in 2016).

But relying on the 7% rule might be a big mistake, according to Inigo Fraser-Jenkins and his team of analysts at Bernstein Research.


He believes that the average rate of return will be cut by an epic global shift in demographics that is going to change everything. This shift will increase inflation and lower asset returns from 7% annually to roughly 4%, he theorises.

That would mean individuals would have to more than double what they save every month for retirement, from 5% up to 11%. “Individual savings and pensions need to really make sure they have the right benchmark here,” he told Business Insider.

This chart shows the obvious. If returns are lower over time you need to save more every year to retire on the same level of wealth: 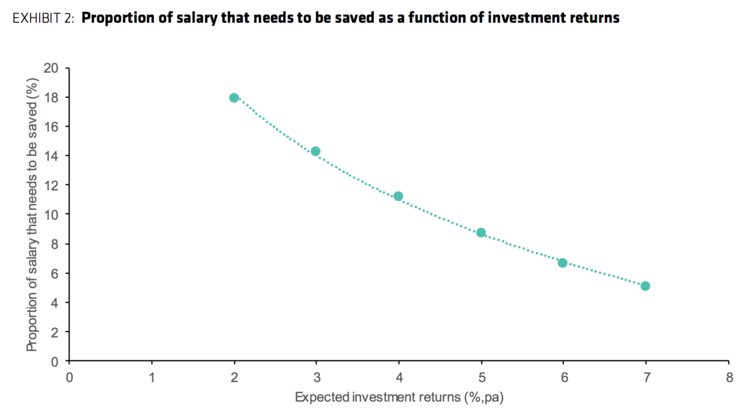 
It’s worth having an idea of just how much you have to save in order fund your own retirement. Fraser-Jenkins uses this example:

A retirement income of $35,000 every year for someone who began their career on $25,000 doesn’t sound too bad. It’s cheap, too. “If investment returns are 7% a year then they only need to save 5% of their salary each year,” Fraser-Jenkins told clients recently.

“But if we assume the returns on US equities to be 5% a year and 3% for bonds, then a simple 60:40 allocation would imply 4% return and hence a required savings rate of 11% of salary each year,” he warns.

There’s a good reason why the return on assets might slip from 7% to 4%: a huge demographic change that came on suddenly in the late 1980s is about to go into reverse.

At the end of the Cold War, the Iron Curtain fell and China and the countries in the former Soviet Union rejoined the global economy. It represented a massive increase in the supply of labour. “The admission of China into the global economy in the 80’s and the Soviet Bloc in the 90’s has led, by 2015, to an increase of the global working age population by 1.1Bn people, or a 148% increase compared to what the working age population of the developed world would have been if those two economic zones had not been admitted,” Fraser-Jenkins wrote in a research note seen by Business Insider. 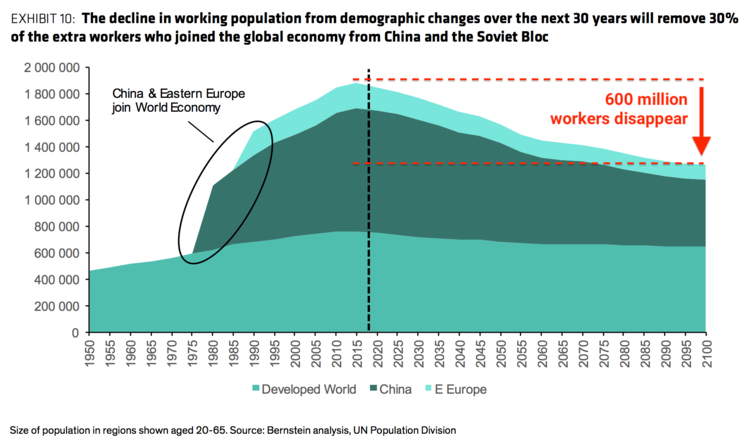 
That had a powerful deflationary effect on the price of wages, which has lasted decades. Wage costs are one of the driving forces of price inflation (because wages are the one cost virtually every company must pay). In the last 30 years, anyone who owned a factory was able to deny workers wage increases by threatening to move — or actually moving — their operations Eastward.

We live with that deflation today. Wages not moving upward, and we live in an intractable low-inflation environment, with interest rates stuck near 0-2% and consumer-price inflation at similar levels.

Right now, however, all those extra workers are ageing into retirement. Sometime soon, the extra supply of workers that has buoyed the global economy since 1990 will dwindle. By 2100, 600 million workers will disappear. The number of workers globally is expected to fall from a peak of 1.9 billion today to 1.3 billion by the year 2100 — a 33% decline in all. “The world’s population has been getting steadily older for decades, but we are in the midst of an inflection point in that trend, which is set to accelerate,” Fraser-Jenkins says.

That will have a powerful upward effect on inflation, and a concomitant downward effect on assets. Broadly, when inflation — and therefore interest — is near zero, it pays more to invest your money in any asset that returns greater than the low interest rate you get on cash in the bank. Thus there has been a historic rush of money into stocks and bonds, keeping asset prices rising at (you guessed it) 7% per year.

But higher inflation — caused by increased wage costs as the labour supply declines — eats away at the returns on those assets. That’s why Fraser-Jenkins thinks assets will return nearer 4% annually over the coming decades.

That’s a problem because the opposite savings trend is happening among workers in the US and UK right now. Older workers with generous “defined benefit” plans typically received 23% of their compensation as a contribution to their retirement plan. But younger workers, who have largely been moved into 401(k) plans in the US or private pension schemes in the UK, get a much less generous deal: only 4% of their salaries are going into savings, according to the most recent data from ONS and Bernstein.

This historic discrepancy — triggered by changes in the laws that cover retirement savings made in the late 1980s and early 1990s — has stripped younger workers of a massive amount of wealth, about £36 billion in the UK every year. It is one of the major driving forces of inequality in modern economics.

And that injustice might become politically locked-in sometime after the year 2030, the Bernstein team suggests, because that is the point where voters who are older than 65 form an absolute majority over those under 40, who are still in the workforce (and thus generating the tax payments that form their state pensions and government benefits): 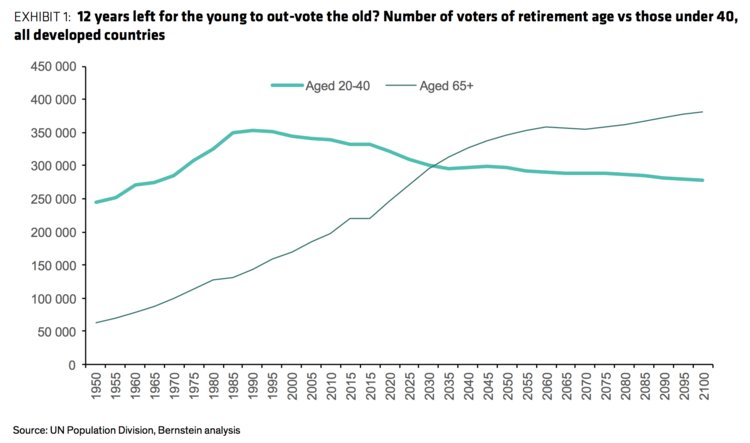 
This story is part of Business Insider’s series on inequality in Britain. 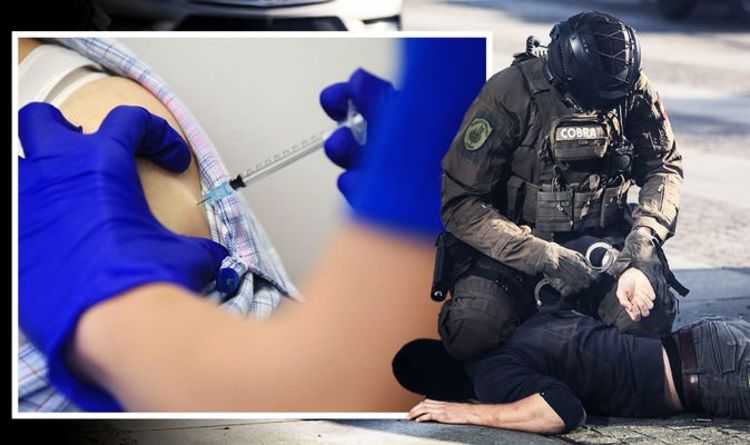