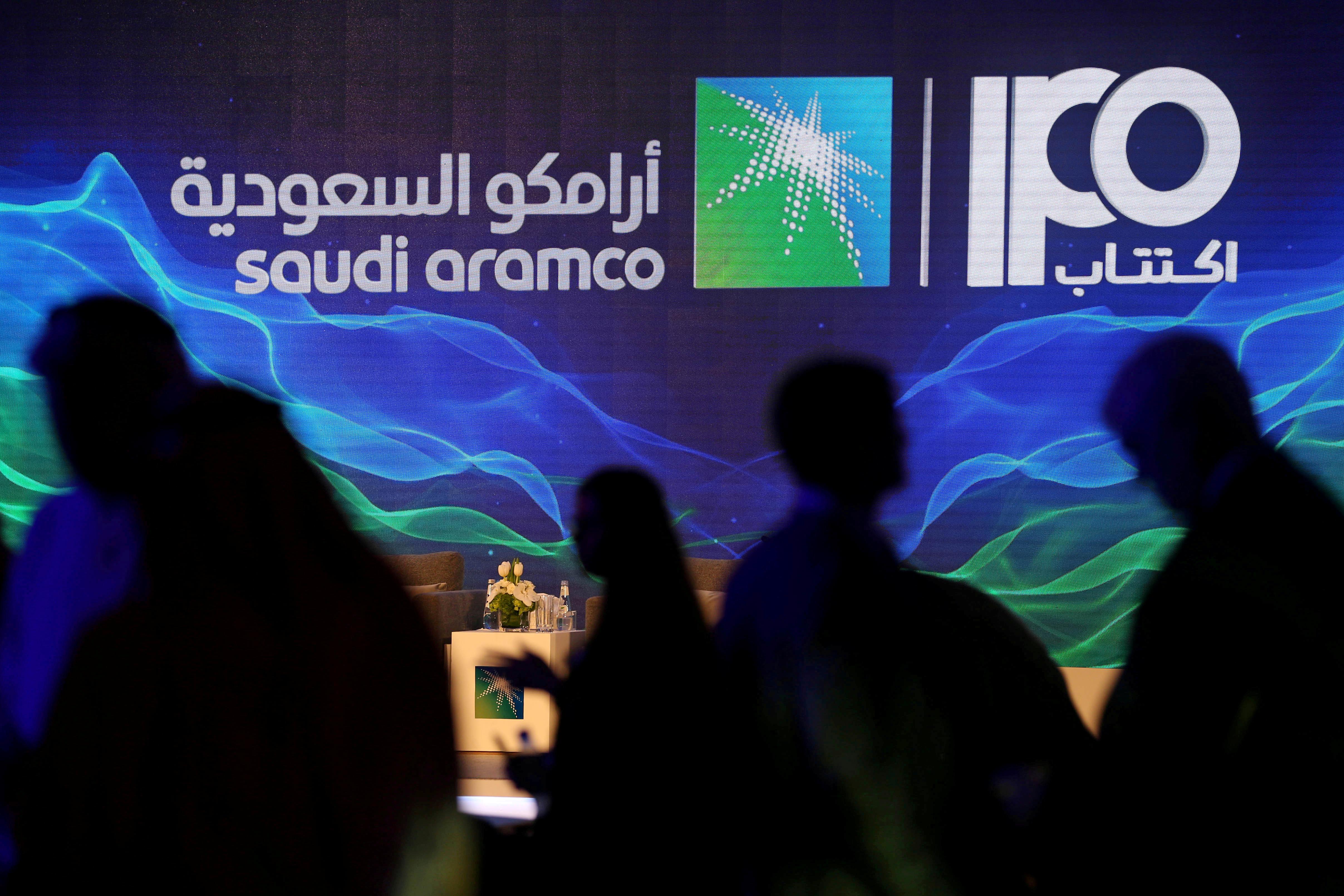 The bookbuilding process for allocating shares to institutional buyers – typically asset managers, insurers or pension funds – began on Nov. 17 and investors have until 1700 Saudi time on Dec. 4 to place orders.

The state-owned Saudi oil giant has received subscription orders for around 6.3 billion of shares so far from institutions in the first 17 days of the IPO, Samba Capital, NCB Capital and HSBC Saudi Arabia said.

Typically, IPOs in Saudi Arabia tend to be subscribed many times over, although the unprecedented size of Aramco’s listing means it is harder to benchmark the level of demand.

The biggest IPO in Saudi Arabia, before Aramco, was for the National Commercial Bank (NCB) in 2013, which sought to raise $6 billion and was oversubscribed many times over.

Aramco has previously said 0.5% of the offering will be allocated to retail investors, leaving 1% – or 2 billion shares – for institutional buyers.

The deal could be the world’s biggest IPO if it tops the $25 billion listing of China’s Alibaba Group Holding Ltd in 2014.

The lead managers did not provide a breakdown of the institutional investors, but in a separate statement last week Samba Capital said the bulk of orders came from Saudi companies and funds, while foreign investors accounted for just 10.5% of the offers as of Nov. 28.

The retail tranche, which closed on that date, attracted bids worth 47.4 billion riyals, equivalent to around 1.5 times the number of shares offered.

Riyadh scaled back its original IPO plans, scrapping an international roadshow to focus instead on marketing the offering to wealthy Gulf Arab allies. It has stayed quiet on when or where it might list the stock abroad.

The deal is the centerpiece of Crown Prince Mohammed bin Salman’s plans to diversify the Saudi economy away from oil.