New York (CNN Business)Rental car companies have been slashing their fleets during the pandemic, but now that travel is picking up again supply is tight and prices are sky-high. That’s a great opportunity for Turo, a sort of Airbnb for car rentals — which has been growing rapidly as more car owners use its app to rent out their vehicles.

Traditional car rental companies recorded massive drops in rental revenue thanks to the steep plunge in travel last year. Not so for Turo, whose revenue rose 7% as more car owners signed up to rent their privately owned vehicles sitting unused in the driveway because of job loss or working from home.
“Often times it does start with the car you already have or a second car that you’re not using very frequently,” said CEO and founder Andre Haddad.

And for some travelers unable to find their normal choice of rental cars lately, Turo has proved a savior.

Julian Levesque flew into Phoenix a week ago from his home in Newport Beach, California, and started searching for a traditional car rental only to discover there wasn’t much available.

“All I found was a minivan for $300, but I don’t need a minivan. So I checked Turo, and there was a Jaguar there, also for $300,” he said. “I figured I might as well get the Jaguar.”
That broader selection of cars is one of the advantages of Turo, said Haddad, which offers users more than just the economy cars that dominate many traditional rental fleets. Renters can find Teslas and various luxury cars such as Porsches that are difficult if not impossible to find on the mainstream rental market.
Turo started in a couple of markets in 2010 and went national two years later. While most car owners registered on Turo are offering only a single vehicle or two, a growing number are buying additional cars to add to their rental fleet.
One of those power users is Ryan Costello of Kailua Kona, Hawaii, a former handyman who has made the car rental business his full-time job. 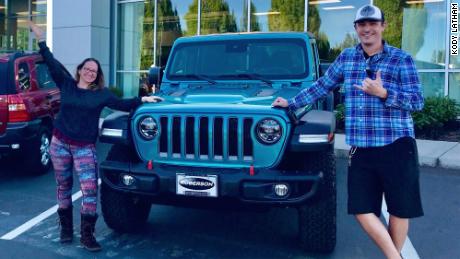 “I don’t have time to be a handyman any more. I’m too busy cleaning and maintaining and delivering cars,” he said.
Costello got started in 2017 with his Chevrolet Silverado pickup, and now rents out 10 Jeep Wranglers and Gladiators, saying, “it’s much cheaper than buying a home and renting it out and the return is much better. In a bad month I’m making $800 per car. In a good month, $2,000.”
His rental business did take a hit in early 2020 when tourism and travel came to a near halt in Hawaii, as he had just bought three new Jeeps that he couldn’t rent for seven to eight months. But now Costello is busier than he’s ever been, especially with the shortage of traditional rental cars in the state.
“I’m completely booked the next four months, and every day I’m getting about 20 calls or emails from people asking for cars,” Costello said. “People are desperate when they get here and realize there’s no way to get around.”

Turo says its hosts earn about $10,500 per vehicle annually after paying the company its commission, which runs between 7.5% and 40% depending on the level of insurance the vehicle owners arrange through Turo.
And compared to Hertz (HTZ), Avis Budget (CAR) and Enterprise, Turo has a big advantage on expenses: Because it doesn’t own the vehicles, the company doesn’t need to shell out to purchase and maintain a fleet of cars. 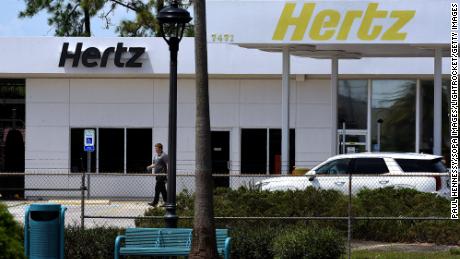 By contrast, traditional rental companies spent much of last year selling off the vehicles they didn’t need during the worst of the pandemic, partly to raise cash to make up for lost rentals. This year they’ve been having trouble adding back cars to meet the rebound in demand.
“That’s the problem with this asset-heavy model. We don’t have that problem. We’re an asset-light business,” said Haddad. “In many ways the pandemic has shown the advantage of the flexibility of our model.”

Turo is privately held, although it is looking at various options including going public — a move that could help the “Airbnb of cars” become its own household name.
“We’re very flattered” when someone refers to Turo that way, he said. “We hope to one day reach that level of awareness.”
Source: Read Full Article