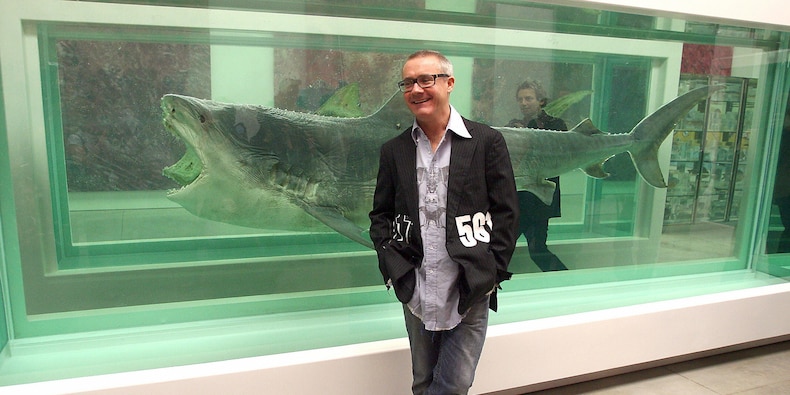 Superstar artist Damien Hirst is set to become the biggest player yet to enter the world of non-fungible tokens, with plans to sell 10,000 artworks tied to corresponding NFTs in a series called "The Currency Project."

The artist, famous for putting a shark in formaldehyde and encrusting a skull with diamonds, will release his latest works on a new technology called Palm, which will be connected to the Ethereum network that supports the world's second-biggest cryptocurrency, ether.

It is the latest sign of the craze for NFTs following the sale of a $69 million artwork using the technology earlier in March. Snoop Dogg and Lionel Richie are among the artists getting involved in the hottest new thing in the crypto world.

Non-fungible tokens, or NFTs, are a special class of digital assets that cannot be exchanged with one another for equal value, or broken down into smaller bits. They often operate as a type of collectors' item and cannot be duplicated.

Hirst said in a statement his new project "challenges the concept of value through money and art." He will produce 10,000 works on paper that will be tied to corresponding NFTs.

The 55-year-old was briefly the world's most expensive living artist in 2007 when he sold Lullaby Spring, a medicine cabinet containing 6,000 painted pills, for $19m. He spent around $24 million encrusting a skull with diamonds in 2007, which he sold for $100 million to a consortium.

The artist's series will be the first release on Palm. It is a new crypto technology and token created by ConsenSys, a developer group at the heart of Ethereum, working with film studio Heyday Films and art company Heni Group.

Hirst said: "Palm is by far the best platform for me. It's new and art focused, it's the most environmentally friendly, and it is quicker and cheaper to use. With Palm, artists can invent the future."

Palm will be connected to the Ethereum network and enable artworks to be encrypted and secured in a more environmentally friendly way, its developers said.

NFTs exist on a blockchain, a public ledger which allows people to verify who owns the token. But the technology involved can be slow, expensive and very energy-intensive.

ConsenSys said its research and development suggested Palm will be 99% more energy-efficient than Ethereum's main system by reducing the need for computing power, and will have lower costs and faster transactions.

It is not Hirst's first foray into the crypto world. The artist sold more than 7,000 prints of Japanese blossom paintings in a sale ending in March, with payment possible in bitcoin or ether.