Martin Nolan, the executive director of Julien’s Auctions, explains why authentic items from the iconic grunge band’s brief career are sought after more than ever by music collectors.

Iconic musicians, including Taylor Swift, Joni Mitchell and Ozzy Osbourne, are donating their memorabilia for a greater cause.

Fans can put in a bid for Swift’s or Osbourne's guitar, in addition to Joni Mitchell's artwork.

These popular items will be available at Julien's Auctions at the MusiCares Charity Relief Auction.

Following the Grammy Awards ceremony, the charity event will be giving back to MusiCares – an organization dedicated to helping musicians in times of financial and medical crisis. 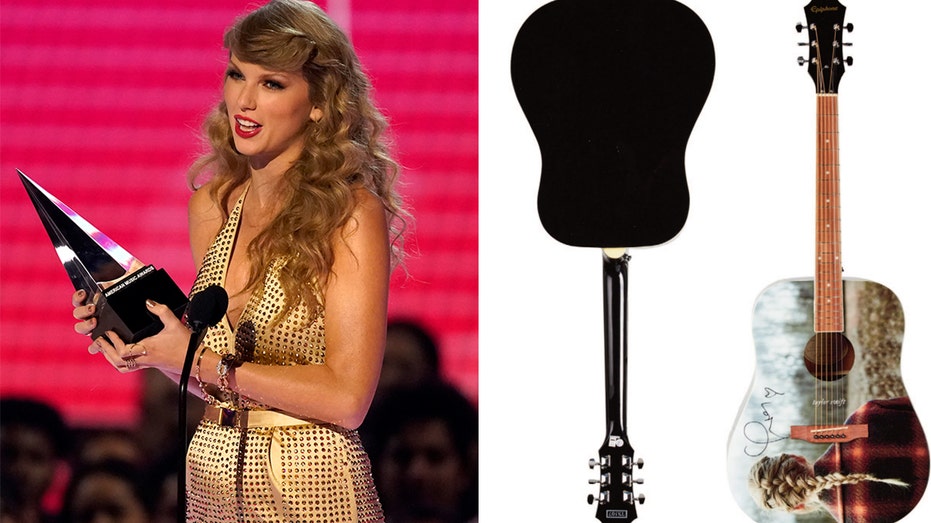 Swift's signed Epiphone acoustic guitar could draw between $5,000 and $10,000. The "Anti-Hero" singer’s musical instrument appeared on her 2020 "evermore" album artwork.

English singer-songwriter and television personality Ozzy Osbourne is donating his signed black Gibson SG electric guitar. The musical item could bid up to $4,000. 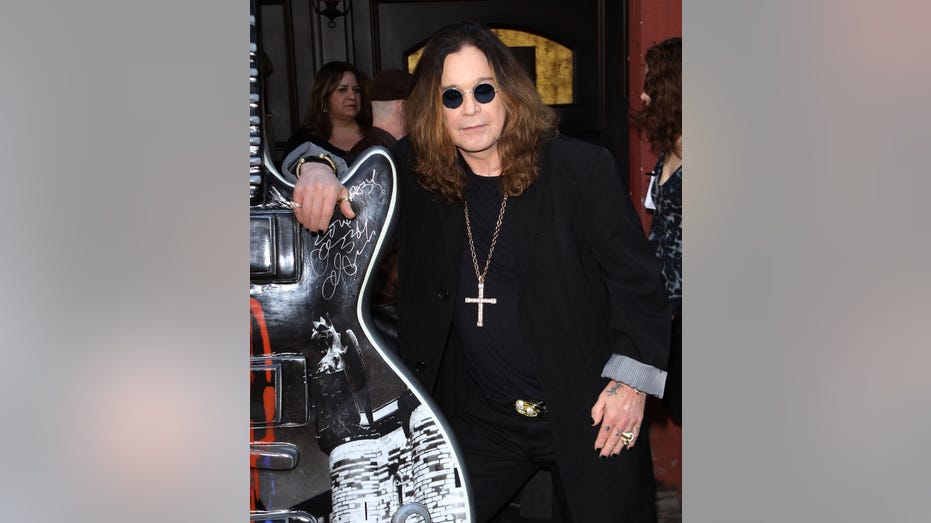 It’s described as a black gloss guitar, with Osbourne’s signature in silver marker. The musical instrument is noted to "play and sounds superb." 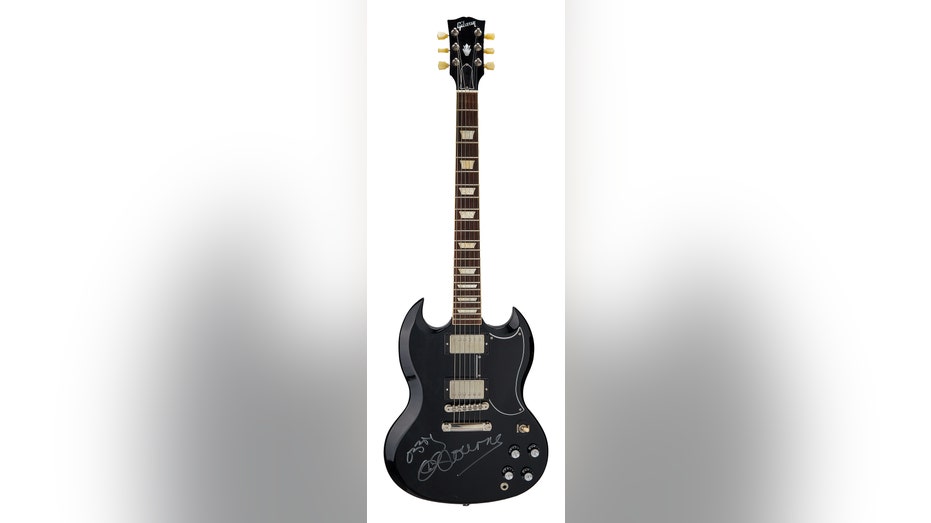 Joni Mitchell, the 2022 MusiCares Person of the Year, will have several items up for auction, including a signed print of her original painting of Jimi Hendrix, which may be on the auction block for $20,000. 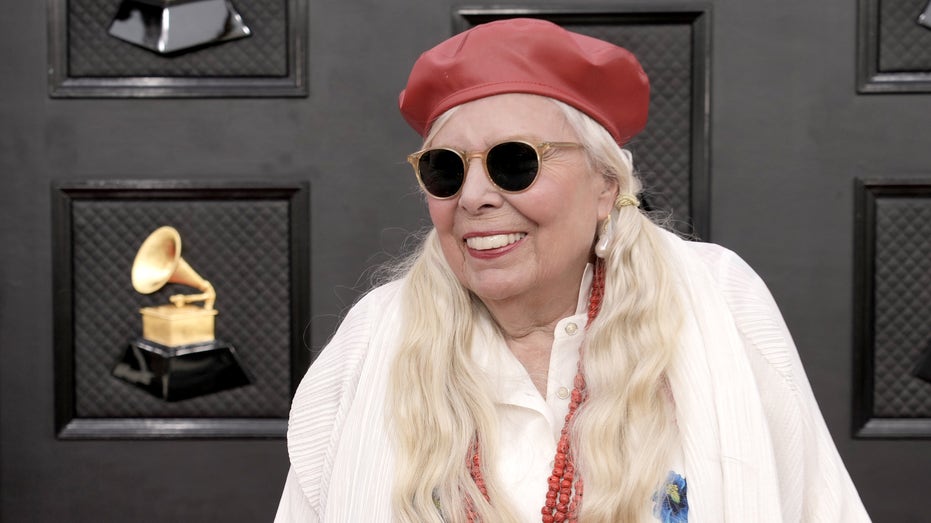 Joni Mitchell, the 2022 MusiCares Person of the Year, will have several items up for auction, including a signed print of her original painting of Jimi Hendrix. (Getty Images / Getty Images)

In addition, a watercolor painting of Mitchell, created by artist Rob Prior, accompanied by a photo of Mitchell with the artwork, will be included and could bid from $4,000 to $6,000. 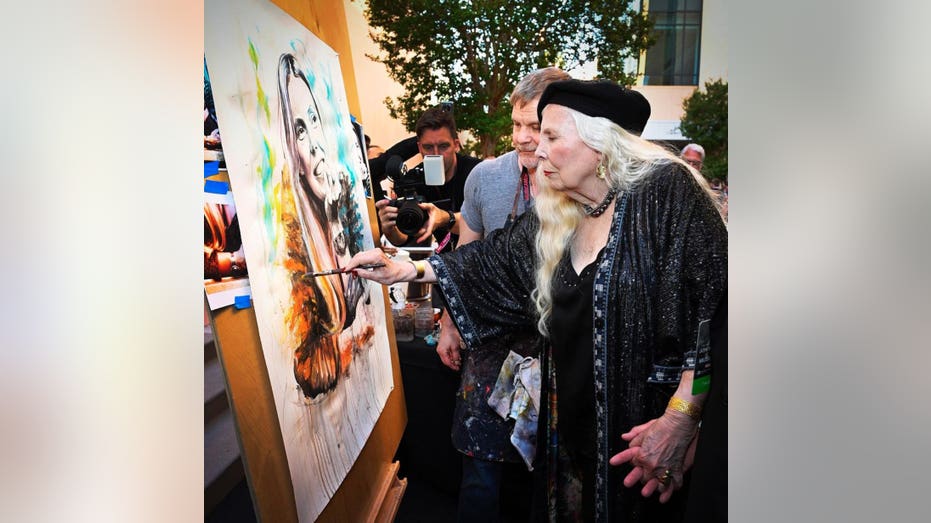 Meanwhile, other items, such as rapper Eminem’s white pair of Nike Air Max, could fetch up to $3,000 during the auction. The "Lose Yourself" artist signed the words "Shady" on his shoes.

The potential price tag for the Korean pop group BTS member’s black jumpsuit and buckle belt – worn by J-Hope during a photo shoot for his debut solo album "Jack in the Box" – may be on the auction block for up to $4,000.

Snoop Dog is slated to donate a sound system along with a special NFT that could fetch up to $8,000 at the auction.

Other famous musicians, including Paul McCartney, Barbra Streisand and Jimmy Buffett, will be donating their cherished items.

The MusiCares Charity Relief Auction hosted by Julien’s Auctions is scheduled for Feb. 5.