Puerto Rico is seeing a surge in cocaine seizures, indicating that drug flows are being reactivated after months of dormancy amid pandemic lockdowns and that the island is on track to tally a record drug haul in 2021.

The latest seizure occurred on April 17, when the United States Coast Guard intercepted a speedboat traveling along the coast of Aguadilla that was carrying 400 kilograms of cocaine, El Nuevo Día reported.

According to Puerto Rican authorities, the total amount of cocaine seized was up by nearly half year-on-year through March and 64% through mid-April.

On April 8, Puerto Rico tallied a record cocaine haul, according to the Associated Press. Puerto Rican Police Commissioner Antonio López reported the seizure of 2.4 tons, valued at $50 million. López explained that the drugs were being transported in speedboats off the southeastern town of Yabucoa.

One month beforehand, US Customs and Border Protection (CBP) reported the seizure of almost two tons of cocaine, also in Yabucoa.

According to InSight Crime’s press monitoring, around six tons of cocaine have been seized from January to late April along the island’s Caribbean Coast. This compares to 15.6 tons for 2019, already one of the highest totals on record, according to data from the United Nations Office on Drugs and Crime (UNODC).

The island offers strategic value for traffickers moving drugs to the United States due to its status as a US territory. Once the drug shipments enter Puerto Rico, they are more easily transported to the continental United States, as Puerto Ricans can transit freely and do not have to go through customs controls. 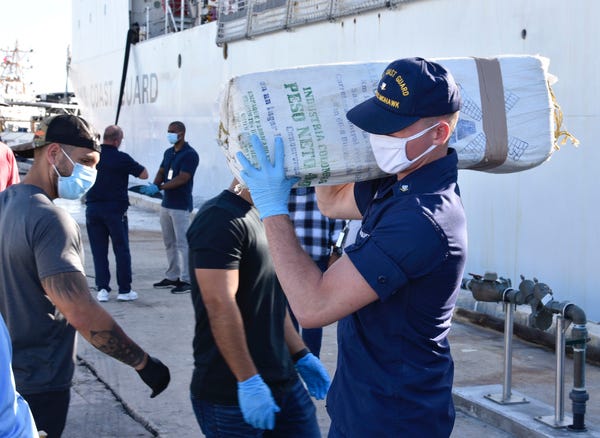 Puerto Rican authorities believe that the spike in cocaine transiting the island is due to the months of restrictions on transit amid the pandemic, the testing of new trafficking routes and the backlog of accumulated drugs.

“[Due to the confinement], drug traffickers had difficulties in moving merchandise. The consequence may have been that the drugs accumulated and they are looking for ways to enter the drugs,” Lt. Felícita Coreano, director of the Puerto Rico’s United Rapid Action Force (Fuerzas Unidas de Rápida Acción – FURA), told El Nuevo Día.

According to the DEA, cocaine shipments enter Puerto Rico almost entirely by sea. The shipments are mostly sent by speedboats and fishing vessels from Colombia and Venezuela. These boats usually make a stop in the Dominican Republic, where the drugs are collected by criminal networks who then move them to other destinations, including Puerto Rico.

However, in its latest report, the DEA warned of a new speedboat route directly connecting Venezuela to Puerto Rico and bypassing the Dominican Republic. This route could be behind the increasingly large shipments found in the US territory.