Home » Business » The stakes are too high to let Evergrande fail. Here's why

Hong Kong (CNN Business)China has decided it’s time to loosen its purse strings and pump money into the economy in a bid to stave off threats to the recovery.

The People’s Bank of China on Monday said it would cut the reserve requirement ratio for most banks by half a percentage point, starting December 15. That move, which reduces the amount of money that banks have to keep in reserve, will unleash some 1.2 trillion yuan ($188 billion) for business and household loans.
The decision — the second cut to that ratio this year — came on the same day China’s Politburo signaled that it may take more aggressive actions to protect the economy in 2022. The Chinese Communist Party’s leadership team, chaired by President Xi Jinping, said in a statement that “ensuring stability” would be a top priority in the coming year. 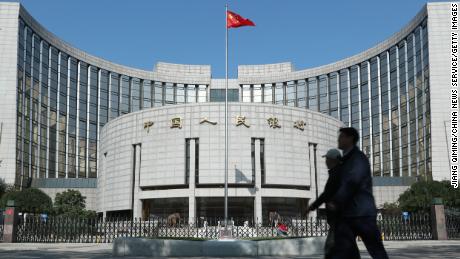 The statement was notable for its use of the phrase “stability is the top priority” — the first time the Politburo has used those words at its December meeting, which is dedicated to discussing the year ahead, according to Larry Hu, head of China economics for Macquarie Group.

“In other words, top leaders are deeply concerned about the risk of potential instability,” he added in a Monday research note.

Beijing has been very cautious about intervening in China’s economic recovery during the coronavirus pandemic. It hasn’t cut the country’s benchmark lending rate since early 2020, and has refrained from flooding the economy with stimulus — instead offering more targeted support to smaller businesses that have been hit by the pandemic.
The world’s second largest economy outperformed other big nations during the pandemic, and was the only major global economy to grow last year.
But China has faced a slew of challenges to growth in 2021, including a power shortage, shipping delays and a crisis in real estate. Analysts have also been worried about the effects of the country’s massive crackdown on tech firms and other private companies.
Hu noted that during the Politburo’s meeting last December, the leadership signaled that they would be tightening regulations on private businesses — policies that dominated headlines in 2022.
“This time, the Politburo meeting suggests that the priority has shifted from regulatory tightening to supporting growth,” he added. 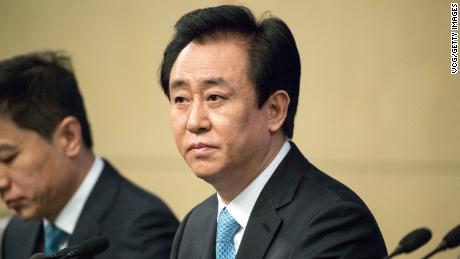 The real estate crisis perhaps looms largest for China. Evergrande — one of the country’s largest and most indebted developers — has been teetering on the brink of default for months. On Friday, it warned that it may not have enough money to meet its financial obligations, an announcement that caused shares to plummet 20% in Hong Kong on Monday.
Analysts have long feared that Evergrande’s collapse could have ripple effects across the property sector in China, which accounts for as much as 30% of GDP.
Prior to Monday’s Politburo statement, Beijing had been pretty firm in cracking down on what it saw as excessive borrowing and unruly activity in the property sector. Xi in 2017 famously announced that “housing is for living and not for speculation” — a statement that has appears to have driven policy in China for years.
But analysts from Citi noted Tuesday that the Politburo shied away from repeating that edict this week, and instead stressed that the country will need to support “reasonable housing demand” in the future.

That, along with the central bank’s ratio cut, “sends a signal that policy will turn more accommodative on property,” they wrote in a research note.
Chinese stocks improved Tuesday after the moves. Hong Kong’s Hang Seng Index (HSI) advanced 2.7%, recovering losses after a drop of 1.8% Monday as property and tech stocks were routed. China’s Shanghai Composite (SHCOMP) closed up 0.2%.
Source: Read Full Article