‘The recalculated ranking showed India should have had a higher ranking earlier (113 in 2012 instead of 132) and lower ranking later (114 in 2018 instead of 100).’
‘This would mean that there has been no change in India’s climate of doing business across two regimes.’
‘This is exactly consistent with the reality on the ground,’ observes Debashis Basu. 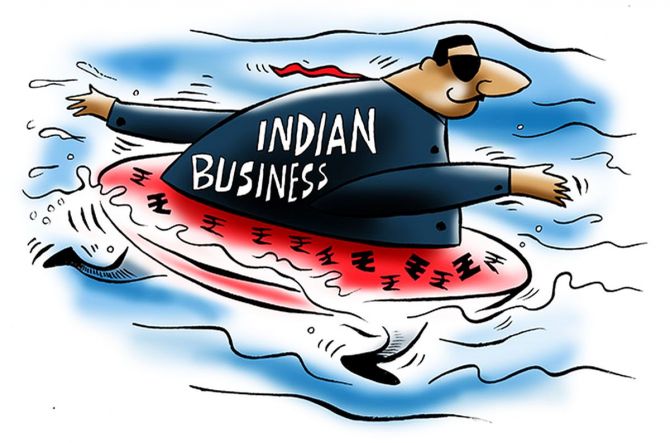 The World Bank on August 27 acknowledged the 2018 and 2020 reports of ‘Doing Business Ranking’, an index on ease of doing business for 190 countries), suffered from ‘data irregularities’ and that changes in the data were inconsistent with the methodology.

The biggest gainers in the 2020 report were Saudi Arabia, Jordan, Togo, Bahrain, Tajikistan, Pakistan, Kuwait, China, India, and Nigeria. The World Bank wouldn’t say the data relating to which countries was irregular.

A Wall Street Journal article has claimed that China, Azerbaijan, the UAE, and Saudi Arabia (all authoritarian countries with no freedom of speech or democratic rights) were the ones that benefited the most.

The World Bank has suspended the Doing Business reports for now, which would deal a minor blow to the Indian government.

It is a blow because the credibility of these rankings, which the government was trumpeting, is now in tatters.

But it is minor because these rankings do not lead to anything concrete such as increased domestic or foreign investment.

But it is certainly an occasion to remind ourselves of three things: One, it is the states’ job to usher in ease of doing business; two, there were flaws in the ranking methodology; and three, the ground reality hasn’t changed much.

When Prime Minister Narendra Modi was campaigning before the 2014 election, he promised us development and good governance.

He touched a chord in the hearts of millions of entrepreneurs running tiny to very large businesses by talking of how difficult India’s business environment is, and how it contrasted with stories of how easy it was to do business in Gujarat, where he was chief minister then.

But India has a federal structure (the Centre and the states divide powers and roles). States impose the largest number of roadblocks to the path of doing business.

The Centre has a much smaller role. There is simply no way Modi could promise an easier business climate without all the states leading the change.

The Centre’s role would have been limited to enacting central legislation that covers some aspects of doing business, such as international trade, taxation, and insolvency resolution.

Most of the permits and licences and laws related to land and labour are in the hands of states. Modi could have worked with the states in which his party, the BJP, was in power to create a low-friction environment, but he hasn’t. But showing improvement in international and credible rankings such as the World Bank’s Doing Business was too good an opportunity to pass up.

But this owed itself to a clever and determined effort in exploiting the multilateral institution’s methodological weaknesses that put disproportionate emphasis on insignificant changes.

India’s ranking shot up — among other things — by eliminating the need for a company seal or rubber stamp to open a bank account, dropping the need to submit a cancelled cheque with employee provident fund applications, removing the need for traders to submit hard copies of documents, and increasing the capacity of an online customs payment gateway.

But it was not limited to gaming methodology.

India gained hugely in ranking because the World Bank changed the methodology itself!

And so, while the Modi government celebrated India’s rapid rise in ranking, World Bank Chief Economist Paul Romer resigned amid controversy over the changes to the methodology of rankings.

The Center for Development recalculated the ranking and showed that India’s rank was more modest.

This would mean that there has been no change in India’s climate of doing business across two regimes. This is exactly consistent with the reality on the ground.

Among Modi’s many catchy slogans is ‘tourism, not terrorism’. But despite ranking eighth among 140 countries under’cultural resources and business travel’, India ranks 109th in ‘tourist service infrastructure’, in a study by the World Economic Forum.

A key component of the tourism ecosystem is restaurants. If the government was really interested in improving the climate of doing business instead of burnishing its image by using the World Bank rankings, it would have noticed, for example, that a restaurant needs up to 15 licences in India compared to four in Singapore and two in Turkey.

This is according to a report titled An Integrated Value Chain Approach to Ease of Doing Business in India, by the Pahle India Foundation.

Notice that all these are state subjects and some are under municipalities. For the babus, each one is an opportunity to make money; some are like Extortion in Monthly Intalments.

I could go on with numerous other examples. Some like taxtortion involve the Centre.

A few days ago, Vallabh Bhansali, a financial expert and die-hard fan of the current regime, said: ‘Unfortunately, in our country, governments don’t like to lose. If some tax regime or provisions go against the government, it changes the law.’

‘The citizen is battered that there is no way his innovation can work and he must always lose. Subsidies, arbitration awards are not paid fully and therefore there is a lack of confidence.’

‘We have gone beyond ease of doing business and come to a stage where the government has to say that please do the business.’

Not a very ringing endorsement of the much-boasted ease of doing business.

Debashis Basu is the editor of www.moneylife.in