Home » Business » They lost everything in the fires

That’s the message from meteorologist Eric Kurth and the National Weather Service in Sacramento, California, as the state deals with a crippling drought and vegetation and grasses that are already beginning to brown.
“We are seeing record levels of dryness for this time of year. It’s more like what we would see later in June than mid-April,” said Kurth.

He is concerned about this year’s fire season on the heels of an extremely dry year in 2020, and the most active fire season that California has ever recorded.

Someone who gets up close to California’s vegetation is Craig Clements. He’s a professor of meteorology and director of the Fire Weather Research Laboratory at San Jose State University.
He and his students visit various sites every two weeks to take samplings of the plants to study their moisture content. On April 1 they noticed something quite alarming when they went to Blackberry Hill just outside of San Jose. He tweeted this graph that illustrates the grim discovery.

Fire season 2021 is looking grim. Our region's FMCs are tracking lower than the minimum– a new record low. This is caused by the lack/delay of new growth. Average is 137%, low is 115%, 2021= 97% #wildfire #CAwx @wildfirecenter pic.twitter.com/u7ekJ2phjv

“April 1 is usually the time of year we have the highest fuel moisture content, and this year they are still dormant because lack of rain,” said Clements.
“They are stressed and there’s no new growth. The plants aren’t responding because of the lack of moisture.” In fact, two out of the three sites they visited, plants were showing no new growth.
Moisture in plants and new growth are what California depends on to help keep wildfires at bay. When the plants lack moisture, fires ignite much more easily and spread faster.

Clements’ trip up to Blackberry Hill uncovered a record low for new growth. A dire situation, but one he isn’t surprised by. “It’s a telling sign of the impact of drought,” said Clements.
He said the plants still have a small window of time to sprout new growth, but because of the delay in new growth, the plants most likely won’t reach their peak and will dry out faster.
Clements said this could lead to more large fires in June than California typically would see.

CW3E End of Winter Summary: Total precipitation during WY 2021 has been well below-normal across much of California. Drought conditions have persisted over Northern CA and worsened elsewhere in the state.

California depends on atmospheric rivers, or plumes of moisture, streaming in off the Pacific to bring in much needed rain each year.
This year, most of the rain events followed a more northerly track, sending a huge majority of the rain and moisture to the Pacific Northwest.
Clements watched these weather events miss Central California time and time again.
“It was dry in January and February, then there was no miracle March,” he said. The result is that 92% of the state is now under drought conditions, which is the largest percentage since March 2016. 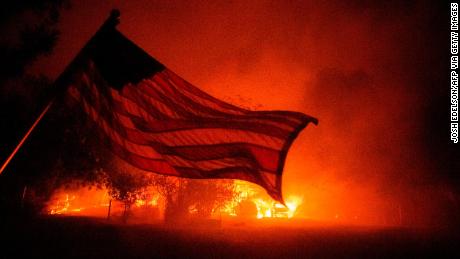 “It could be a big year when it comes to fire acres,” he said. “Climate change has impacted our fire season.”
Climate change is causing tremendous variations in our day-to-day weather. The world is experiencing more weather extremes, and California is feeling the effects.
The state is 70% below normal for total precipitation this water year. The water year begins October 1 and last through September 30 of the following year.
The rainfall deficit is 50 inches below normal, leaving many of the reservoirs extremely low. The California Department of Water Resources is forecasting the statewide reservoir storage to be about 60% of normal after the snowpack melts.

Lake Oroville, the SWP's largest reservoir, is at 53% of average. Statewide CA’s major reservoirs are at just 50% of overall capacity. The amount of water expected to enter CA’s reservoirs when the snowpack melts is only projected to be 58% of average. https://t.co/kPrs0ZqqWi pic.twitter.com/7jRVNRwkPH

The Sacramento Valley usually receives about 85% of its water supply by April 1. This year it has only received just 43%. Many of the streams in this region are flowing at less than 10% of normal. It’s a huge wake-up call for the area as it stares head-on at the upcoming fire season.
“We’re seeing more extremes in terms of year-to-year — big pendulum swings from wet to dry. It’s very unusual,” said Kurth. He worries that these extremes are making the vegetation more vulnerable and unable to recover from one year to the next. “We get these extremes and in recent years it’s been even more extreme,” he says. 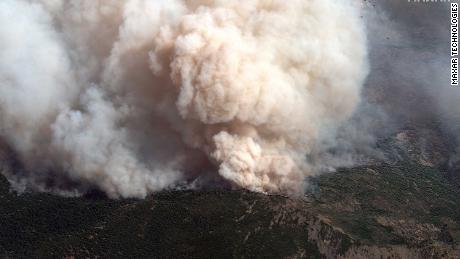 ‘Every year we keep topping the year before’

Chief Jesse Alexander is with the Yuba City Fire Department, north of Sacramento. He along with 51 other firefighters have been on the front lines of some of the most devastating fires in California’s history.
He lists several of the most horrific fires that California has ever seen. He fought the Camp Fire within his own community and explains the toll it takes on the department. 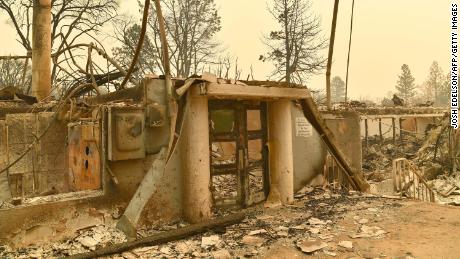 “The Camp Fire impacted you because of the loss of life and devastation, it’s overwhelming.” The Camp Fire was the most deadly and destructive wildfire in California’s history — killing 85 people and nearly wiping the town of Paradise off the map. It burned nearly 19,000 structures. Luckily Alexander’s home was spared.
“Every fire is different, but it seems to keep escalating. Every year we keep topping the year before,” said Alexander.
Alexander said his department will deploy for several weeks at a time. “Especially when there is a fire with a large loss of life, those start to take a toll on you.”
He and his colleagues are many times fighting fires while they don’t know if their own families are safe or if they will have a home to return to. It’s a grim reality they face, yet they continue to fight on the front lines.

Clements and his students will continue their bi-weekly treks, visiting sites to check for growth. They hope in the tiny window that’s left for growth, plants will quickly begin to sprout. “Fuel moisture content is one of the most important factors of fire behavior. It’s very critical, so we are constantly monitoring,” said Clements. 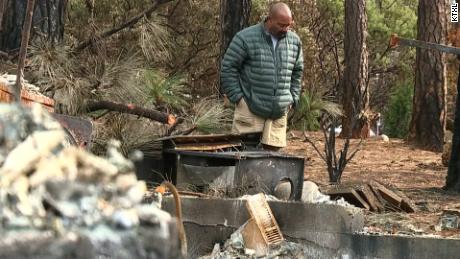 But in the meantime, Clements stresses the importance of the public staying vigilant. “If we don’t have an ignition, then we don’t have a fire,” he said.
Check the fire weather in your area
That’s a sentiment the weather service in Sacramento echos.
“People need to be aware there is a high threat and this year that threat is coming earlier. The grasses are drying out sooner, so things are quicker in terms of us getting into that extreme fire season. Be careful you aren’t a part of starting these fires,” said Kurth.

The weather service also suggests that people who live in California should make a defensible space if they live in vulnerable areas.
Create a buffer between vegetation and your home. Also, have a “go bag” and a plan ready in case you need to evacuate. The time to plan is now, before it’s too late.
Source: Read Full Article