Home » Business » This is what determines the price of gas

New York (CNN Business)For many drivers in California, the possibility of paying $6 a gallon for gas is no longer something to worry about down the road. It’s already a reality.

In Los Angeles County, by far the nation’s most populous with more than 10 million residents, gas now has reached an average price of $6.03 a gallon, according to AAA. Gas prices have also crossed the $6 mark in neighboring Ventura County, nearby San Luis Obispo County and a few mostly rural California counties, while other population centers such as San Diego, San Francisco and Orange counties, are within one or two cents of a $6 a gallon average.
California prices continue to spike even as the national average has been falling — slowly but steadily — for the last two weeks.

Nationally, the average gas price stood at $4.24 Wednesday, according to AAA, down from the record high of $4.33 a gallon set on March 11. The national average has fallen every day since by a fraction of a penny — proving the old adage that gas prices go up like a rocket and come down like a feather.

Not in California, though, where average prices are still going up, rising 16 cents to $5.88 a gallon since the national peak was reached just under two weeks ago. The same goes for Nevada, which gets much of its gasoline from its western neighbor, and where prices have risen 26 cents a gallon to $5.18. In Hawaii, prices have jumped 25 cents to $5.09 a gallon, rounding out the trio of states facing $5-plus a gallon gas.

The main reason for the price disparity is that there are essentially seven major wholesale gasoline markets in the United States: two in California, another for the Pacific Northwest, and the remaining four spread across the rest of the country. That means for those living west of the Rocky Mountains, prices are still climbing, or at best holding steady.

Prices are up 7 cents in Utah, which also gets gas via pipelines from California, to $4.42, and are essentially unchanged in Washington, Oregon and Arizona.
A major factor in the current price surge is an unscheduled outage at a major refinery in Torrance, California three weeks ago, which made an already tight market for gasoline that much tighter, said Doug Shupe, spokesperson for the Auto Club of Southern California.
“This is not a planned maintenance issue. It could take two to four weeks for a refinery to return to full capacity,” Shupe said. “We know drivers are frustrated by it, especially when they’re dealing with higher prices in the rest of their lives.”
Losing even one refinery can cause a spike in prices in the west because capacity has been dropping steadily on the West Coast.
The US Energy Information Administration data shows that refining capacity in western states at the end of last year fell 12% from the end of 2019, ahead of the pandemic, and down 22% since the end of 2007, ahead of the Great Recession.
Some of those refineries closed for financial reasons during those tough economic times. Now some are being converted to process renewable fuels, such as the Marathon Petroleum refinery in Martinez, California. That Bay Area facility stopped refining petroleum products in 2020 and will soon reopen as a renewable diesel refinery.
But losing that facility, and others, in recent years also means that an unexpected problem like the Torrance shutdown can rattle wholesale gas markets, said Tom Kloza, global head of energy analysis for the Oil Price Information Service, which tracks gas prices for AAA. 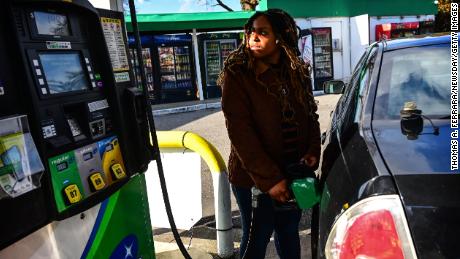 Concern about tougher environmental rules in Western states is keeping oil companies from investing in refineries in the region, Kloza said, because of fears they could be forced to shut down in the near future.
“The West Coast is pretty challenging right now,” he said. “They could use a little more refining capacity or a little less demand.”
Source: Read Full Article