Two reporters for the USA TODAY Network were arrested on Wednesday night while covering a protest in Elizabeth City, North Carolina.

Ayano Nagaishi and Alison Cutler, government watchdog reporters for the Staunton News Leader, were reporting on a small protest for Andrew Brown Jr., an unarmed Black man who was shot and killed by deputies in Elizabeth City. About 50 people had gathered to demand transparency and the release of body camera footage.

Nagaishi was filming a Twitter live video when she and Cutler were approached by police, asking for the “ladies in the vests.”

Nagaishi and Cutler, who were both released at 10:30 p.m, later said after their arrest Wednesday night that they were no more than a foot away from the curb, in a crosswalk, when filming the scene across the street. 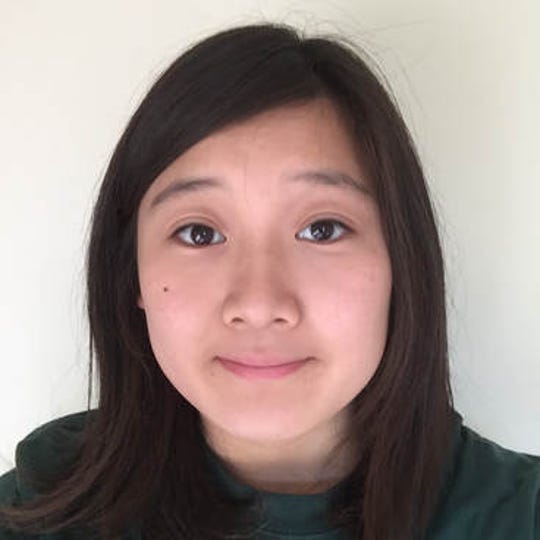 In the video, Cutler is heard asking officers repeatedly why they were being arrested. An officer can be heard replying: “For standing in the middle of the street in the roadway.”

Nagaishi and Cutler were wearing their media vests. They repeatedly identified as media as they were being cuffed.

A citizen was holding Nagaishi’s phone to film the arrest, then an officer confiscated the phone and put it in Nagaishi’s pocket.

The video is over 40 minutes long, as Nagaishi was filming other parts of the protest. It’s unclear whether either reporter will be charged.

In a statement, Maribel Perez Wadsworth, president of the USA TODAY Network and publisher of USA TODAY, said that “we are grateful that Alison and Ayano have been released.”

“Two journalists, clearly identified and doing their jobs, should never have been arrested in the first place,” she said. “These senseless attacks on press freedom must stop.”

The arrests happened about five minutes after police and the protesters dispersed from a tense scene on a larger main street shortly before 9:00 p.m. Police threatened to arrest protesters for a law that prohibits, according to their announcement, standing, sitting, or lying on a street or roadway.

​Protesters walked several blocks on the sidewalk and came to a street where two white police inmate transport buses were parked. Those buses had additional police inside.

Brown, 42, was shot April 21 as county deputies attempted to serve him with arrest warrants over “the sale of uncontrolled substances,” District Attorney Andrew Womble said.

The Pasquotank County district attorney on Tuesday announced that a state investigation found Brown endangered the deputies by using his vehicle as a deadly weapon while resisting arrest last month. The deputies involved – Investigator Daniel Meads, Deputy Robert Morgan and Cpl. Aaron Lewellyn – were justified in their actions and will not face criminal charges, Womble said.

Pasquotank County Sheriff Tommy Wooten said Tuesday the deputies who shot Brown will keep their jobs but be “disciplined and retrained.” Morgan is Black and Meads and Lewellyn are white, according to the sheriff. Four others who were at the scene were reinstated after the sheriff said they didn’t fire their weapons.

The decision prompted protests Tuesday night in Elizabeth City, about 170 miles northeast of Raleigh. About 70 people gathered to demand transparency and the release of body camera footage.