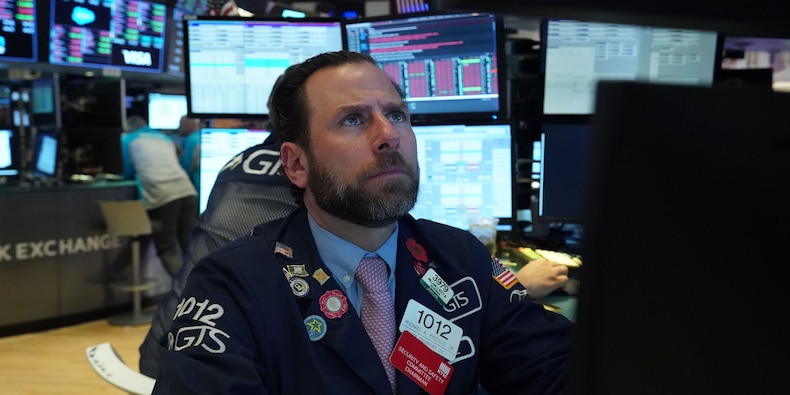 US stocks rose slightly on Wednesday after Treasury Secretary Janet Yellen said she doesn’t expect inflation to be a problem, underplaying previous comments that it may be necessary to raise interest rates to prevent economic overheating.

Futures on the Dow Jones, S&P 500, and Nasdaq rose 0.3%, suggesting a higher start to trading at the market open.

Yellen’s remarks the previous day were likely about longer-term rates, rather than breaking historic convention and commenting on monetary policy, Deutsche Bank strategists said. She also seemed to project the Fed has the necessary tools to address inflation if it were to occur.

But her initial comments prompted a sell-off in tech shares and sent longer-dated Treasury yields higher.

“So it seems like a small matter-of-fact statement has been magnified around financial markets, which just shows how sensitive we all are to rates and inflation,” Deutsche’s strategists said.

A decline in large-cap Wall Street tech darlings led the Nasdaq 1.6% lower at Tuesday’s close as investors dumped their shares on concerns of rising interest rates.

With the S&P 500 around 1% away from record highs, UBS Global Wealth Management says plenty of good news is priced into the market, suggesting stocks are potentially vulnerable to disappointments.

Chief investment officer Mark Haefele said such worries can continue to be seen as a source of volatility rather than developments that are likely to end the equity rally.

“Investors can brace for future bouts of volatility through diversification, and use market swings as an opportunity to build long-term exposure,” he said “We believe the backdrop of accelerating growth and continuing policy support means that markets can advance further.”

Investors in Europe initially took their cue from the weakness across the US market, but those losses reversed with another busy start to corporate earnings and a burst higher in the commodities complex. Results from car manufacturer Stellantis, insulin-maker Novo Nordisk, and Danish shipping company AP Moller-Maersk are due.

Surging commodity prices pushed up mining stocks in the region, as recovery sentiment lifted. UK mining stocks including Rio Tinto, BHP, and Anglo American each rose about 2% alongside copper prices rising past $10,000 a tonne for the first time in years.

Oil prices climbed against the backdrop of easing lockdowns in the US and Europe. Brent crude futures rose 3%, to $69.70 per barrel, and West Texas Intermediate rose 1.1%, to $66.45 per barrel.