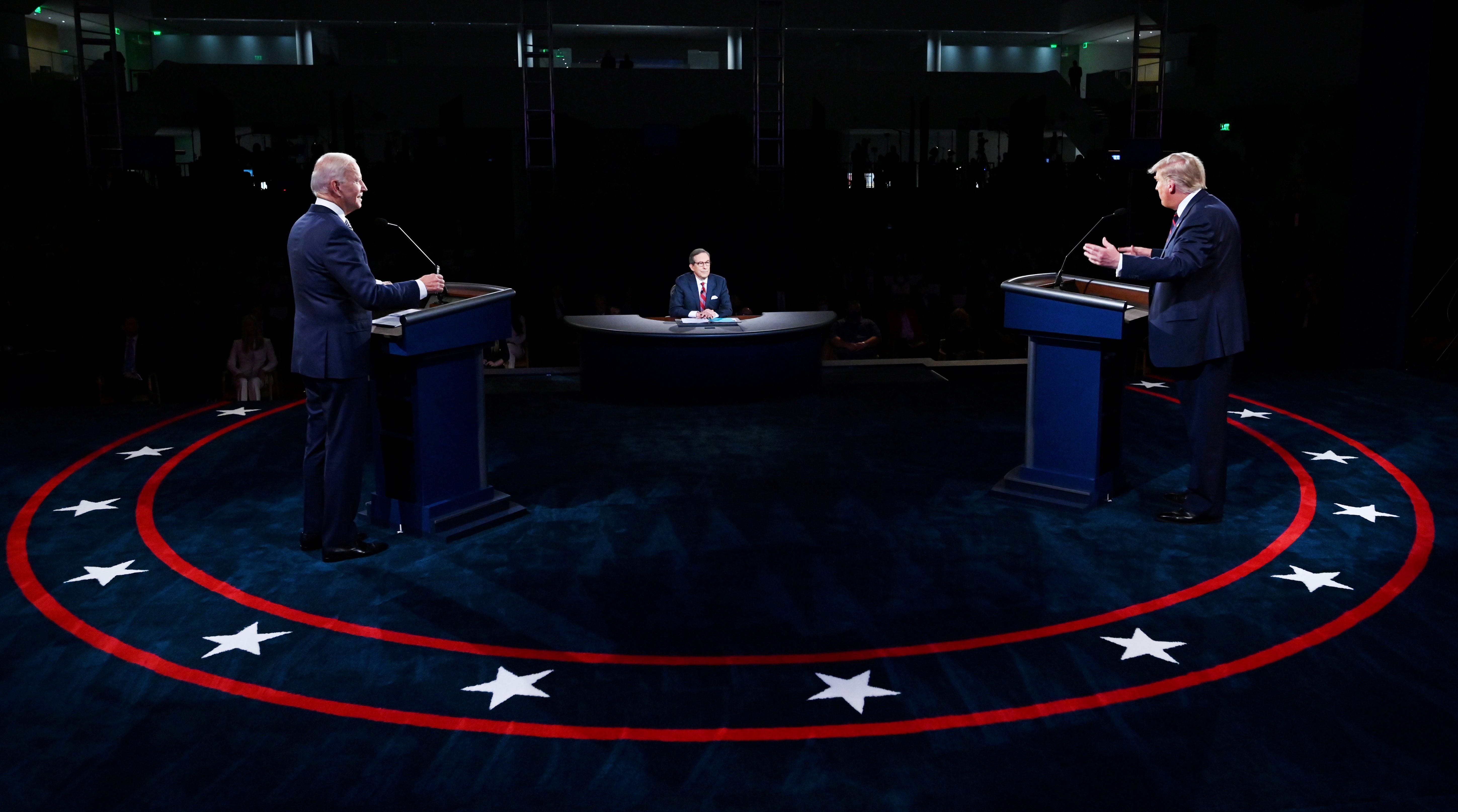 US stock futures fell on Wednesday, under pressure from renewed uncertainty over the outcome of the November election, following what pundits called a “chaotic” presidential debate between Republican Donald Trump and Democrat Joe Biden overnight.

In Europe, major indices took their lead from the weakness across the US markets, rather than the modest show of strength in Asia on the back of Chinese manufacturing data that showed factory activity in the world’s largest economy continues to recover.

“Equity markets in Asia are largely positive in the wake of the manufacturing data from China, but the US index futures have drifted lower in the last few hours on the back of the first US Presidential debate,” CMC market strategist David Madden said.

“The event was described by some as ‘chaotic’ as both candidates were regularly interrupting each other,” he said.

Read More: UBS says the chances of a Democratic sweep have risen to 50% as Trump and Biden square off in their first debate. These 9 assets will help investors profit if a blue wave comes crashing in.

Meanwhile, a private survey of Chinese manufacturing showed factory activity continued to expand in September. The Caixin survey came in at 53, against estimates for 53.1, while the official manufacturing Purchasing Managers Index for September was 51.5, up from August’s 51, and versus a forecast for 51.2.

In spite of the signs of improvement in the Chinese economy, banks, airlines and travel stocks were among the biggest laggards in early European trade. London-listed budget airline EasyJet was down 1.4% while German carrier Lufthansa was down 1.1%. The FTSE 100 was virtually flat, while Frankfurt’s DAX fell 0.1% and Paris’ CAC 40 fell 0.4%.

The pound fell across the board following data that confirmed the British economy entered recession in the second quarter of this year, although the contraction was not as bad as initially thought.

“It’s not clear the presidential debate will have some big sway on markets across Wednesday. It’s been described as the worst debate ever and most will probably agree it won’t have swung the dial in either direction,” London Capital Group strategist Jasper Lawler said. “American political moderates and undecideds are left with a difficult choice after those performances.”

Highlighting the souring in investor risk appetite was the broad-based decline in commodities, which tend to benefit from a weaker dollar. Silver lost over 2% on the day to trade around $23.90 an ounce, while nickel, which is predominantly used in stainless steel, fell 0.8% to $14,340 a ton on the London Metal Exchange.

Crude oil came under pressure, with Brent crude futures dropping 0.6% to $41.43 a barrel, while WTI futures fell 0.5% to $39.11 a barrel. With rising cases of Covid-19 fueling concern about more restrictions on movement and limited air travel, oil prices are struggling to make any upward headway beyond $40 in Brent and $39 in WTI, with both contracts set for a roughly 8% decline this month.

Read More: JPMORGAN: The best defenses against stock-market crashes are delivering their weakest results in a decade. Here are 3 ways to adjust your portfolio for this predicament.