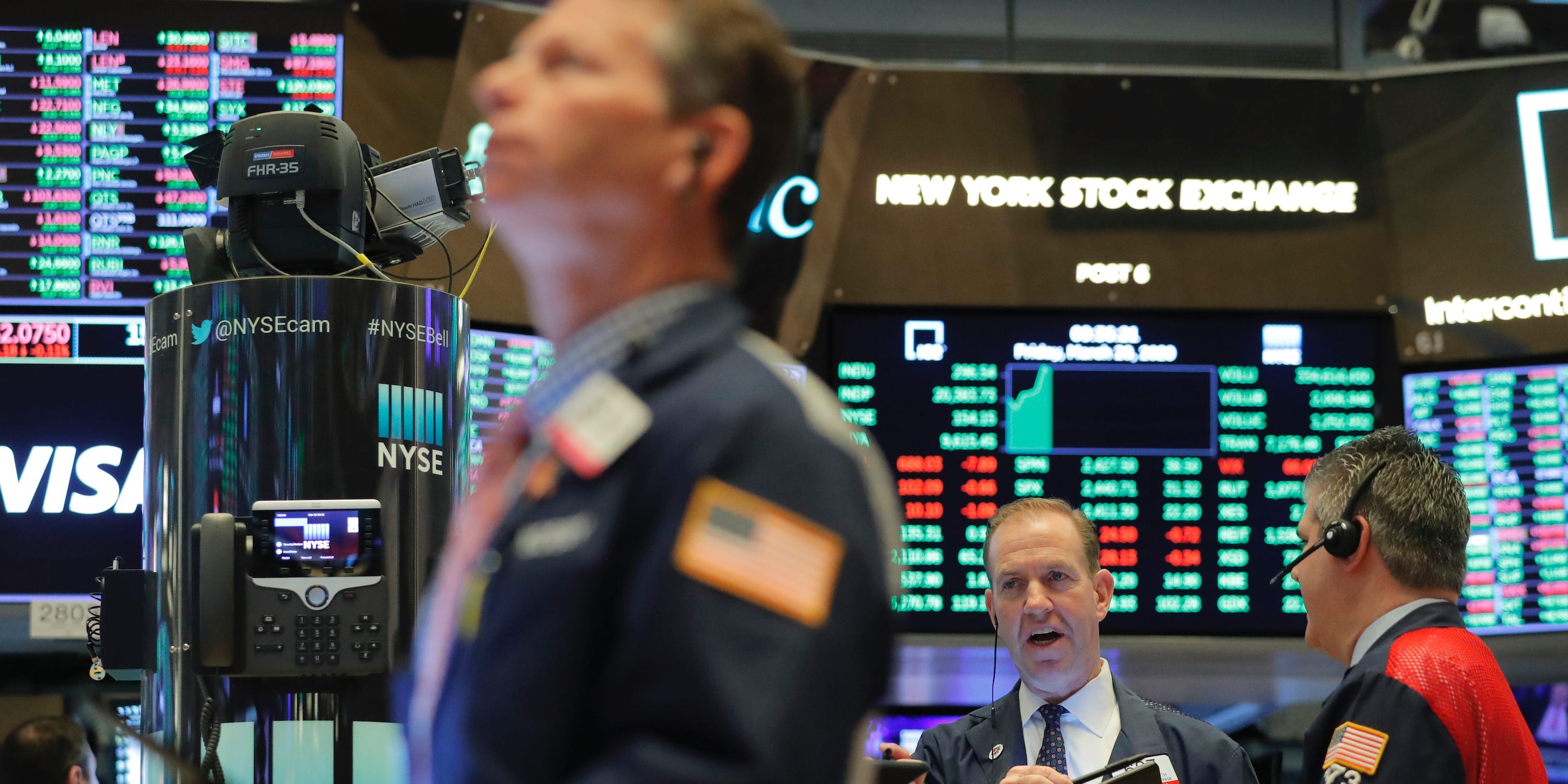 US stocks finished the day lower on Tuesday, with the tech-heavy Nasdaq 100, the Dow, and the S&P 500 indexes all sliding into the close.

Investors have their eyes on Tuesday night’s presidential debate, where President Donald Trump will square off with Joe Biden, the Democratic nominee, for the first time.

The heightened politics heading into the November election have reduced investors’ hope that Congress will soon pass an additional stimulus package. But House Democrats on Monday proposed a COVID-19 relief package worth $2.2 trillion. It would restore the $600 weekly unemployment benefit and has many measures designed to appeal to Republicans, including aid to the airline industry.

Here’s where US indexes stood soon after the 4 p.m. market close on Tuesday:

Read more: BANK OF AMERICA: Buy these 11 stocks to profit as e-commerce and robotics revolutionize their businesses and keep them growing faster than peers

A measure of consumer confidence posted its biggest spike in 17 years as consumers bounce back from the economic decline caused by the COVID-19 pandemic.

UBS said that while investors could expect the presidential debate to produce little policy substance, it could matter which candidate is thought to be the winner.

“Perceptions of performance and whether candidates were able to change the views of floating voters does make a difference,” UBS said.

The economist Mohamed El-Erian said on Monday that investors shouldn’t hold out hope for additional stimulus from Congress or the Federal Reserve.

Goldman Sachs said that a Democratic sweep in November would be “modestly positive” for US corporate earnings.

Read more: JPMORGAN: The best defenses against stock-market crashes are delivering their weakest results in a decade. Here are 3 ways to adjust your portfolio for this predicament.

Oil prices slid as investors questioned whether demand would sharply bounce back from the COVID-19 pandemic. West Texas Intermediate crude fell as much as 5.32%, to $38.41 per barrel. Brent crude, oil’s international benchmark, fell 4.87%, to $40.43 per barrel, at intraday lows.