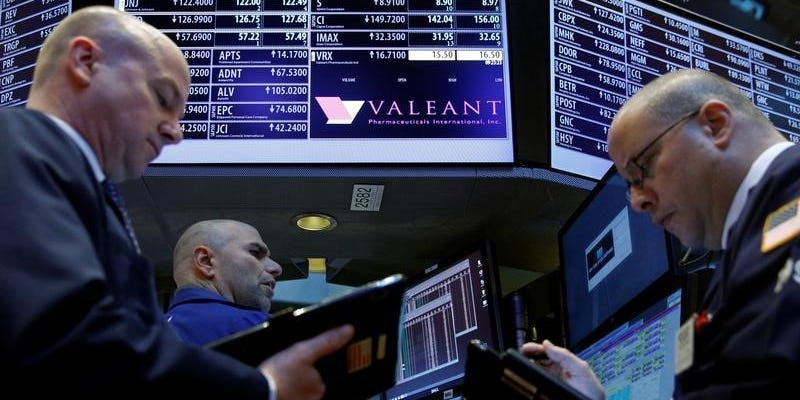 US equities traded mixed on Tuesday amid a rally in work-from-home stocks and positive manufacturing data out of China.

Zoom surged after reporting second-quarter earnings on Monday afternoon that handily beat Wall Street’s estimates. The company’s revenue more than quadrupled from the year-ago period, and earnings for the quarter were more than double what analysts expected. Zoom also boosted its forward guidance.

Other work-from-home stocks including Slack, Okta, and DocuSign gained following the earnings beat.

Here’s where US indexes stood shortly after the 9:30 a.m. ET open on Tuesday:

Read more: GOLDMAN SACHS: Women portfolio managers are outperforming their male counterparts so far in 2020. These are the 25 stocks they own the most compared to men.

Chinese manufacturing indicators offered investors an optimistic look at economic recoveries abroad. The Caixin China purchasing manufacturers index — which primarily tracks small manufacturers — gained to 53.1 in August from 52.8, Caixin and Markit said Tuesday. The reading is the gauge’s highest since January 2011 and indicates strong expansion in the once-beleaguered industry.

Apple continued to rally after its stock split went into effect on Monday. Tesla gained post-split as well, though the automaker slid on Tuesday after announcing it will sell up to $5 billion in new stock.

Walmart gained after announcing its Amazon Prime competitor, Walmart+, will launch in mid-September.

Read more: David Baron’s fund has returned 93% to investors in the last 12 months thanks to a Tesla bet 5 years ago. He told us why he thinks the electric-car behemoth has much further to run, despite its huge rally.

Tuesday’s gains follow the S&P 500 notching its best August since 1986. The S&P 500 and the Nasdaq composite posted numerous record highs through the end of the month on surging tech giants, while the Dow erased its 2020 losses. Stocks leaped through the month on promising consumer spending trends and a new monetary policy framework from the Federal Reserve that aims to boost employment and stabilize inflation.

Spot gold approached the $2,000-per-ounce threshold after falling below it in mid-August. The precious metal has swung higher in recent sessions as the US dollar returns to two-year lows and investors digest the Fed’s new inflation strategy.

US Investing Championship hopeful Matthew Caruso landed a 382% return in the first half of 2020. He shares the unique twist he’s putting on a classic trading strategy — and 3 stocks he’s holding right now.